Forecasters point to 2.1% annualized expansion as impact of disasters fades 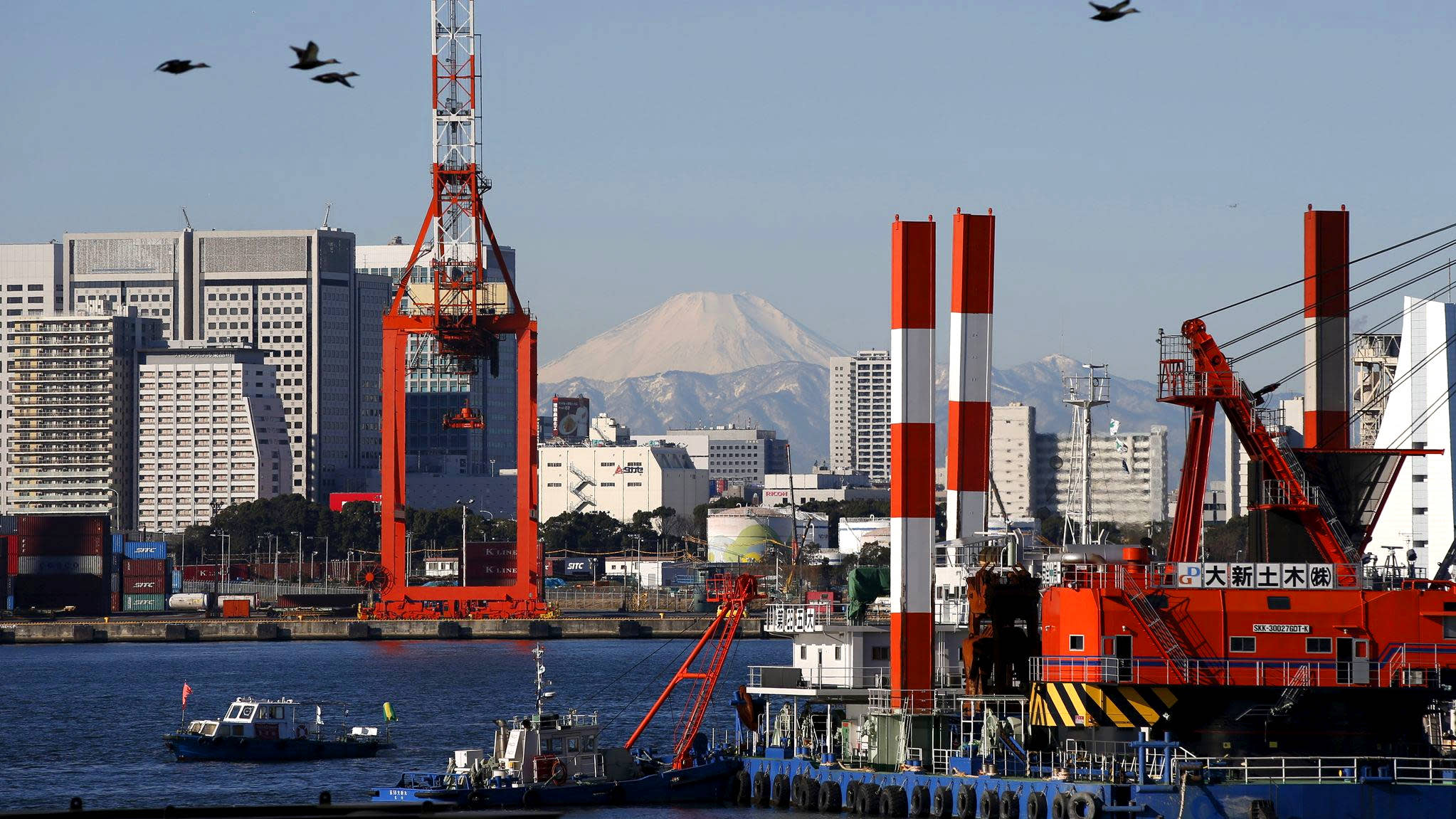 TOKYO -- Japan looks set to end the year with a return to moderate economic growth as the effect of typhoons and earthquakes that caused a third-quarter contraction recede.

Real gross domestic product for the October-December period is estimated to grow at an average annualized rate of 2.1%, according to a Nikkei survey of 16 private economists.

July-September GDP fell 0.3% from the previous quarter for an annualized drop of 1.2%, preliminary government data out Wednesday showed, mainly owing to a summer beset by natural disasters.

Consumer spending, which accounts for more than half of GDP, edged down 0.1%. In addition to soaring prices for fresh foods like vegetables because of inclement weather, consumption was dampened by natural disasters that reduced dining and shopping opportunities.

Exports fell 1.8%. Shipping capacity was reduced by the closure of Osaka's Kansai International Airport due to flooding, which also reduced the number of visitors to Japan, depressing inbound consumption. Capital spending shrank 0.2% because of disaster-related supply interruptions.

But Japan's economy seems to be on track for a recovery starting in October as the impact of these natural disasters fades. Capital investment is poised to increase as consumption rallies and supply constraints in areas like logistics are eased. Japanese companies are eager to invest in equipment due to the country's chronic labor shortages.

Reconstruction is underway in areas hit by the natural disasters, and a rebound in production is expected to make up for a drop from July through September. The employment and income environment is also sound.

The estimated 2.1% growth rate for October-December tops Japan's potential growth rate of about 1%.

The economy is expected to slow in early 2019 before peaking in the July-September quarter of that year, according to the economists' forecast. Demand is likely to be inflated by last-minute shopping before a consumption tax hike scheduled for October. 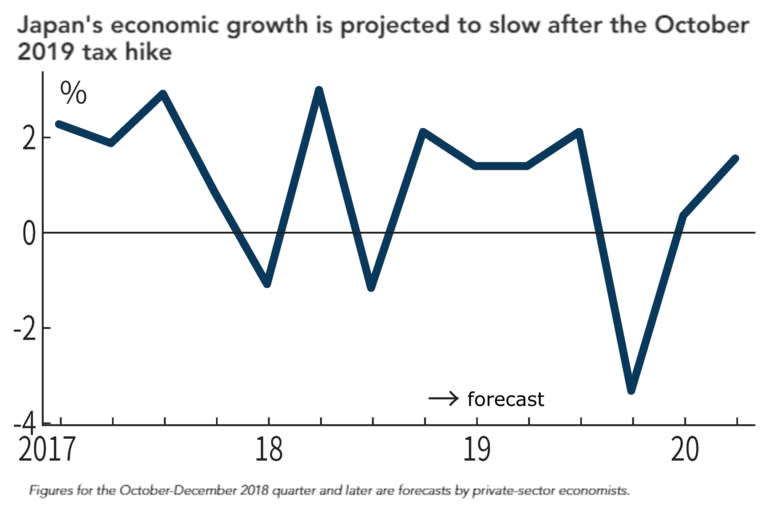 Concerns about downward pressure are growing due to a slowing international economy. The International Monetary Fund downgraded its growth estimate for 2018 and 2019 by 0.2 percentage point each in October from July.

The Japanese economy will initially feel the impact in exports. "The pace of recovery in exports will slow as economies overseas slow outside of the U.S.," said Taro Saito at NLI Research Institute in Tokyo.

China's GDP in the July-September period expanded 6.5% on the year, a 0.2 percentage point decrease from the previous quarter. Companies in China are increasingly holding off on capital investment due to economic uncertainty, sapping orders from certain industries in Japan.

"If exports slump more than expected on factors like the slowing Chinese economy, it will put downward pressure on the Japanese economy as a whole," said Kentaro Arita, senior economist at Tokyo's Mizuho Research Institute.

U.S. President Donald Trump, who will have a more difficult time passing legislation now that his Republican Party has lost its majority in the House of Representatives, "is expected to go on the offensive" in areas where he can operate independently, like foreign relations and trade, said Kenshiro Kamo at Hamagin Research Institute in Yokohama.

The global economy could cool further if international trade shrinks owing to the tariff war between the U.S. and China. Washington is not expected to impose auto tariffs on Japan during coming trade talks with Tokyo, but Trump could change his mind if negotiations become complicated.

The global economic slowdown will become more evident as U.S. growth weakens due to the waning effect of tax cuts, among other factors.