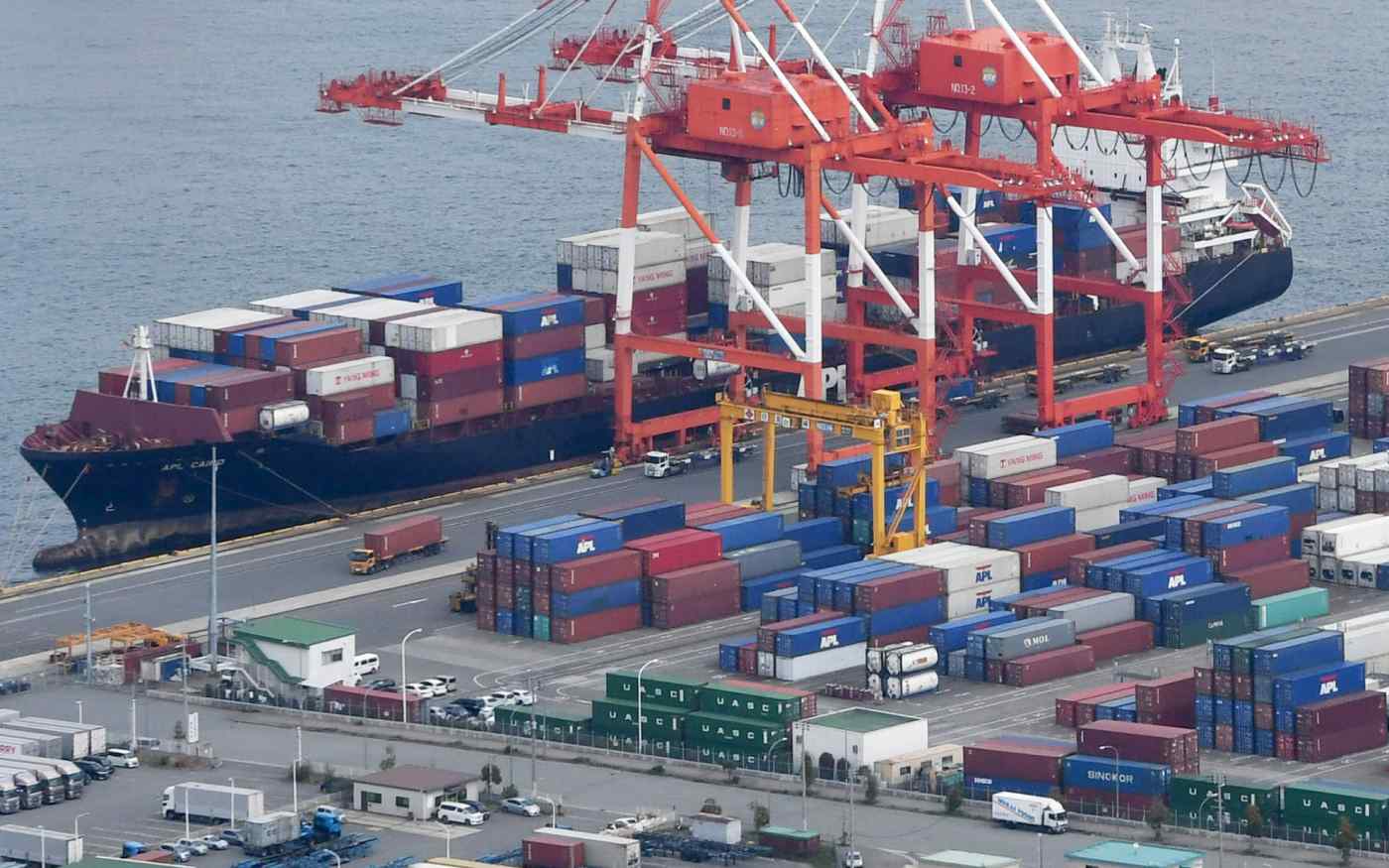 Strong demand for semiconductor manufacturing equipment was the major factor, with shipment values rising by over 30% for all of Asia and nearly 50% for China.

The emergence of the internet of things, in which more and more devices are connected, drove purchases by manufacturers in countries such as China and South Korea.

The unprecedented flow to Asia pushed up Japan's overall export value by 11.8%, to 78.29 trillion yen -- the first increase in two years.

Exports to the U.S., where President Donald Trump may turn increasingly protectionist as midterm elections loom, rose 6.8% to 15.1 trillion yen, driven by a rise in shipments of large vehicles. 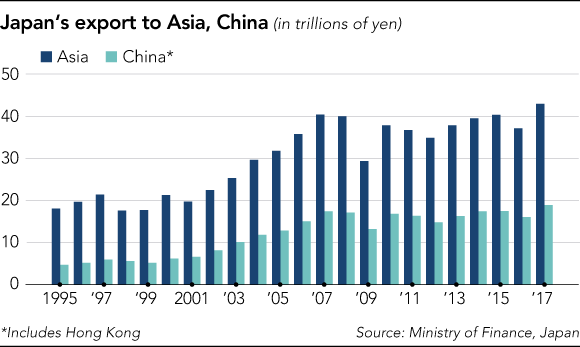 The Bank of Japan, which released its "Outlook for Economic Activity and Prices" report on Tuesday, said exports are "expected to continue their moderate increasing trend on the back of such growth in overseas economies," and that the increase in exports "is expected to underpin [Japan's] economy."

Despite the brisk shipments to Asia, Japan's trade surplus shrank 25.1% on the year to 2.9 trillion yen, as the uptrend in crude oil and other energy prices boosted the value of imports, as did a weaker yen. For December only, the country logged a trade surplus for the seventh straight month, at 359 billion yen, but the number was 43.5% lower on the year. Exports in the month grew 9.3% on the year to 7.30 trillion yen, while imports climbed 14.9% to 6.94 trillion yen, the ministry said.

In any case, strong overseas demand has Japan's economy on a roll: It expanded for the seventh consecutive quarter in July-September, the longest uninterrupted stretch since 1994.