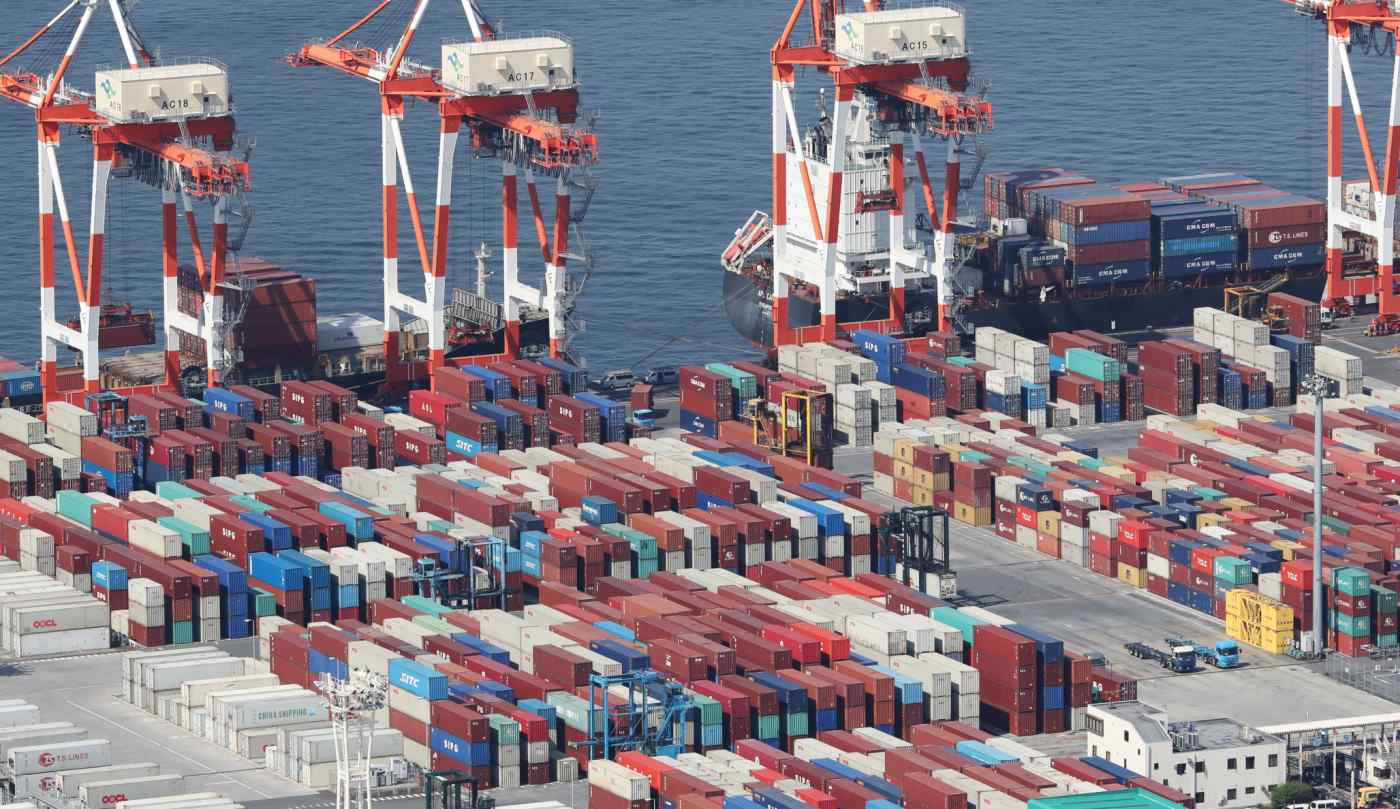 TOKYO -- Japan's exports to China fell 10.1% on the year in June and marked the fourth straight monthly decline, as the slowing Chinese economy casts a pall on the outlook for its neighbor.

Imports from China also declined, by 5.3%, as inbound shipments of smartphones and other communications equipment declined 24.8%.

Japan's total exports to the rest of the world fell 6.7%, the seventh straight decline, as the impact of the U.S.-China trade war reverberates across Asia.

Total imports fell 5.2%, leaving Japan with a trade surplus of 589.5 billion yen ($5.4 billion), down 19%. Taken together, the numbers illustrate how the deteriorating external environment is affecting the domestic economy. One consensus forecast predicts Japan's economy shrank 0.2% on the quarter in the April-June period, based on a survey conducted by the Japan Center for Economic Research.

China reported on Monday that its economic growth slowed to 6.2% on the year in April-June -- the weakest pace in at least 27 years.

During the month of June, Japan's exports to the U.S. -- its largest export market -- increased 4.8%, the ninth straight increase. But that was not enough to offset the weakness in exports to China and the rest of Asia.

For the January-June half, exports fell 4.7% on the year, marking the first decline in two and a half years.