Japan's exports to China slide 9.7% in May amid trade tensions 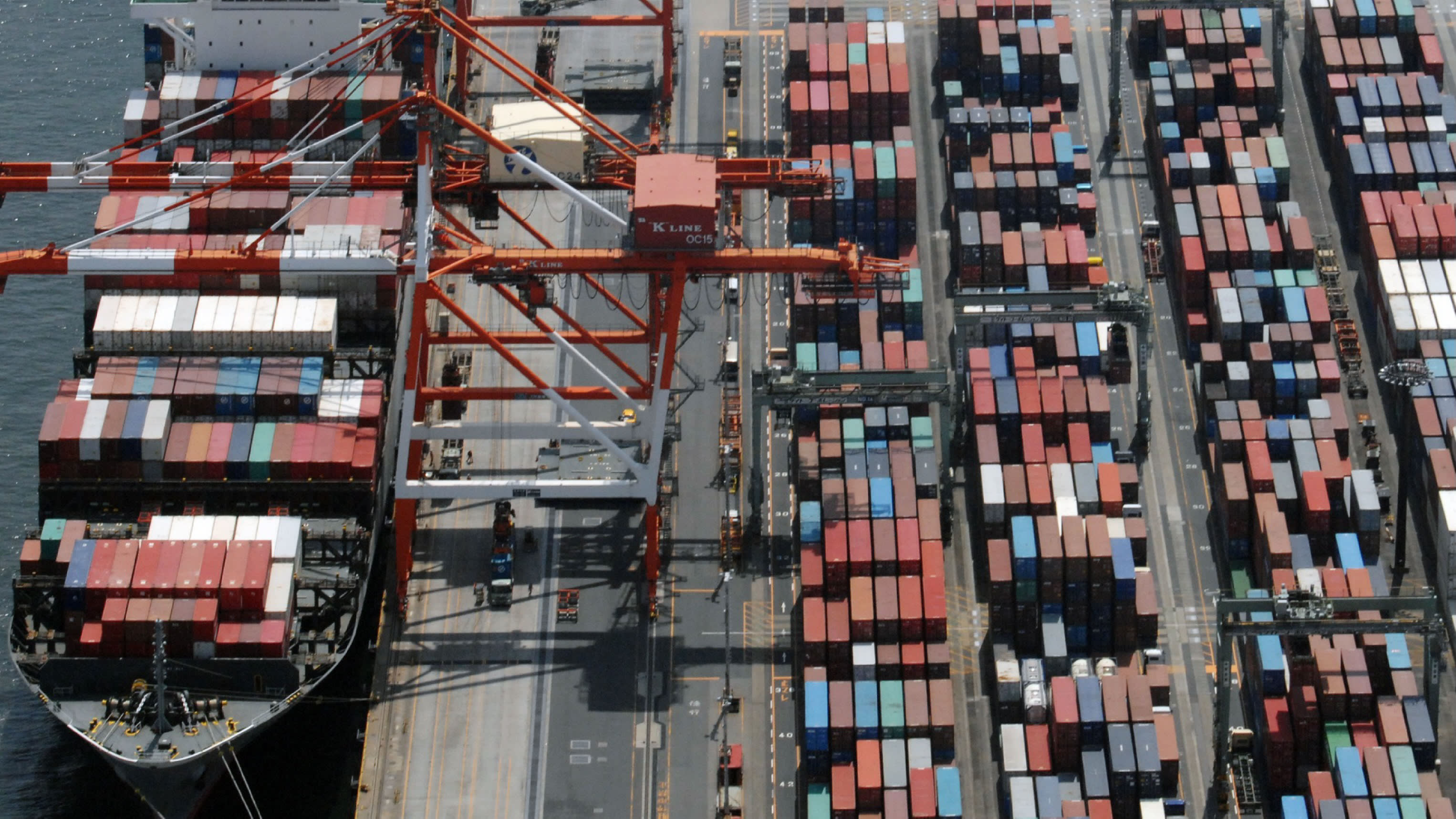 Shipping containers are seen at a port in Tokyo.Japan's exports drop for the sixth consecutive month. (Photo by Tsuneyuki Kenmochi)

The deficit stood at 967.1 billion yen ($8.9 billion) with exports dropping 7.8 percent from a year earlier to 5.84 trillion yen, down for the sixth consecutive month, and imports declining 1.5 percent to 6.80 trillion yen, the first decline in three months, according to a preliminary report by the Finance Ministry.

Japan's China-bound exports, including semiconductor manufacturing equipment and auto parts, tumbled 9.7 percent from a year earlier for the third straight month of decline.

Imports from China dipped 0.9 percent, leaving Japan with a deficit of 391.7 billion yen against its largest trading partner.

Japan's trade surplus with the United States grew 14.8 percent to 395 billion yen, up for the third straight month, on solid demand for automobiles, although Trump hopes to reduce Washington's massive deficit with Tokyo.

With the European Union, Japan had a record trade deficit of 251.5 billion yen due to imports of aircraft from France.

Against the whole of Asia, including China, Japan's trade surplus plunged 94.1 percent due in part to a decrease in exports of tech-related manufacturing machinery to South Korea as major makers in the country adjusted their production.

The figures were compiled on a customs-cleared basis.