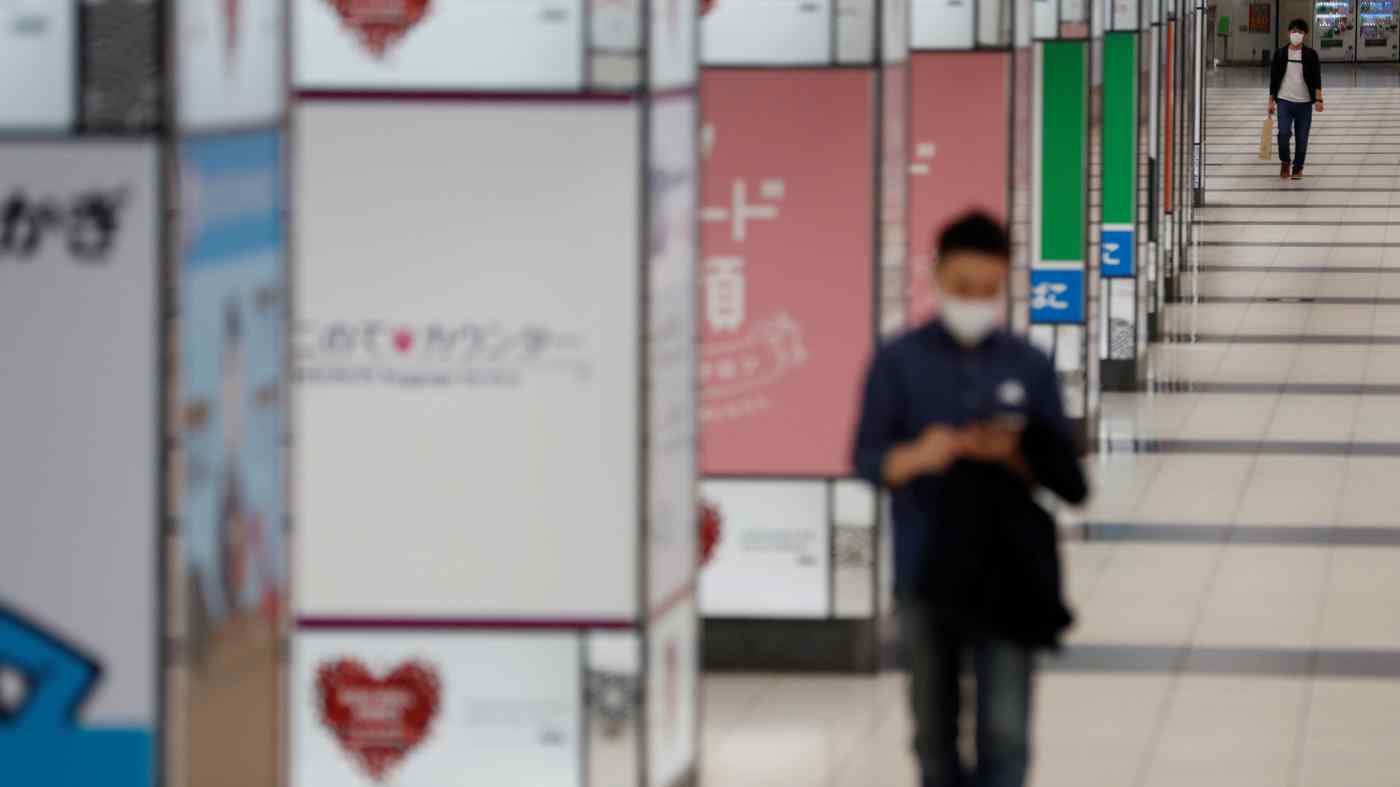 Restrictions meant to fight the novel coronavirus have emptied train stations and walkways in Tokyo and dragged down consumer spending.   © Reuters
May 8, 2020 10:02 JST | Japan
CopyCopied

TOKYO (Reuters) -- Japan's household spending fell in March at the fastest pace in five years as the coronavirus outbreak kept shoppers at home, underscoring the deepening pain the health crisis has had on the world's third-largest economy.

Separate data showed overtime pay -- a barometer of strength in corporate activity -- plunged at a record pace in March, a sign companies were hit by shrinking business even before the government announced a state of emergency in early April.

The weak readings will keep policymakers under pressure to ramp up fiscal and monetary support for an economy on the cusp of deep recession.

"Household spending will probably be pretty bad in April, but the impact of the pandemic was already quite significant in March," a government official told reporters at a briefing.

Household spending slumped 6.0% in March from a year earlier following a 0.3% fall in February, marking the biggest drop since March 2015, government data showed on Friday.

The decline, while a tad smaller than a median market forecast for a 6.7% fall, was the biggest annual drop since comparable data became available in 2001, the official said.

Inflation-adjusted real wages fell in March for the first time in three months as overtime pay slumped 4.1% from a year earlier, falling at the fastest pace on record.

The spending data will likely drag on preliminary first-quarter gross domestic product (GDP) data due on May 18.

A Reuters poll taken last week showed analysts expect the economy to have shrunk an annualised 4.5% in January-March, before plunging 22% in the current quarter.

The health crisis hit an economy that already suffered a contraction in the final quarter of last year due to the hit on consumption from an October sales tax hike.

With infections in Japan exceeding 15,000, the government extended a state of emergency on Monday through to the end of the month, pressuring companies to shut down factories and stores longer than previously expected.