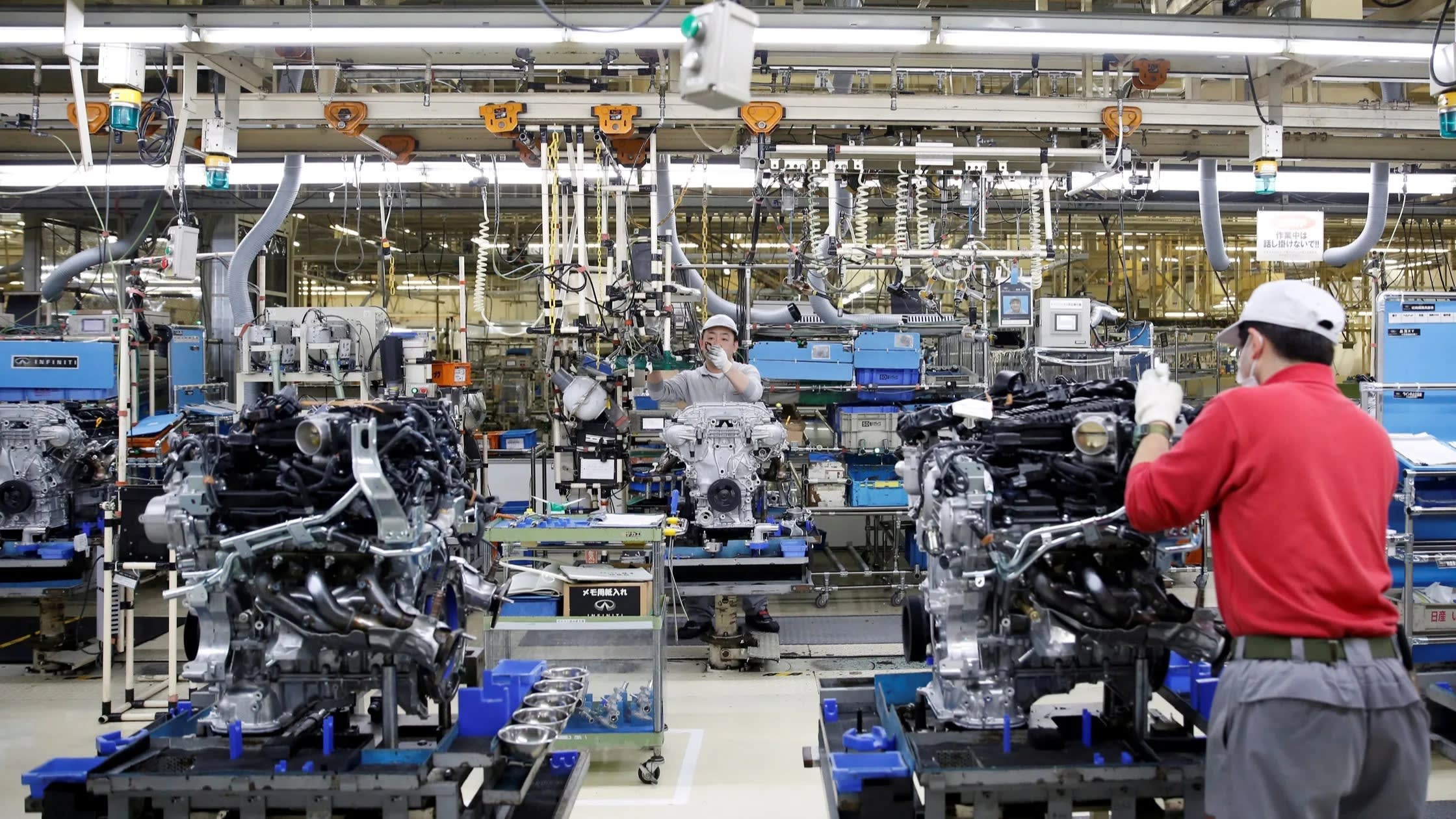 The main assembly line for V6 engines at Nissan's Iwaki Plant in Iwaki, Fukushima Prefecture. Factory output in October was pushed down by lower production of passenger cars and engines, as well as general purpose and production machinery.   © Reuters
November 29, 2019 09:51 JSTUpdated on November 29, 2019 10:29 JST | Japan
CopyCopied

TOKYO (Reuters) -- Japan's industrial output slipped at the fastest pace since early last year in October, exposing widening cracks in the economy which faces a decline in domestic and foreign demand.

That was the fastest decline since January last year.

Manufacturers surveyed by the Ministry of Economy, Trade and Industry expect output to decline 1.5% in November and rise 1.1% in December, the data showed.

Production was pushed down by a decrease in output of passenger cars and car engines, as well as general purpose and production machinery, the data showed.

The weak reading follows other gloomy data released this week that may further fuel calls on the government to craft a large stimulus package to keep the country's economic recovery intact.

Official data on Thursday showed retail sales plunged at their fastest pace since early 2015 in October after the government went ahead with a twice-delayed sales tax hike that month, boding ill for domestic demand.

The hit to consumption from the tax hike, which was raised to 10% from 8%, was also exacerbated by a powerful typhoon that swept across eastern and central Japan last month.

A government official said output was negatively impacted by temporary shutdowns of factories due to the typhoon and slowing production of big-ticket items following the tax hike.

Factory activity and the broader economy are likely to remain under pressure as weak manufacturers' confidence, soft retail consumption and a delayed pickup in global growth hit demand.

Japan's decision to implement the sales tax hike is seen as a crucial move to repairing the industrial world's largest public debt, which is more than twice the size of its $5 trillion economy.

But under the Bank of Japan's current accommodative monetary policy, lawmakers could also step up calls for increased fiscal spending at a time when financing costs are extremely low.