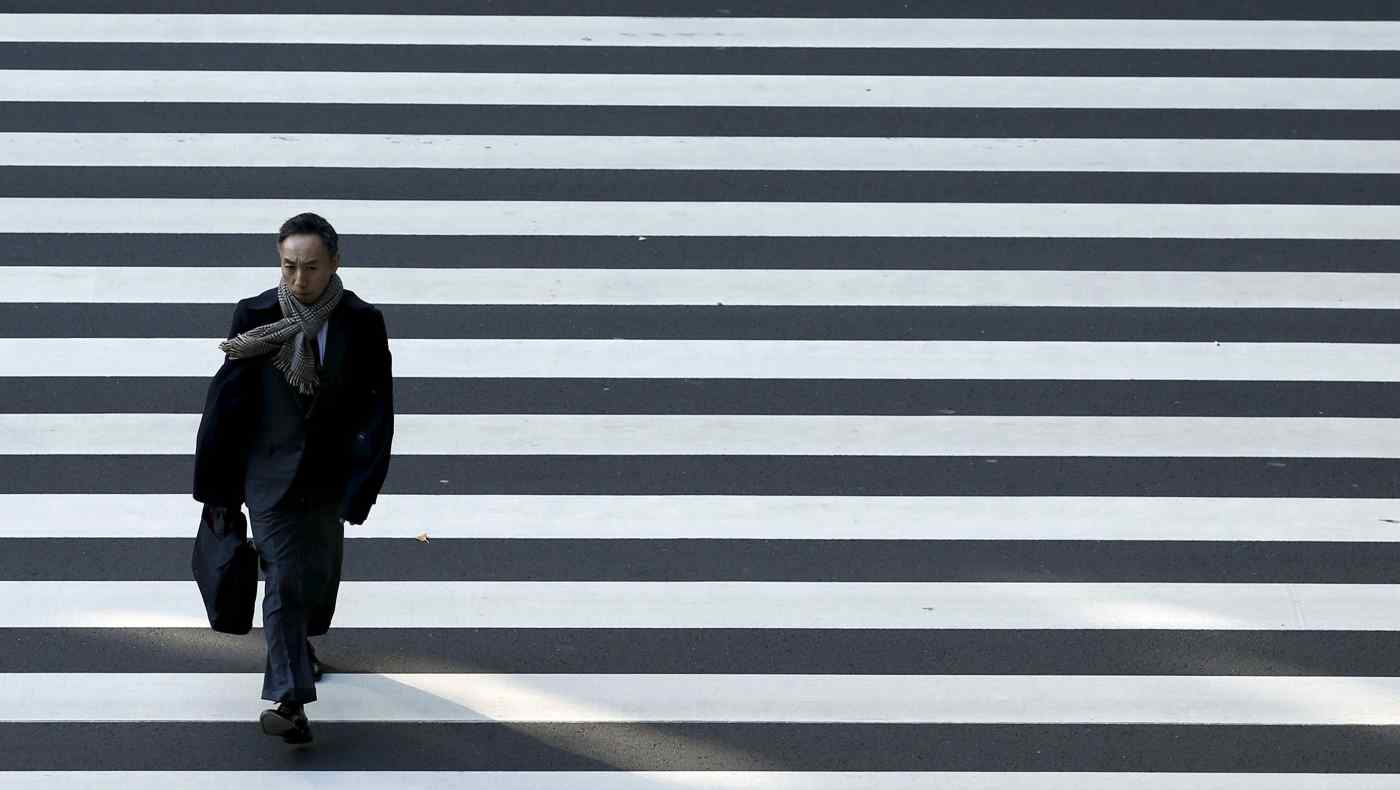 TOKYO -- The number of long-term jobless is declining in Japan, as companies ease employment conditions to respond to the country's labor shortage.

The number of people out of work for more than a year came to 480,000, according to the Labor Force Survey for the July-September quarter released by the Ministry of Internal Affairs and Communications recently. That represents a drop of 30,000 on the previous quarter and is the lowest figure since the ministry began issuing quarterly surveys in 2002.

Long-term unemployment has fallen to nearly 40% of its peak in mid-2010, mainly because the number of job openings that require no experience has increased.

The Organization for Economic Cooperation and Development, among other organizations, has criticized Japan's relatively high long-term unemployment figures, citing low labor mobility as a problem.

However, the long-term unemployed made up 28.9% of the total 1.69 million people out of work, a ratio that fell 8.3 percentage points on the year in the July-September quarter and dropped below the OECD average of 31% for 2017.

Japan's long-term unemployment number peaked at 1.28 million in the July-September quarter of 2010, due to a surge of redundancies mainly in the manufacturing sector after the 2008 global financial crisis. The figure has dropped by more than 60% since then.

But Japan's labor market has tightened, with the country's jobs-to-applicants ratio hitting a 44-year-high of 1.64 on a seasonally adjusted basis in September. Many companies are relaxing employment conditions to secure the personnel numbers they require.

According to employment agency En-Japan, in the last twelve months, the number of full-time positions for which employment gaps did not present a problem jumped 260% from three years earlier, while roles that did not require experience increased 130%. Such positions are more prevalent in sectors such as nursing and health care. 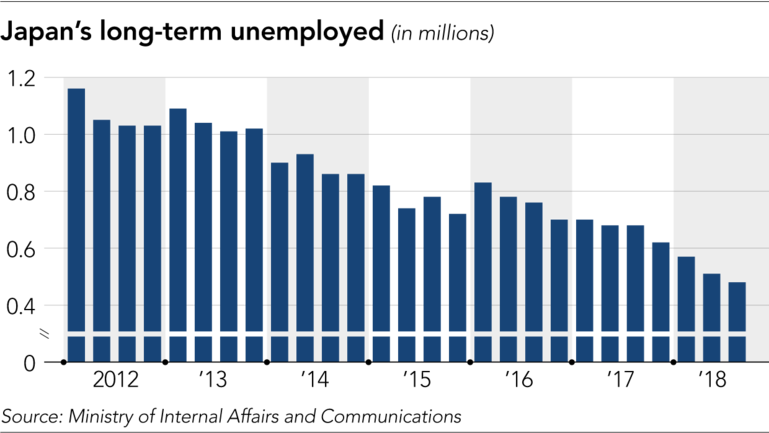 The jobs-to-applicants ratio for full-time positions topped 1 for the first time in June 2017 and hit a record high of 1.14 in September 2018. It has become easier for jobseekers to secure full-time roles, resulting in a decline in long-term unemployment numbers.

Meanwhile, the number of people who have been out of work for less than a year is increasing, as jobseekers have become more selective amid an improved labor market conditions.

But workers who are currently in their mid-30s to mid-40s, known collectively as the generation of the "employment ice age," remain in a predicament. Long-term unemployment figures are declining among this demographic, but it still accounts for more than 20% of the total.

People who failed to secure full-time employment upon graduation from university or high school continue to struggle to find such positions, and many spend years as "nonregular" or part-time workers. The government and companies are under pressure to expand midcareer employment.

In 2017, the number of people aged between 35 and 44 who were not employed or seeking jobs hovered around 410,000, according to the labor ministry. If these people grow old with little financial support, the welfare system will likely come under increasing pressure.