TOKYO -- Japanese housekeeping agencies have struggled to secure foreign workers since deploying them last year, with potential hires put off by comparatively short visas or drawn to the pay in other Asian markets.

Marianne Paragua Culaniban was hired by the agency Bears and came to Japan in June 2017, starting to work in October after receiving training. The Filipina employee said she came to Japan after hearing she could work in the country she always wanted to be in.

It was difficult at first, but she enjoys it, Culaniban said in halting Japanese, noting the many kind clients she encounters.

In late 2015, Japan permitted the hiring of foreign workers without permanent residency as housekeepers in certain deregulation-friendly strategic special zones around the country. Six approved housekeeping companies, including Bears and Duskin, began dispatching foreign workers in spring 2017. Such services are now available in five prefectures including Tokyo and Osaka.

Japan reported having roughly 12 million dual-income households last year, up 25% over 20 years, while the country's working-age population is expected to shrink 40% over the next four decades. Hiring housekeepers from overseas may combat this looming labor shortage by encouraging more women to join the workforce as well as promoting the employment of foreigners. Staffing agency Pasona is among the companies authorized to employ foreign housekeepers. (Photo by Kosuke Terai)

The six agencies aim to employ over 3,000 foreign housekeepers in total by fiscal 2021, representing just over 10% of their combined staff. But they currently have only about 270 such employees among them. Though the companies plan to accelerate hiring, they still face obstacles.

"They go back just when they've gotten used to the lifestyle and culture," a representative of Nichiigakkan complained. 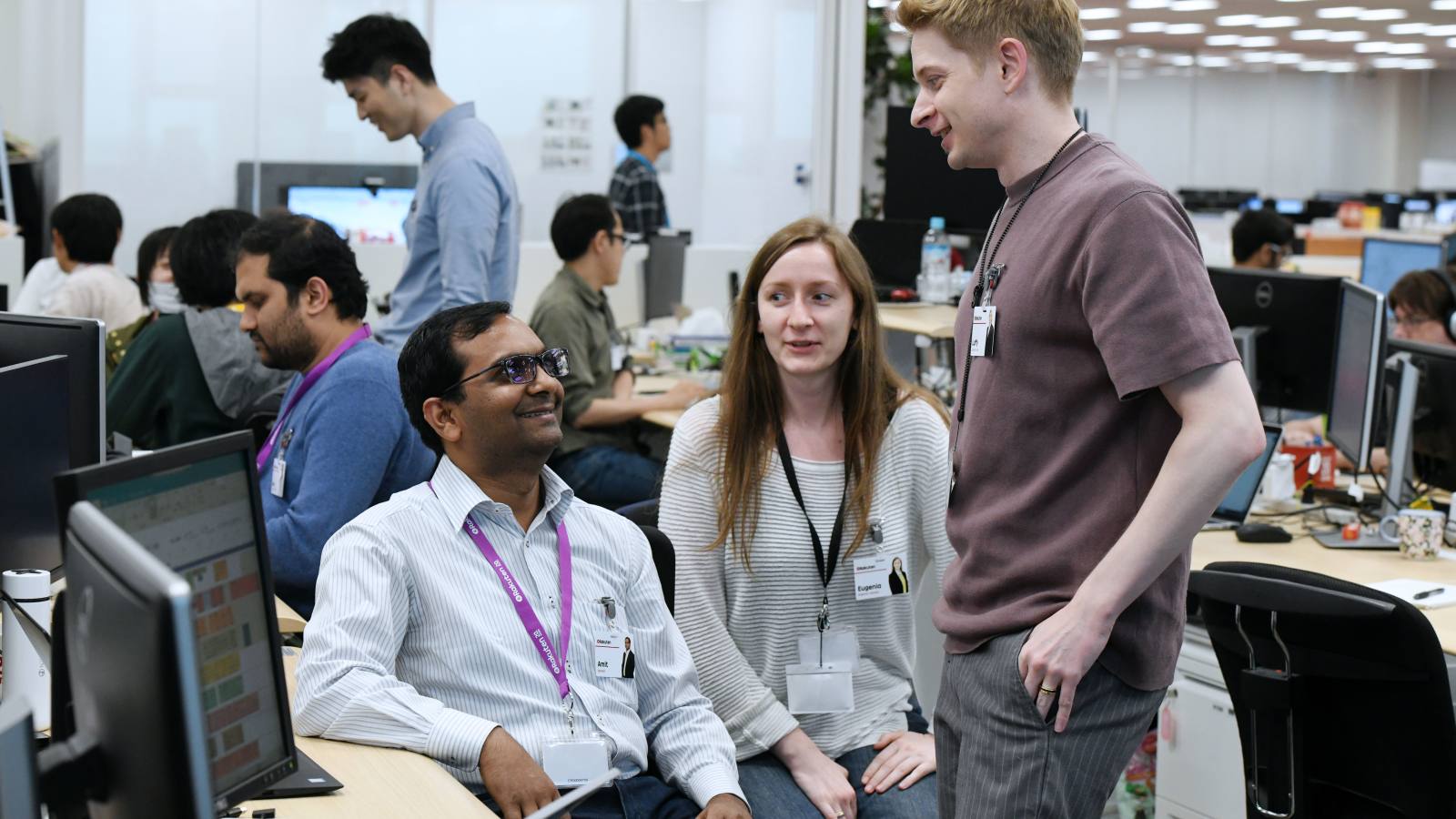 The government plans to let foreign technical trainees stay and work in Japan for a maximum of five years after completing their internship, which itself lasts up to five years. But housekeepers are not expected to become eligible.

And Japan's requirements for foreign housekeepers in effect permit only Filipino applicants, creating a bottleneck in the labor supply.

Agencies also need to offer competitive wages, as workers can opt for other markets where demand is brisk. Singapore, which has nearly double the proportion of two-income families as Japan, employs 250,000 foreign housekeepers -- one for roughly every five households. China, where demand is surging, reportedly has about 200,000 such workers.

Japan plans a similar program of hiring foreigners in five fields, including construction and agriculture, aiming for a total of 500,000 workers by 2025. This would be a major step toward opening up the unskilled labor market. Government officials have suggested that hiring of foreigners in other fields may be considered if demand warrants.

In the highly skilled professions, Japan has essentially limited the hiring of foreigners, reflecting a latent fear of disturbing public order. But the unexpectedly swift decline of the working-age population means various sectors of the economy are facing a labor shortage. Thus, the integration of foreign workers is now on the agenda for Japanese society.