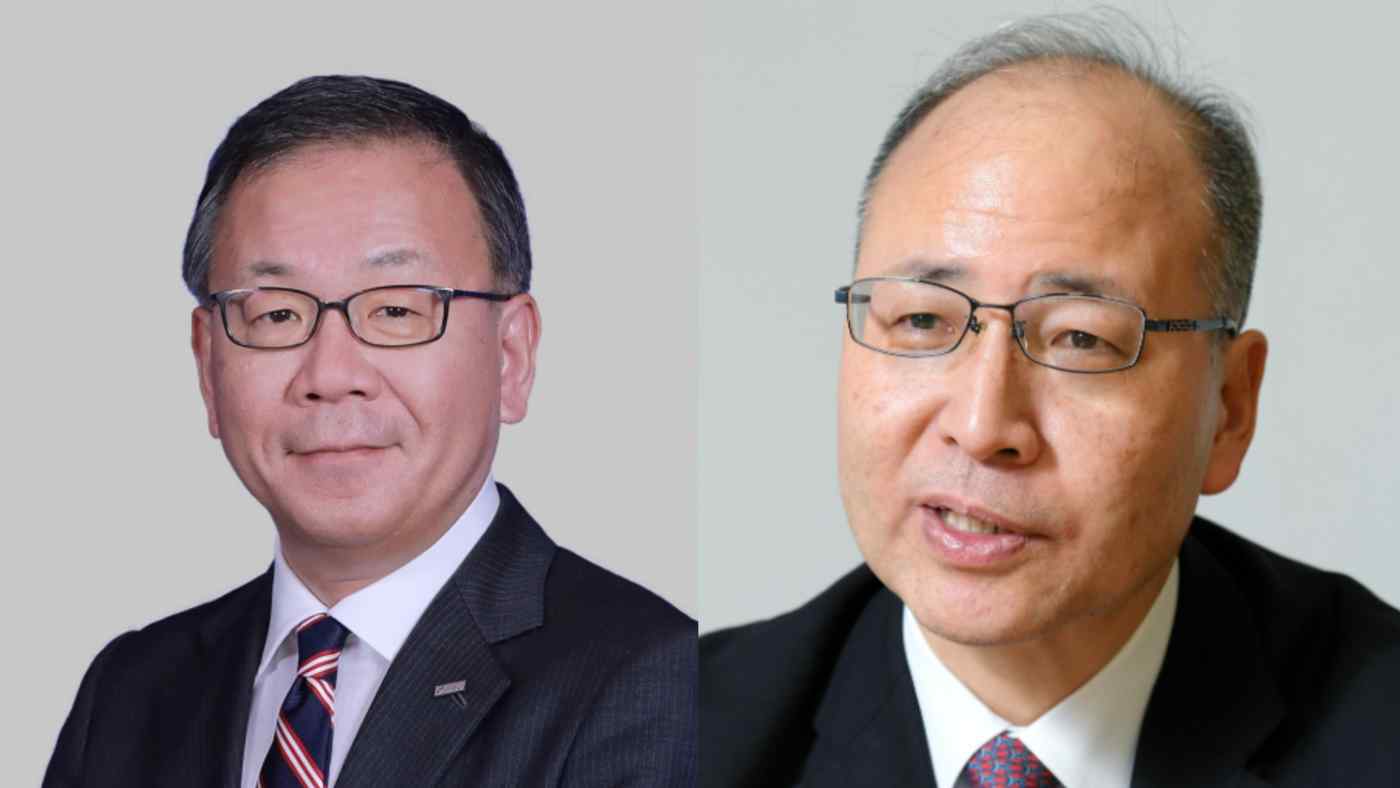 The Japanese government is appointing Naoki Tamura, left, and Hajime Takata to the board of the Bank of Japan in an effort to counter dovish tendencies there.
July 19, 2022 21:24 JST | Japan
CopyCopied

TOKYO (Kyodo) -- The government said Tuesday it will appoint Hajime Takata, an economist who has warned of the side effects of bold monetary easing, and Naoki Tamura, a veteran banker, as board members at the Bank of Japan.

Some market participants see the choice of Takata as foreshadowing a potential shift from its pursuit of powerful monetary easing that has continued in recent years before Prime Minister Fumio Kishida chooses a successor to Governor Haruhiko Kuroda, whose term ends next April. Takata and Tamura will serve five-year terms starting Sunday.

Takata, 63, will replace Goshi Kataoka, an economist known as a reflationist who has pushed for more monetary easing to spur economic growth.

Takata, chairman of the Global Research Center at Okasan Securities Co., started his career at the predecessor bank of Mizuho Bank and is also an economist who worked for the Mizuho Research Institute, currently Mizuho Research & Technologies. He took the current post at the think tank in January 2020.

Takata has raised questions about the adverse effects of years of monetary easing and has written a book on how to exit the accommodative policy.

Under Kuroda, who became BOJ chief in 2013, the Japanese central bank embarked on bold monetary easing, a key feature of then Prime Minister Shinzo Abe's "Abenomics" policy mix. The governor had strong support from Abe, who was gunned down in early July on the campaign trail.

The BOJ has been gobbling up massive amounts of Japanese government bonds as part of its "yield curve control" program to keep long-term interest rates depressed to support companies and households. However, the central bank has drawn criticism for distorting the bond market, and concern has grown about its ever-expanding balance sheet.

The BOJ has not wavered in its easing stance even as cost-push inflation has led to the core consumer price index, excluding volatile fresh food items, to surpass its 2 percent target. In stark contrast with its major peers overseas, its dovish stance has sharply weakened the yen and exacerbated the pain for resource-scarce Japan.

The other appointee Tamura, 61, is a senior adviser to Sumitomo Mitsui Banking Corp., one of Japan's megabanks, replacing incumbent Hitoshi Suzuki.