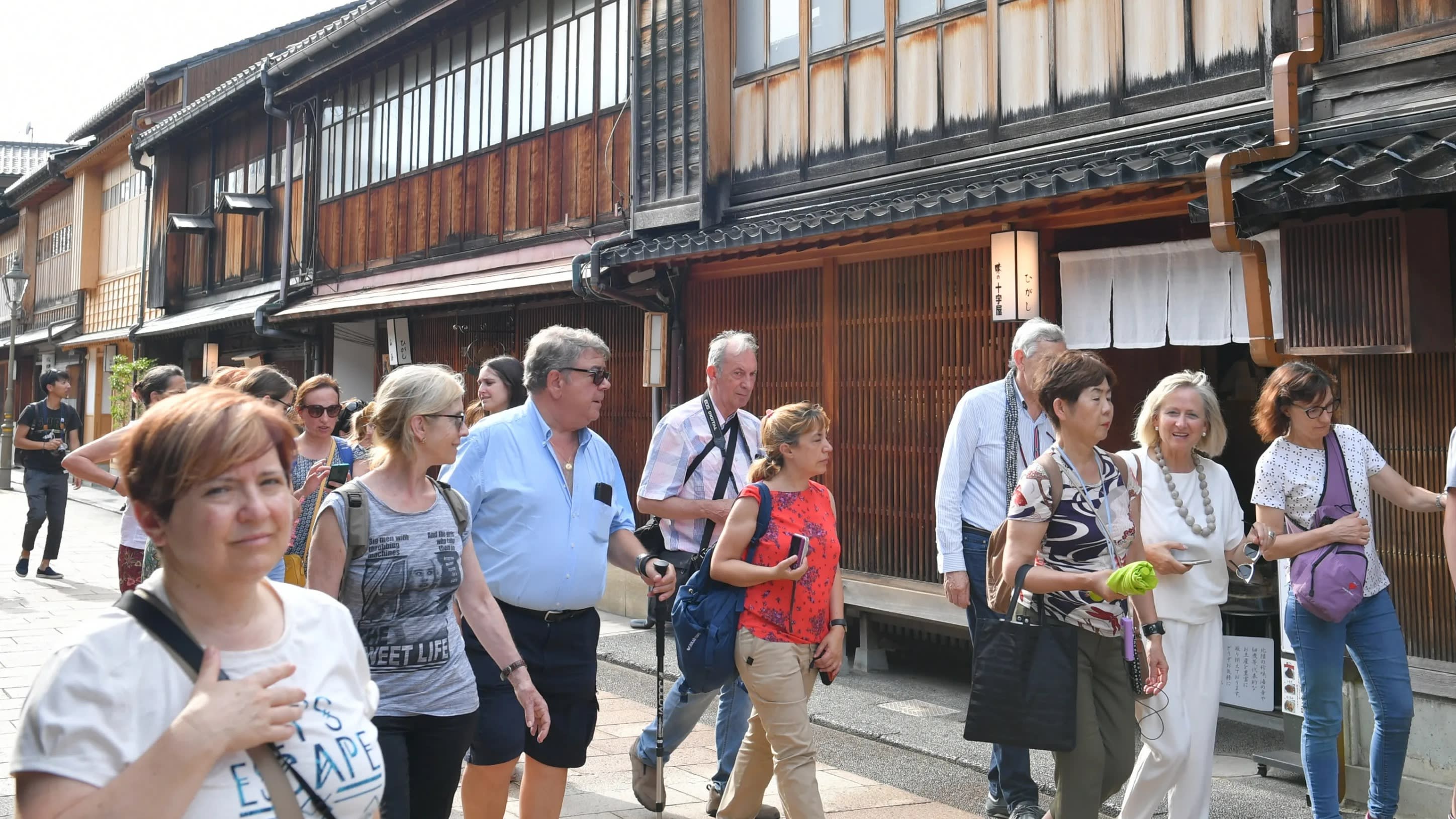 More foreign tourists to Japan are venturing farther away from Tokyo, Nagoya and Osaka, and to places like Kanazawa, the capital of Ishikawa Prefecture, in central Japan. (Photo by Nobuyoshi Shioda)
KAZUHIRO OGAWA, Nikkei staff writerJune 22, 2019 13:49 JST | Japan
CopyCopied

TOKYO -- Foreign tourist spending in rural parts of Japan is surging faster than it is nationwide.

Consumption by overseas visitors in rural areas came to 1.036 trillion yen (about $9.67 billion) in 2018, up 58% from 2015, according to the 2019 White Paper on Tourism, released on Friday by the government-affiliated Japan Tourism Agency.

Foreign tourist consumption in rural areas as a percentage of total tourist spending reached 28.5% last year, an improvement from 23.6% in 2015, as more travelers visited farming and fishing villages, went skiing and indulged in other winter sports, and took in nature and Japanese culture.

Foreign tourist consumption in Japan -- including travel expenditures while in the country -- totaled 4.5 trillion yen in 2018, up about 30% from 2015. Consumption in rural areas soared at a much faster pace, nearly 60%, during the same period. 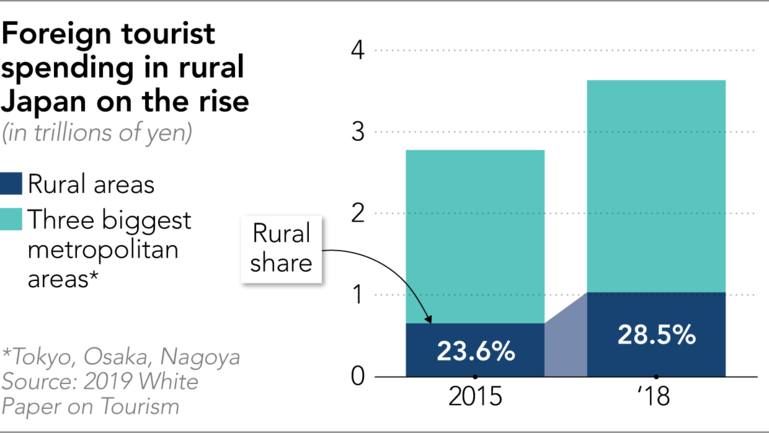 In Osaka and Tokyo, foreign tourist spending made up nearly half of total tourist spending. In Fukuoka, Hokkaido and Okinawa, all of which are blessed with a multitude of tourist attractions, the ratio was around 20%. In Nara, it was 17%. The figure for Gifu and Oita was 10%.

A desire for experiences and an urge to mix with locals are pushing the trend, according to the white paper. In the first regard, skiing and snowboarding are particularly popular activities.

This is helping the Hokkaido town of Niseko cement its image as a world-class ski resort. It is also making Niseko one of Japan's hottest real estate markets as more condominiums pop up to accommodate foreign skiers. Winter sports were the biggest lure in bringing tourists away from the three metropolitan areas, but farming and fishing villages, springtime cherry blossoms, and fall colors also enticed large numbers of foreign tourists into rural Japan.

But the visitors are also bringing congestion and poor manners with them, causing friction with locals at some tourist destinations.

As tourist numbers climb, Japan will have to adapt, come up with sustainability measures and upgrade its infrastructure.