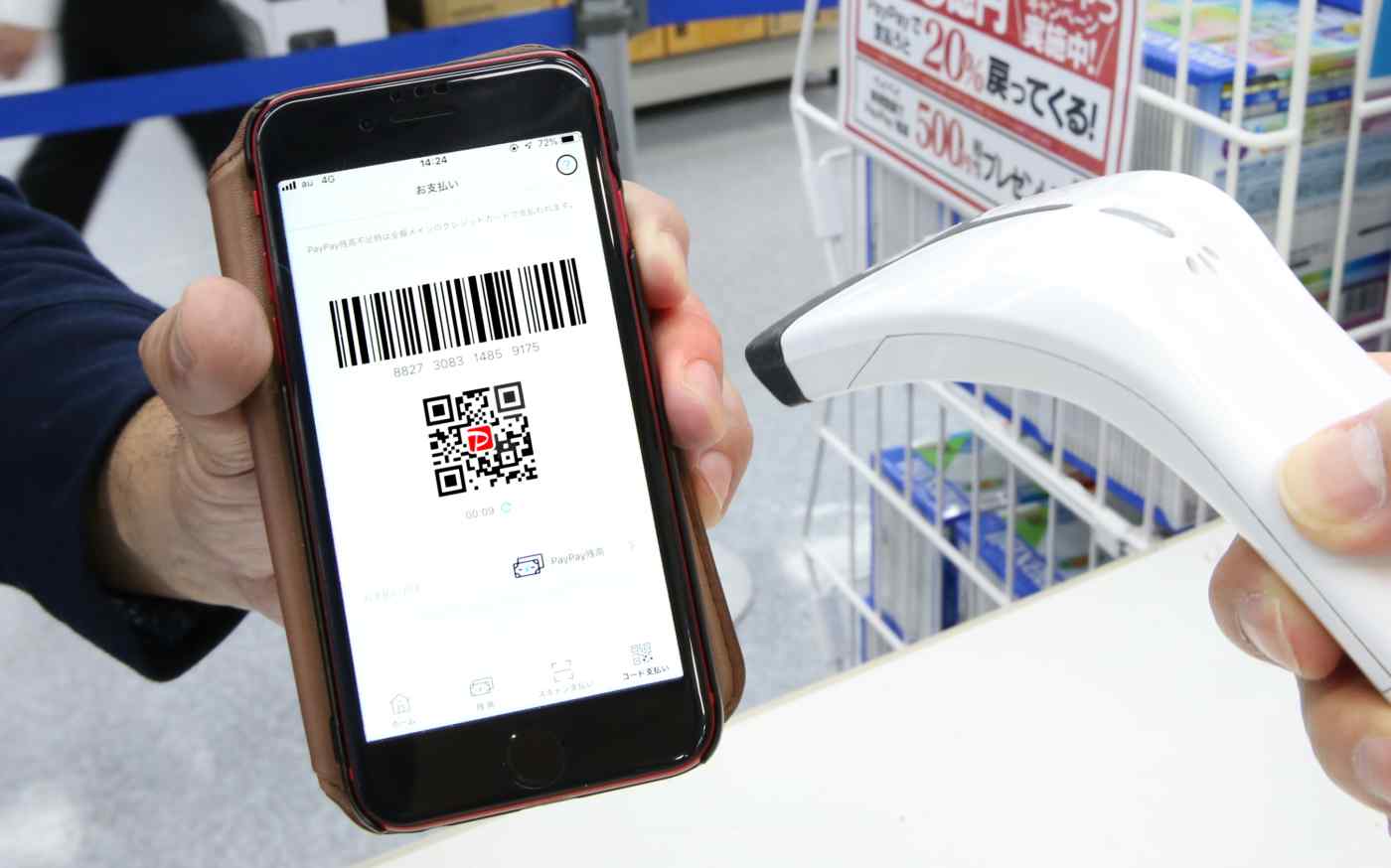 TOKYO -- Shoppers in Japan are quickly embracing mobile payments and electronic money after the sales tax hike this month, advancing the push to pay electronically in a country where cold hard cash remains king.

Seeking to cushion the impact of the Oct. 1 tax increase to 10% from 8%, the government rolled out the same day a nine-month reward points program aimed at smaller retailers. Customers earn either 2% or 5% of their noncash purchases, including credit card payments, in shopping points. As of its launch, the program was available at roughly half a million shops nationwide.

The rewards program may provide a breakthrough in Japan's transformation to a cashless society from one where people still carry wallets bloated with bills. Only about 20% of payments were made without cash in Japan in 2016, compared with 96.4% in South Korea and 65.8% in China, according to the Payments Japan Association, a public-private group promoting a cashless economy. The Japanese government wants the country to be 40% cashless by 2025.

The program became an instant hit at convenience stores, with the top four chains offering instant 2% price discounts instead of reward points. FamilyMart reported a 60% surge in cashless transactions during Oct. 1-6 from a year earlier. Lawson saw a 50% jump in bar code payments by smartphone users for the first four days of this month from September.

"The discount is small each time, but it adds up," said a 30-something businessman who plans to shop at convenience stores frequently.

Consumers are making sure to take advantage of the perks. Some 480,000 people signed up for East Japan Railway's Suica e-money card in September in order to earn points, 14 times the tally for August.  The prepaid card for train tickets and shopping now has about 11 million subscribers.

Online retailer Rakuten saw first-time users of its Rakuten Edy prepaid card quintuple on Oct. 1 from the average for the preceding three months.

The start of the perks program was not entirely without incident. PayPay experienced system errors when it offered one-day incentives of up to 20% on Saturday, leading to a spate of complaints.