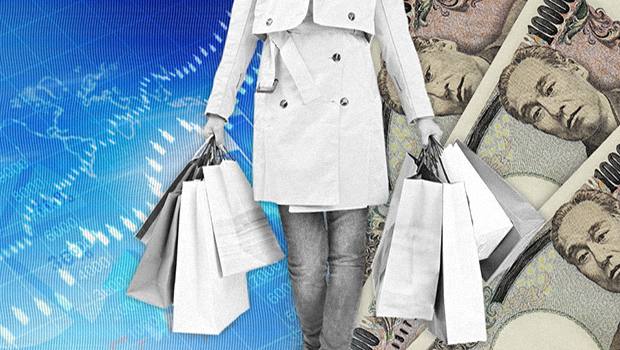 TOKYO Expensive clothing was not much of a thing for Hiroki Ishimoto, an employee at a public relations company in Tokyo. "I've never been one who buys fancy clothes," he said. "I always settled for Zara and Uniqlo."

His wardrobe underwent a significant upgrade in 2017 after the 27-year-old received "quite a big" increase in his winter bonus. Now when he goes to work, it is typically in his brand-new coat from Mackintosh, which set him back a cool 200,000 yen ($1,760). That's not the only thing that has changed. "I'm eating out quite a lot more now," he said, adding that he expects his company will continue doing well, which may lead to further pay increases.

Stories like Ishimoto's are becoming more common thanks to solid economic growth in recent months. With the government announcing an "improvement" in the coincident index of business conditions for October, Japan's economy chalked up its 59th straight month of expansion, marking the second-longest postwar growth phase and surpassing the 57-month "Izanagi boom" from 1965 to 1970. 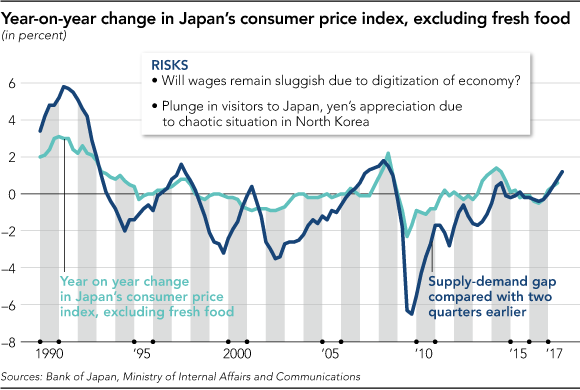 Growth in Japan's inflation-adjusted gross domestic product came in at an annualized rate of 2.5% for the July-September period, marking seven consecutive quarters of expansion for the first time in 29 years. Consumer sentiment is improving thanks to strong corporate earnings backed by low interest rates and a stable exchange rate. The 225-issue Nikkei Stock Average reached a 26-year high in November.

Prospects for workers look brighter, too, as a tight labor market is beginning to push wages higher. As economywide demand outstrips supply, the country might finally be on course to ending the deflation that has dogged it for nearly two decades.

FIRING ON ALL CYLINDERS Business is brisk for companies like Harmonic Drive Systems, a Tokyo-based manufacturer of components for industrial robots. Orders for the July-September period soared 140% on a nonconsolidated basis from a year earlier.

Growing investment in labor-saving devices worldwide -- which Harmonic President Akira Nagai said is "faster than expected" -- and the strong global economy are providing a tailwind for Japanese companies. As a whole, Japan Inc. recorded 17.8 trillion yen in ordinary profits in the July-September period, a year-on-year increase of 5.5%. With near-record profits, it is no wonder that the corporate sector is leading Japan's current economic growth.

Annualized inflation-adjusted GDP for the third quarter totaled 534 trillion yen, up 30 trillion yen from the first quarter of 2013, the start of the current recovery. Capital spending and exports increased 13 trillion and 17 trillion yen, respectively, over the period.

Higher corporate profits are the starting point for pulling Japan out of deflation, as they spur companies to invest more for future growth.

In the automotive sector, for example, companies are now willing to invest in technologies related to electric vehicles and autonomous cars, two obvious growth opportunities. Autoparts maker Denso, part of the Toyota group, is planning to pour 500 billion yen by 2020 into developing these technologies. Sumitomo Chemical has increased its R&D budget for this fiscal year to 168 billion yen, up 7% from last year, with the money earmarked for the development of parts related to lithium-ion batteries used in electric vehicles. 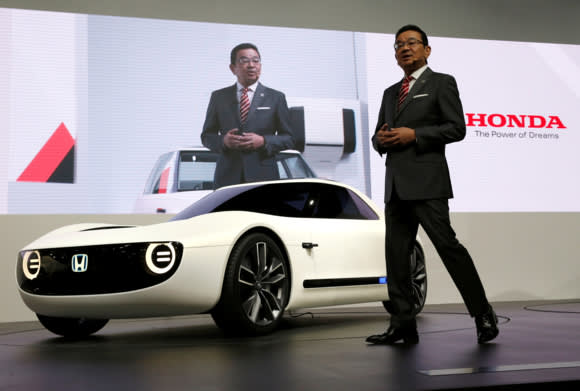 Honda Motor and other Japanese automakers are funneling more of their profits into R&D.   © Reuters

Nikkei research in July found that about 40% of major Japanese corporations are likely to spend their most ever on R&D in the current fiscal year, with spending forecast to reach 12 trillion yen. This marks a year-on-year increase of 5.7% -- the biggest rise since fiscal 2012, when the country was still reeling from the massive earthquake that hit eastern Japan.

Not only are companies increasing their investments, they are also slowly but surely rewarding workers with higher pay. What the Bank of Japan calls the "virtuous cycle" -- increased income leading to increased spending, in both households and companies -- is starting to materialize.

This can be seen at electronics retailer Bic Camera, where home-use inkjet printers priced at around 20,000 yen are selling well. "Machines priced at 7,000 yen to 8,000 yen used to sell well because most people bought them just for printing [documents]," said an employee at a Shinjuku branch of the retailer. But more sophisticated printers are now in high demand, one reason likely being that more parents wanting to print high-quality photos of their children can now afford to. 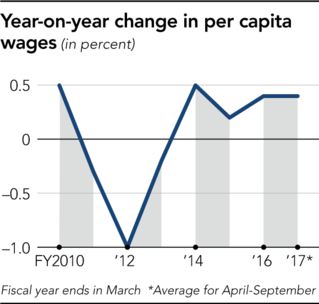 People in higher income brackets are also willing to spend their newfound extra cash. There were nine customers trying to book for each seat on Train Suite Shiki-shima, a deluxe sleeper operated by East Japan Railway, for tours between April and June in 2018, despite fares of up to 950,000 yen per person.

Consumers are feeling flush partly because of the brighter jobs picture. Seasonally adjusted unemployment fell to 2.7% in November, a 24-year low. The jobs-to-applicants ratio hit a 44-year high.

The labor shortage has prompted companies to offer better conditions for potential workers. As of November, 34.5 million people worked as regular employees, an increase of 1.1 million compared to January 2013. In the past year, the proportion of nonregular workers among 25- to 34-year-olds dropped 0.9% to 25.6%.

NOT ALL ROSES The GDP deflator, which measures price movements over the entire economy, is a key yardstick the government uses to gauge the country's progress in escaping deflation. This index, along with three others, climbed into positive territory in July-September for the first time in 25 years. The Cabinet Office believes the economy has turned a corner. Japanese companies were sitting on a record 199.5 trillion yen in cash and deposits as of the end of September, money that could have been used for further capital investment -- or bigger wage hikes. Because the number of workers has increased, the nominal compensation of employees as a whole has risen quarter on quarter for 12 quarters through September. Per capita wage growth, however, remains tepid, with a year-on-year increase just barely above 0%.

The reality is that Japan's inflation rate is still well below the 2% target that the BOJ envisioned with the government in 2013. Prices, excluding those of volatile fresh foods, rose 0.9% in November, less than half the target rate. The central bank only sees inflation reaching 2% "around fiscal 2019," which ends in March 2020.

No wonder then that Prime Minister Shinzo Abe is pressing big corporations to raise wages by 3% in 2018, which would be the biggest increase since 1994, before Japan fell into deflation.

"I'm sorry to trouble you all the time," Abe told Sadayuki Sakakibara, chairman of Japan's largest business lobby group Keidanren, at a meeting in late October during which the prime minister asked companies to shoulder some of the financial burden for the government's new 2 trillion yen economic plan. 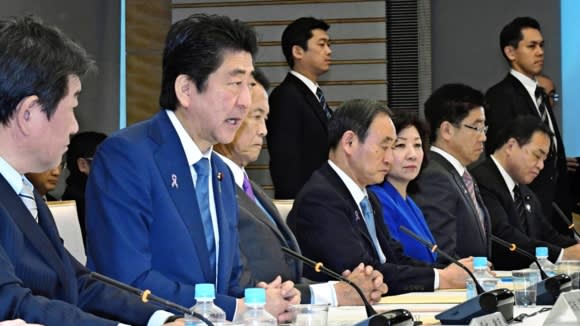 Abe's contrite manner may have had something to do with the fact that he had made another request just a week before. At a meeting of the Council on Economic and Fiscal Policy, he subtly pressured companies to increase pay. "Raising wages is a social demand," Abe said. "I hope we can see a 3% wage increase."

Abe is offering companies an incentive to play ball: Under tax provisions to be introduced in fiscal 2018, companies that raise wages and boost capital investment will see their effective corporate tax rate slashed.

Sakakibara said at a press conference in early December that the tax provisions "will be an incentive [for raising wages]."

Abe's actions are understandable given the potential pitfalls in the economic outlook. Faster-than-expecetd rate hikes in the U.S. could derail the American -- and by extension the global -- economy. Tension over North Korea is another headache for Japan, as it could potentially scare away overseas tourists. Japanese businesses could see their earnings sag if the yen appreciates sharply.

Japan is showing signs that it is escaping deflation. It is now a race against time to turn those positive signs into a complete exit.