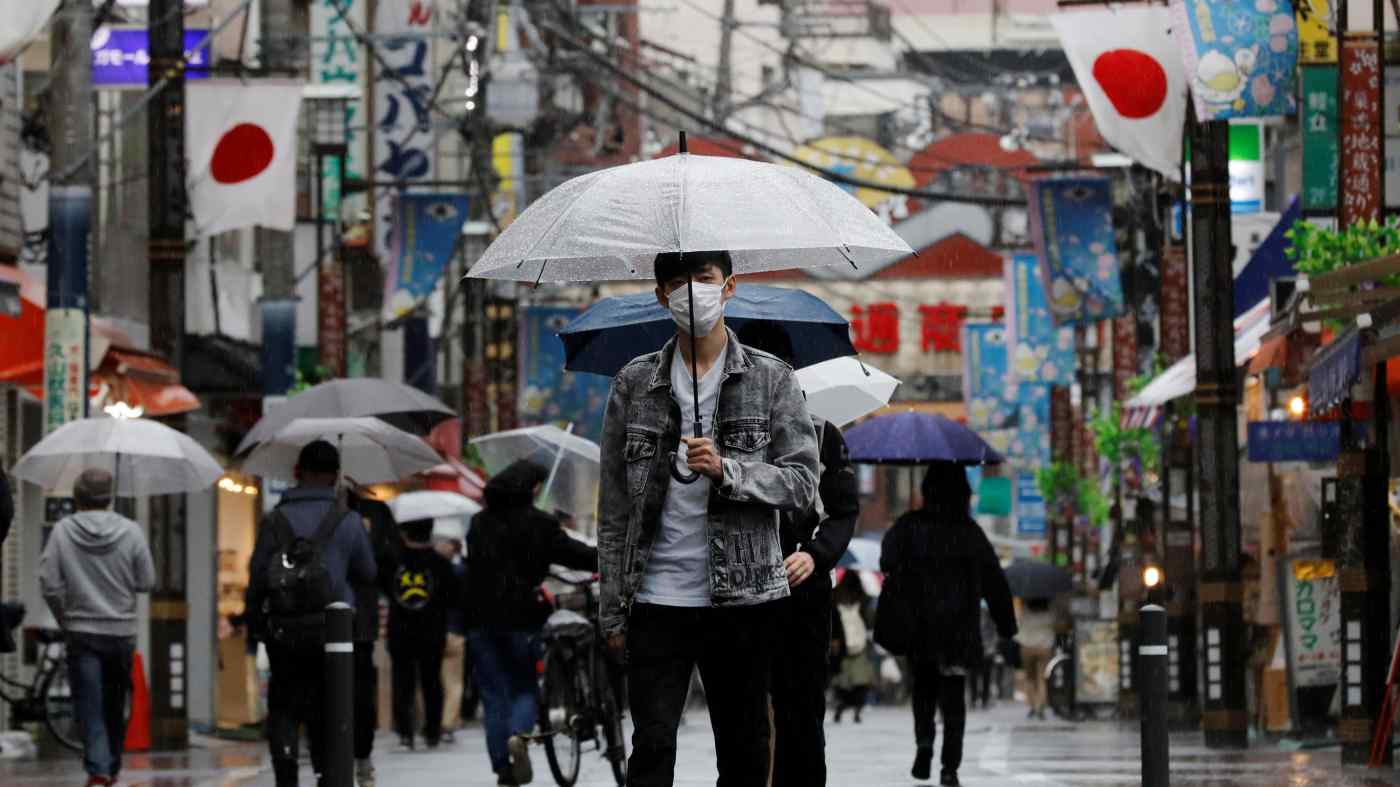 TOKYO -- As the U.S. and Europe ready robust spending plans to transform their economies in the wake of the coronavirus pandemic, Japan is instead taking a far more modest approach that lacks a blueprint for the future, an approach that possibly threatens its global competitiveness.

The American Jobs Plan proposed by President Joe Biden calls for spending $2 trillion over eight years to build infrastructure and combat climate change, though any such legislation remains under negotiation in Congress. The European Union looks to spend 1.8 trillion euros ($2.1 trillion), a sum that includes a coronavirus recovery fund.

Japan, by contrast, is creating a 2 trillion yen ($18 billion) fund to promote decarbonization over 10 years.

And it is not only in spending to fight global warming where Japan lags behind. This is also true for funding on a slew of efforts to support the development of new technologies.

"Even taking the differences in economic scale into account, Japan's spending is less than one-tenth that of the U.S.," said Toshihiro Nagahama of the Dai-ichi Life Research Institute. "The gap in growth potential could widen."

Biden seeks to invest $174 billion in the electric vehicle market, including sales rebates and tax incentives to encourage consumer purchases of EVs. His agenda also calls for spending $100 billion to modernize the electric grid.

The U.S. and Europe traditionally are hesitant about granting large subsidies to promote their industries, but the fear of falling behind China has changed that calculus. Last month, the U.S. Senate passed a sweeping competitiveness bill that includes $52 billion in subsidies to companies that develop and manufacture semiconductors on American soil.

The EU's coronavirus recovery fund will allocate 30% toward combating climate change. The bloc aims to expand production capacity for hydrogen to 10 million tons a year by the end of the decade, or more than triple Japan's target.

China has been establishing funds since 2014 that will invest more than $50 billion into semiconductor technology. A national carbon trading market is being instituted in Shanghai, demonstrating a commitment to tackling climate change.

But Japan is constrained by national budgets that are crafted largely on a year-by-year basis at the expense of funding long-term goals. Japan's deficits, financed by government bonds, are another limiting factor.

"I don't see a blueprint for what kind of economy and society [Japan] wants to create, or what kind of policies and budget are needed that keep fiscal soundness in mind," said Keiji Kanda of the Daiwa Institute of Research.

Like other countries, Japan has increased its budget to combat the coronavirus. The fiscal response for 2020 and later amounts to 88 trillion yen, according to the International Monetary Fund, or 15.9% of Japan's gross domestic product. Though Japan falls behind the American figure of 25.5% of GDP, the nation lands in the middle of advanced countries.

However, about 30 trillion yen set aside for Japan's coronavirus response has yet to be spent. For this fiscal year, the Ministry of Economy, Trade and Industry will spend only 15.5 billion yen on subsidies for EVs and other areas.

For the next fiscal year's budget, Tokyo will let agencies submit requests related to decarbonization and the digital domain. Yet this approach opens the door for separate wish lists being approved across the board. That risks saddling the government with debt while not realizing meaningful economic growth. Japan's economic growth forecast for this year and the next ranks the lowest among Group of Seven advanced nations, according to the Organization for Economic Cooperation and Development.