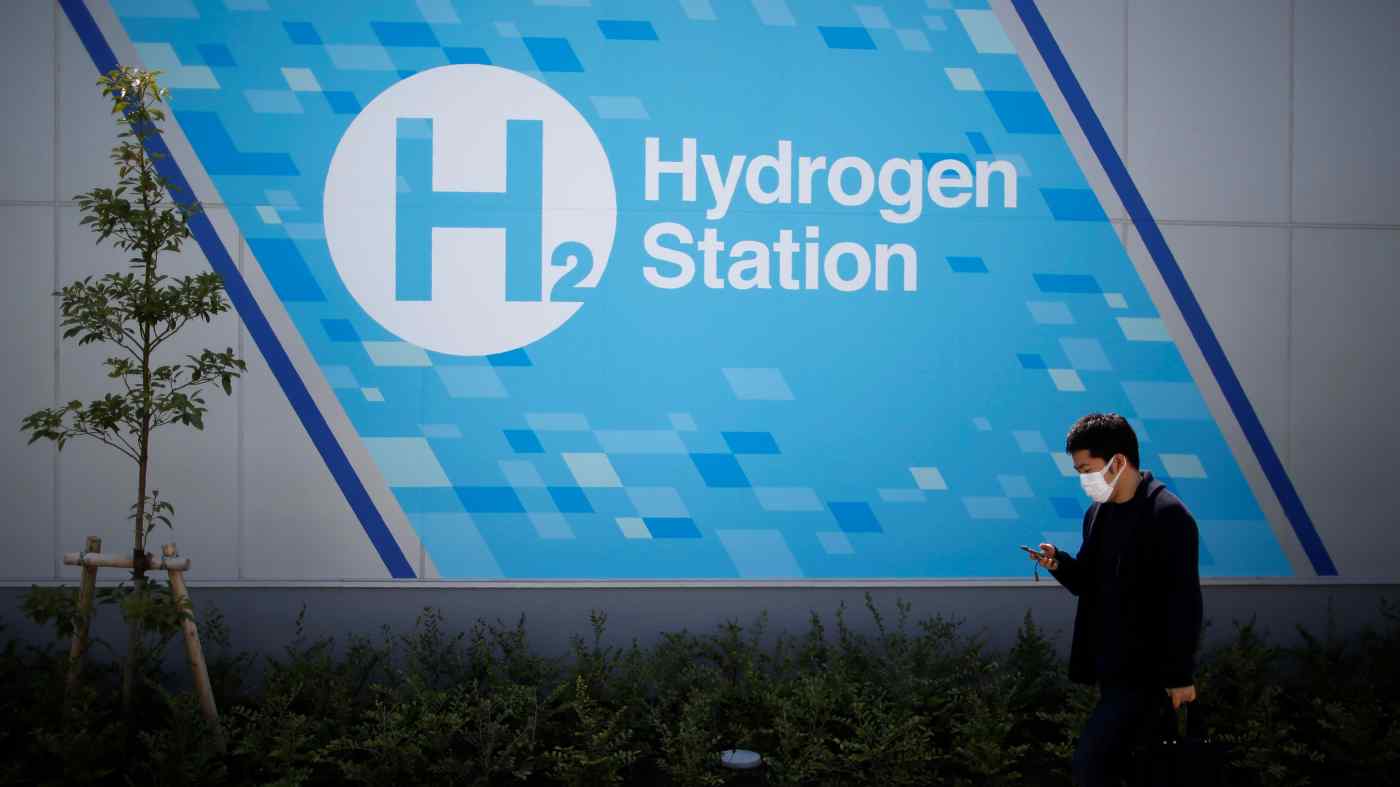 TOKYO -- The Japanese government will include 1,000 hydrogen refueling stations for fuel-cell vehicles deployed across the country by 2030 in a draft of its growth strategy due to be hammered out in June, Nikkei has learned.

The plan to increase the stations sixfold from the current level is part of Tokyo's goal to have all new car sales be electric by the middle of the next decade. Hydrogen vehicles employ fuel cells to power electric motors and would be included in this target.