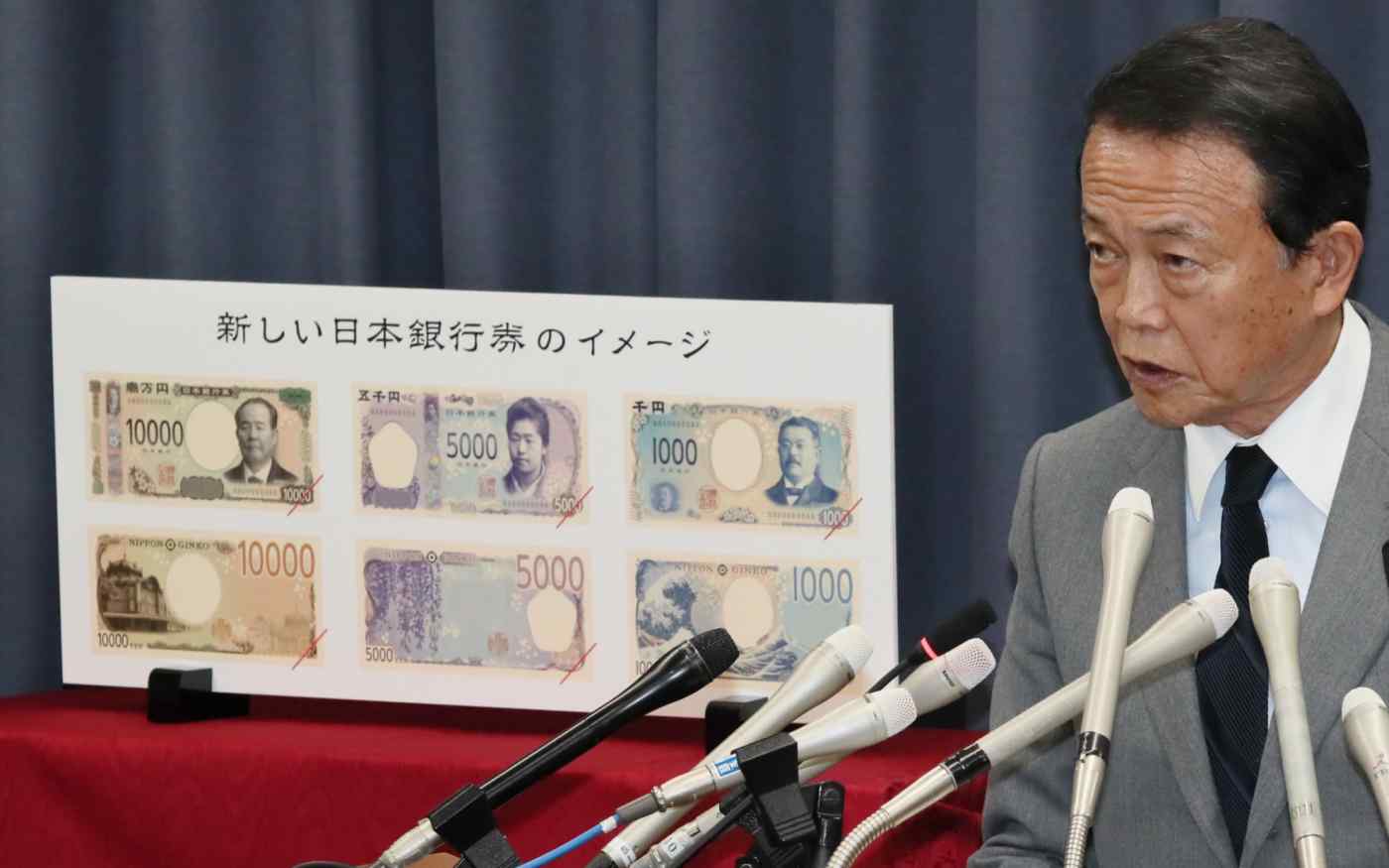 Finance Minister Taro Aso unveiled the changes in a news conference on Tuesday morning. Distribution of the new bills will begin in the first half of fiscal 2024.

The 10,000 yen note will feature the father of Japanese capitalism, Eiichi Shibusawa, who founded an early Mizuho Bank predecessor and many other enterprises. The note was last changed in 1984 from ancient Prince Shotoku to Keio University founder Yukichi Fukuzawa, a renowned intellectual.

Tsuda University founder Umeko Tsuda, a trailblazer in higher education for women, will be on the 5,000 yen note. The bill currently features another prominent Japanese woman, writer Ichiyo Higuchi.

The 1,000 yen note will depict Shibasaburo Kitasato, the father of modern medicine in Japan who discovered the bacterium responsible for the bubonic plague.

The banknotes are made from materials specific to Japan, according to the National Printing Bureau.

The new bills will incorporate the latest anti-counterfeiting features. As many as 1,698 forged notes were found in Japan in 2018. 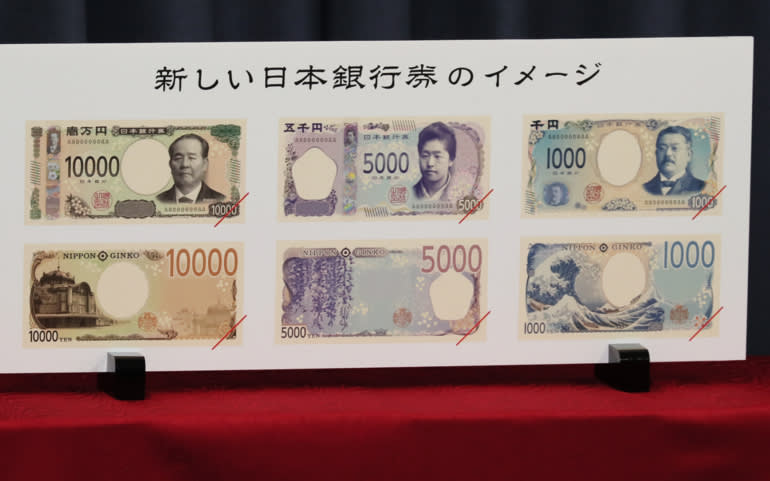 From left: The 10,000 yen bill will feature Eiichi Shibusawa, the father of Japanese capitalism. The 5,000 yen note will depict educator Umeko Tsuda. Shibasaburo Kitasato, the father of modern medicine in Japan, will be on the 1,000 yen bill.

The update comes as countries around the world are moving toward cashless transactions. Credit cards, electronic money and other cashless systems account for only 20% of consumer payments in Japan. That figure is as high as 89% in South Korea and 60% in China, according to 2015 data from Japan's economy ministry.

The government wants 40% of transactions to be cashless by 2025, and it is including incentives with an upcoming sales tax hike to convince consumers to use more cashless payments.

Companies have introduced cashless payment services one after another. Financial giant Mizuho Financial Group, chat operator Line and e-commerce platform Rakuten all have their own services.

Chat operator Line and flea market app Mercari announced a tie-up last month that will work to increase the number of retail outlets that accept their services.

Most countries update their designs every 10 years, but Japan does so only every 20 years for technical reasons.

The amount of cash in circulation has increased thanks to the Bank of Japan's expansionary monetary policy. There were about 110 trillion yen worth of notes in circulation as of the end of 2018, according to data from the central bank.

The Imperial era will change from Heisei to Reiwa on May 1, when Crown Prince Naruhito ascends the throne as emperor. The government and the BOJ had this in mind when deciding when to announce the new designs.

"If the spread of cashless payments keeps up with the government's goal, this may be the last update for the bills," a senior government official said.