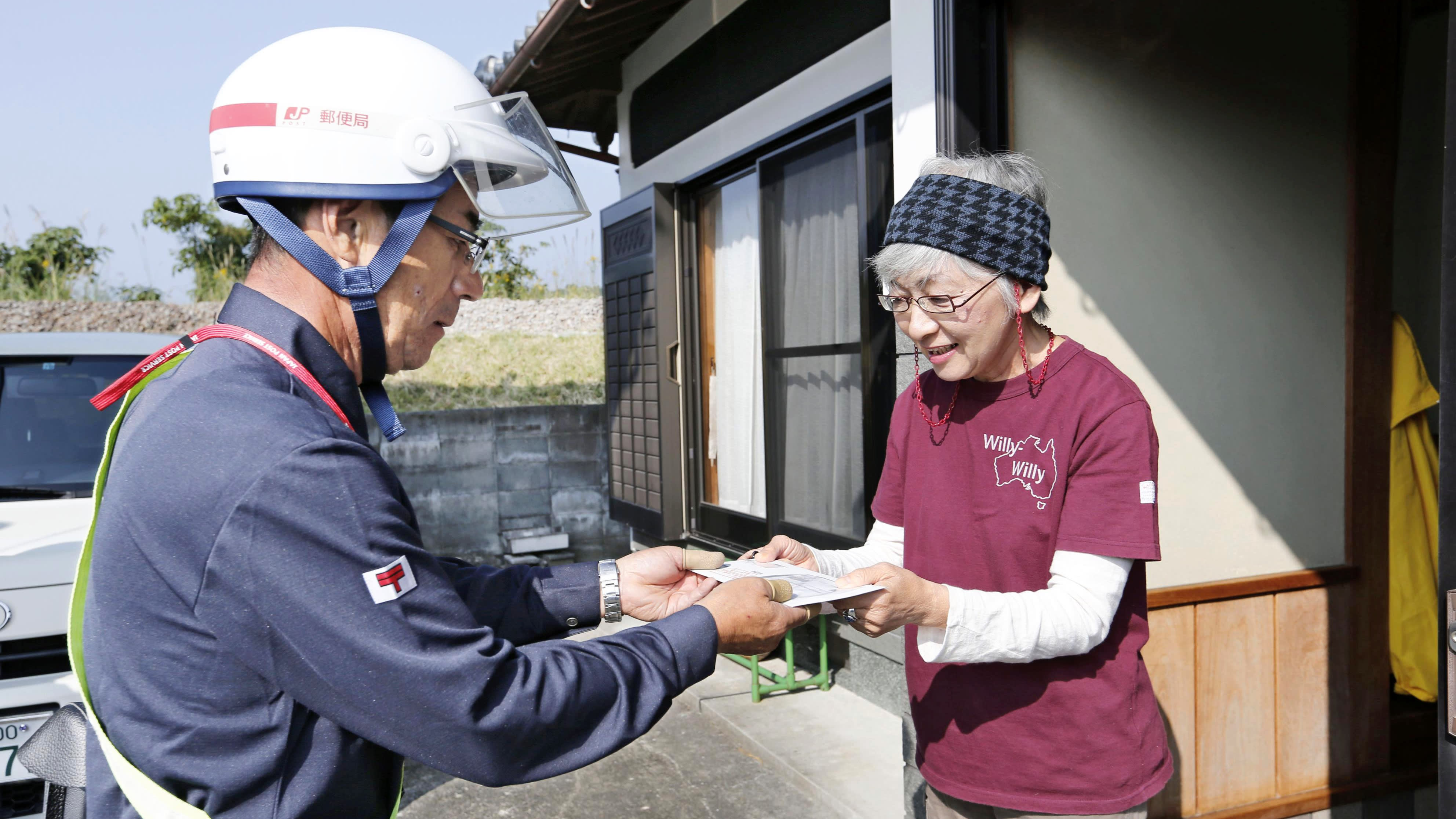 TOKYO -- The Japanese government is leaning toward limiting mail delivery to weekdays in order to ease the burden on a postal service stretched by labor shortages.

Doing so would require amending the nation's postal law, which sets delivery at once a day, Monday to Saturday. The necessary legislation could go before the parliament as early as next year.

Ending Saturday mail could slash the postal service's labor costs by tens of billions of yen (10 billion yen equals $89 million), according to people familiar with the discussions. The move also looks likely to prompt a debate on adapting other public services to the nation's demographic changes.

Even after the change, Japan Post, part of state-owned Japan Post Holdings, would likely continue to handle special deliveries and registered mail every day.

Postal workers have two days off a week, but about 146,000 workers are out in force on Saturdays, according to Japan Post. More than half of them work evening or late-night shifts. Owing to a tight labor market, the postal service has been unable to secure enough new hires.

To ease the burden on workers, Japan Post has introduced machine sorters and other forms of automation. It is also experimenting with drones and self-driving technology, though these programs still have far to go.

The postal service told the ministry that reducing evening and Saturday deliveries is necessary to promote work reform -- a slogan for Prime Minister Shinzo Abe's government, which has sought to increase flexibility in the labor market. 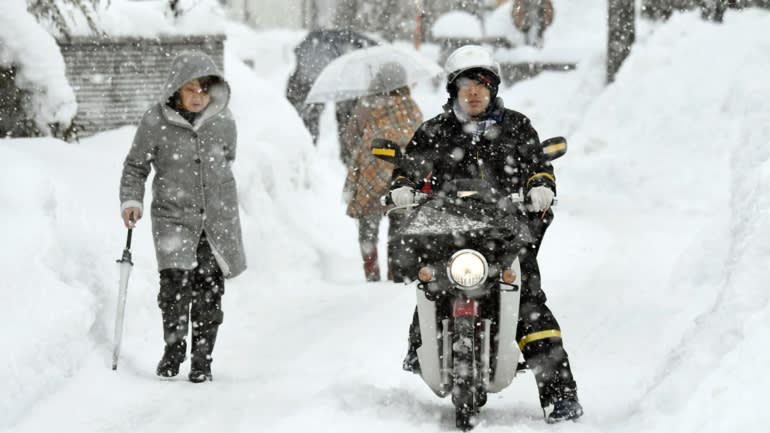 Neither rain nor snow halts Saturday mail deliveries in Japan, but a labor shortage might.   © Kyodo

An advisory council under the Ministry of Internal Affairs and Communications will consider giving postal workers weekends off. The ministry believes this would not result in a significant downgrade of service, since the volume of mail is shrinking.

The digital revolution has drastically reduced the volume of mail being sent. About 17.2 billion pieces of mail were delivered in fiscal 2017, down 35% from the fiscal 2001 peak of 26.2 billion pieces.

Meanwhile, the rise of single-person households has expanded the number of addresses. The average daily count of mail being delivered to a single location has hovered below one piece since fiscal 2011. The Information and Communications Council will hold hearings with individuals and businesses on the proposed changes.

The postal service has struggled to turn a profit. Labor costs eat up over 60% of revenue, and the domestic mail segment logged operating losses in fiscal 2014 and fiscal 2016.

The earning structure at the Japan Post group suggests an overhaul of the postal services is inevitable. Group pretax profit climbed 15% to 916.1 billion yen in the fiscal year ended March, but nearly all of it was earned by units Japan Post Bank and Japan Post Insurance. Although both companies are doing well, low interest rates and a declining population pose threats to earnings.