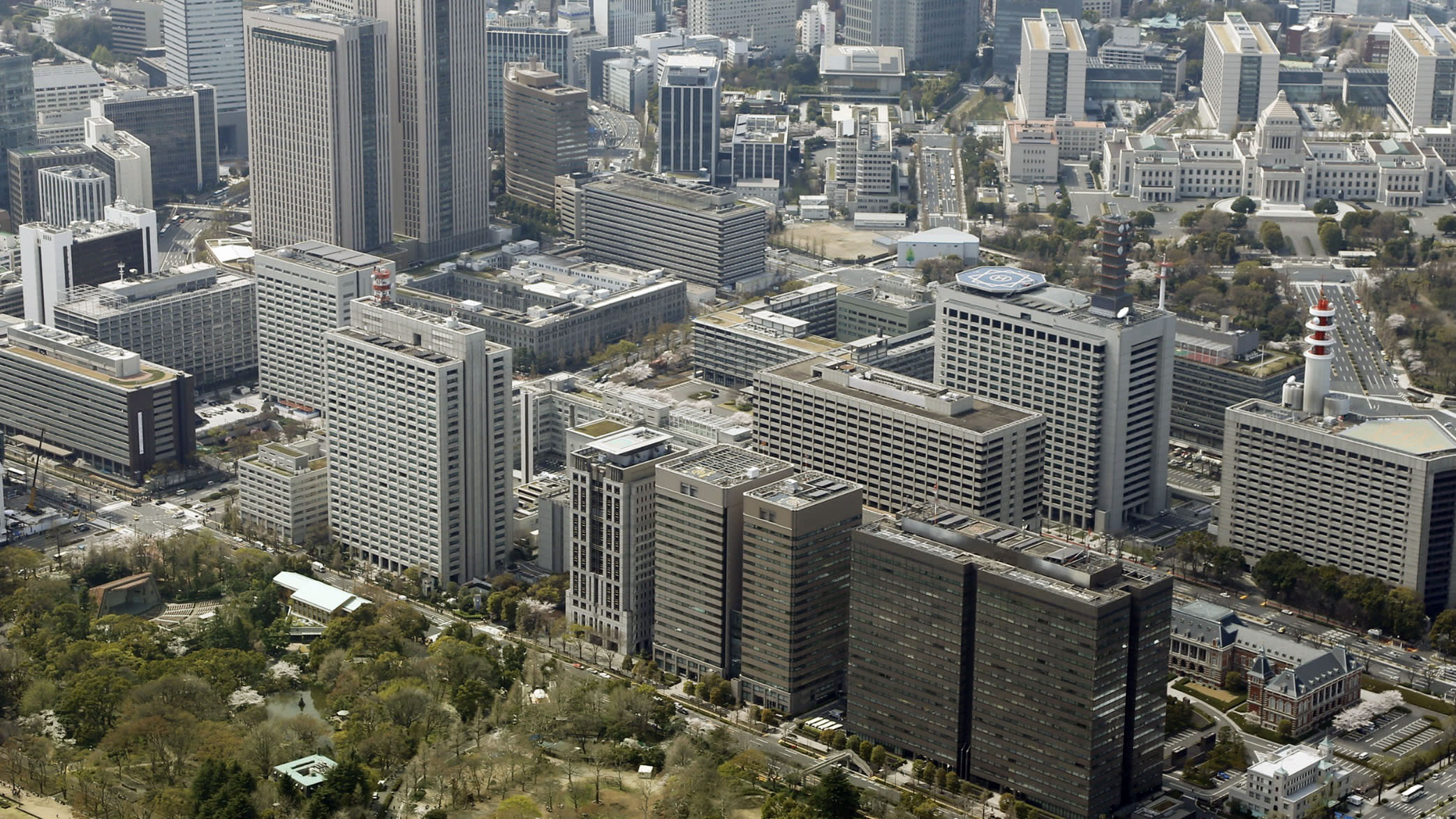 TOKYO -- Lights still shine bright until late at office buildings in Tokyo's Kasumigaseki administrative district, even as Prime Minister Shinzo Abe has made work-style reforms one of his policy priorities.

The private sector is also addressing the issue of reforming the way the Japanese people work. In addition to pay hikes, work style-related matters such as making work and child-rearing compatible became a key issue in this year's "shunto" spring wage negotiations.

While working conditions are improving at private companies through efforts by labor and management, Japan's culture of working long hours is still deep-rooted in the world of bureaucrats.

If the situation remains unchanged, it could become difficult for the central government to secure necessary personnel in the future as many young people shun jobs involving working long hours to enjoy their private life.

Japan launched a "Premium Friday" campaign as a public-private initiative designed to encourage people leave the office at 3 p.m. on the last Friday of each month to boost consumption and reduce the country's notorious long working hours.

On Feb. 24, the first Premium Friday, Economy, Trade and Industry Minister Hiroshige Seko called on ministry staff to "leave the office early today as long as doing so does not affect your operations."

Seko also said, "The Ministry of Economy, Trade and Industry wants to be in the vanguard of efforts to reform people's work style and spur consumption through the Premium Friday (campaign)."

Seko's remarks were broadcast inside the METI building in the Kasumigaseki district. While calling on ministry staff to leave work early as a champion of Premium Friday, Seko himself called it a day early and went curling.

But any such call for participation in Premium Friday falls on deaf years among many workaholic bureaucrats in the Kasumigaseki district, which is home to many government ministries and agencies.

The Finance Ministry now faces the important task of having the fiscal 2017 government budget plan deliberated and enacted in the current ordinary session of the Diet, Japan's parliament.

"We will have Diet deliberations (on the budget plan) at the beginning of next week. There is no way we can leave the office early," one ministry official said nonchalantly on the first Premium Friday.

For bureaucrats at Japanese ministries, handling Diet affairs, such as preparing written replies by their ministers and superiors to questions from lawmakers in the Diet and related materials, is an important task.

"With the exception of the Ministry of Economy, Trade and Industry, which is the champion of the Premium Friday campaign, government ministries and agencies are not taking part in it seriously," said a senior official at one economy-related ministry.

One young bureaucrat in his 20s grumbled, "When I go home after finishing work, I usually have to catch the last train or take a taxi."

Many bureaucrats have to work long hours, primarily preparing written replies by their ministers and superiors to questions in the Diet and drawing up government-sponsored bills. They have to work under particularly extreme pressure while the Diet is in session.

In a significant boon for workaholic bureaucrats, a new electronic system went fully online at government ministries and agencies in the Kasumigaseki district in January, allowing them to automatically draw up law-revision bills using personal computers.

Bills to revise laws or amendments to government ordinances are written in a special format that makes it possible for those who read them to easily understand differences in the current and revised laws or ordinances.

Such documents are compiled based on comparison tables and stipulate which parts of the current laws or ordinances will be changed -- and how.

Writing a major law-revision bill in the required format sometimes takes as long as 50 hours. But the newly introduced electronic system cuts the time to only several dozen seconds.

Information technology will also be used to prepare written replies to questions in the Diet. METI has recently conducted a demonstration test of an artificial intelligence-based system to draw up drafts of such written replies.

The AI-based system learns about the minutes of Diet meetings of the past five years. It then analyzes and sorts out helpful replies during that period. It is expected to relieve pressure on bureaucrats as they have to fight against time to prepare written replies to questions in the Diet.

Based on the results of the demonstration test, METI will explore the practical use of the AI-based system in the future.

In 2016, the National Personnel Authority conducted a survey of newly recruited central government employees. It showed that they wanted improvements in working conditions.

When asked about measures that help enhance the attractiveness of official duties and secure personnel, with multiple answers allowed, the largest percentage of the respondents -- 57.5% -- cited the reduction of overtime and late-night work.

When the economy picks up, private companies become more willing to hire new employees, making it more likely that the number of applicants for the central government's recruitment exams declines.

In fact, the central government's fiscal 2015 recruitment exams for bureaucrats on the elite-career track drew only 24,297 applicants, about 20% fewer than 10 years earlier.

But long working hours are another factor that makes the central government a less attractive employer for young people. A growing number of university students looking for jobs are now attaching importance to private life.

"When I looked for a job, I gave particular consideration to whether I can enjoy fulfilling private life and take enough holidays. I never thought about becoming a bureaucrat," said one student at a prestigious private university who will join a pharmaceutical company in April.

A mid-level bureaucrat at one economy-related ministry said, "We are formulating policies to reform the way people work. But reforms at our work place do not make as much progress as expected."

The success or failure of work-style reforms in Kasumigaseki will affect the central government's ability to secure necessary personnel in the future.