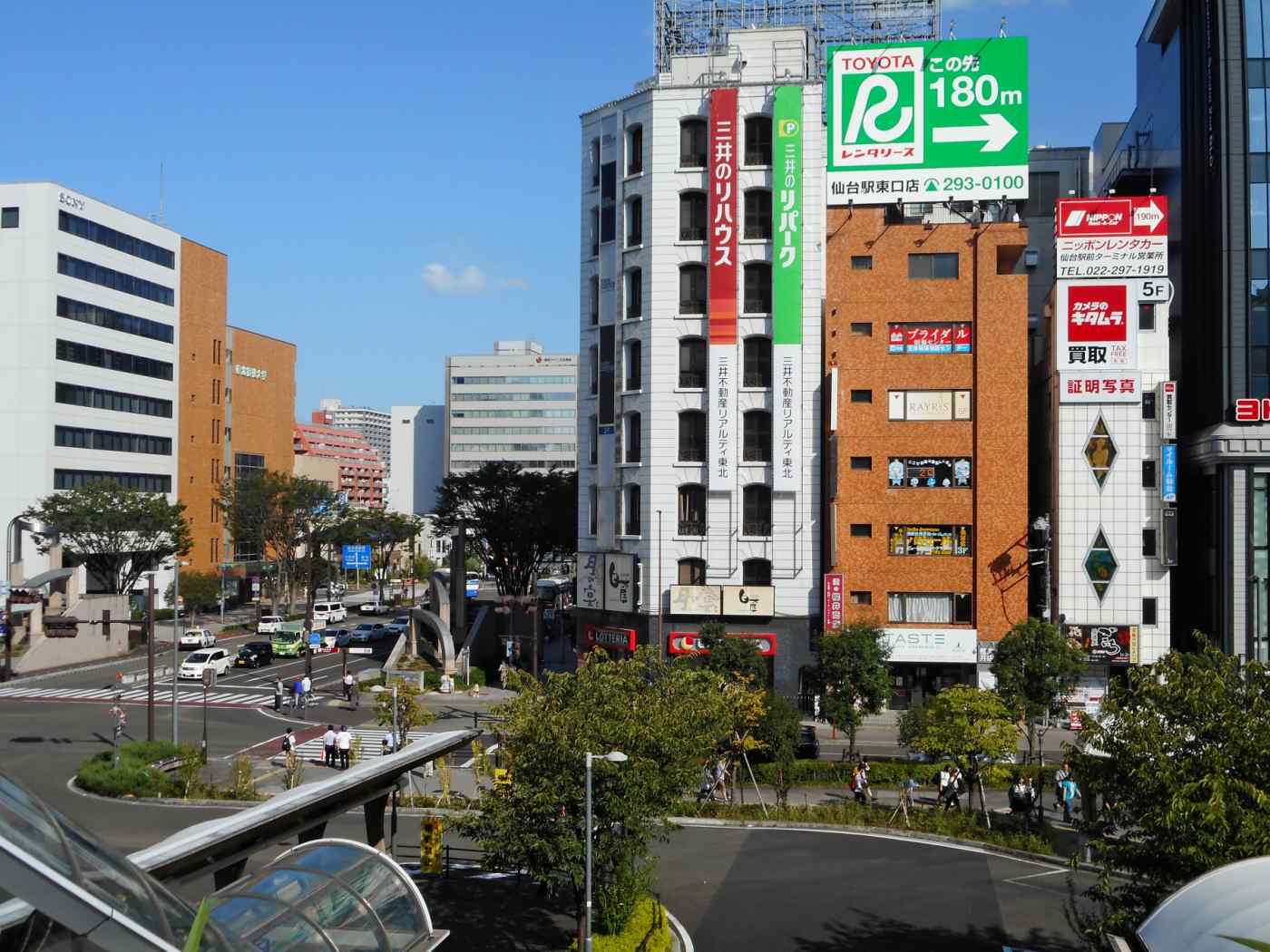 TOKYO -- Even as prices of Japan's commercial and industrial land finally bottom out after more than two decades of deflation, the residential real estate market still struggles to make gains outside urban areas.

An annual government report released Tuesday shows the average price of residential land nationwide down 0.6% in the year through July 1. Major cities outperformed the average, with prices rising 0.6% in the Tokyo and Nagoya metropolitan areas, holding steady in Osaka, and jumping 2.8% overall in the regional hub cities of Sapporo, Sendai, Hiroshima and Fukuoka.

But the rest of the country has not fared so well, with average residential land values sinking 1.1%.

An upswing in real estate financing has remained largely limited to cities and other easily accessible areas, proving too weak to bolster prices more broadly. Even as the consumer price index excluding volatile fresh foods rose 0.5% on the year in July, spending on rent and other housing costs slid 0.2%.

Some green shoots are emerging in outlying areas. Of the 10,573 residential lots surveyed outside the big three and regional hubs, 1,583 increased in price -- 255 more than a year earlier. Even in regions with dwindling populations, urban areas with ready access to transportation are growing more valuable.

Commercial and industrial land is faring better on the whole, showing signs of emerging from years in the doldrums following the end of Japan's economic bubble. Commercial real estate values in the Tokyo metropolitan area tumbled 10-20% annually for six years starting in 1992, just after the bubble burst. The declines narrowed to single digits thereafter, and price growth returned to positive territory in 2013.

The four big regional cities were standout performers over the last year, with average commercial land prices jumping 7.9%, compared with a 3.5% gain for the "big three" of Tokyo, Osaka and Nagoya and a 0.5% increase for Japan as a whole. The four have seen a rise in tourism-driven hotel construction as well as redevelopment fueled by the Bank of Japan's easy-money policies. The value of a lot in Fukuoka's downtown Tenjin area jumped 16.5% on redevelopment hopes after the city relaxed building regulations. Projects in and around transportation hubs in Sendai and Hiroshima have lifted real estate prices in those areas as well.

Industrial land prices eked out a 0.002% gain, the first increase in 26 years, as the growing e-commerce market fueled a proliferation of logistics facilities along major highways. The sharpest rise in value was seen in an Ibaraki Prefecture town near an interchange on a Tokyo-area expressway.

Commercial land prices are widely expected to keep rising at least until the 2020 Tokyo Olympics. A large amount of office supply is due to come on the market by then, according to Yuto Ohigashi of the Japanese arm of U.S. real estate services provider Jones Lang LaSalle.

But the news is not all positive, even in Tokyo. Condominium starts slumped 5.1% here in fiscal 2016 as soaring prices, even in the suburbs, have given potential buyers second thoughts.

"Condominium prices are peaking and will start undergoing a correction," said Shigeo Hirayama of the Urban Research Institute, adding that the market's rise "isn't enough to end asset deflation."