TOKYO -- Kansai International Airport in Osaka resumed operations at half of its main terminal and runway on Friday, 10 days on from suffering extensive damage caused by Typhoon Jebi.

Major airlines including Japan Airlines and All Nippon Airways have started operations using the south half of the airport's Terminal 1 and Runway A.

Operator Kansai Airports plans to restart up to 270 domestic and international flights by Sept. 20, a little over 50% of the regular total.

It aims to reopen the north half of the terminal on Sept. 21, but "the number of expected flights will depend on equipment and airline crews,” said a press officer.

Terminal 1 is the larger of the airport's two terminals and serves the majority of traffic, while Terminal 2 is designated for budget airlines.

The airport managed to resume some operations three days after Jebi struck on Sept. 4 using Terminal 2 and Runway B, which suffered less damage. But this amounted to less than 20% of total flights. 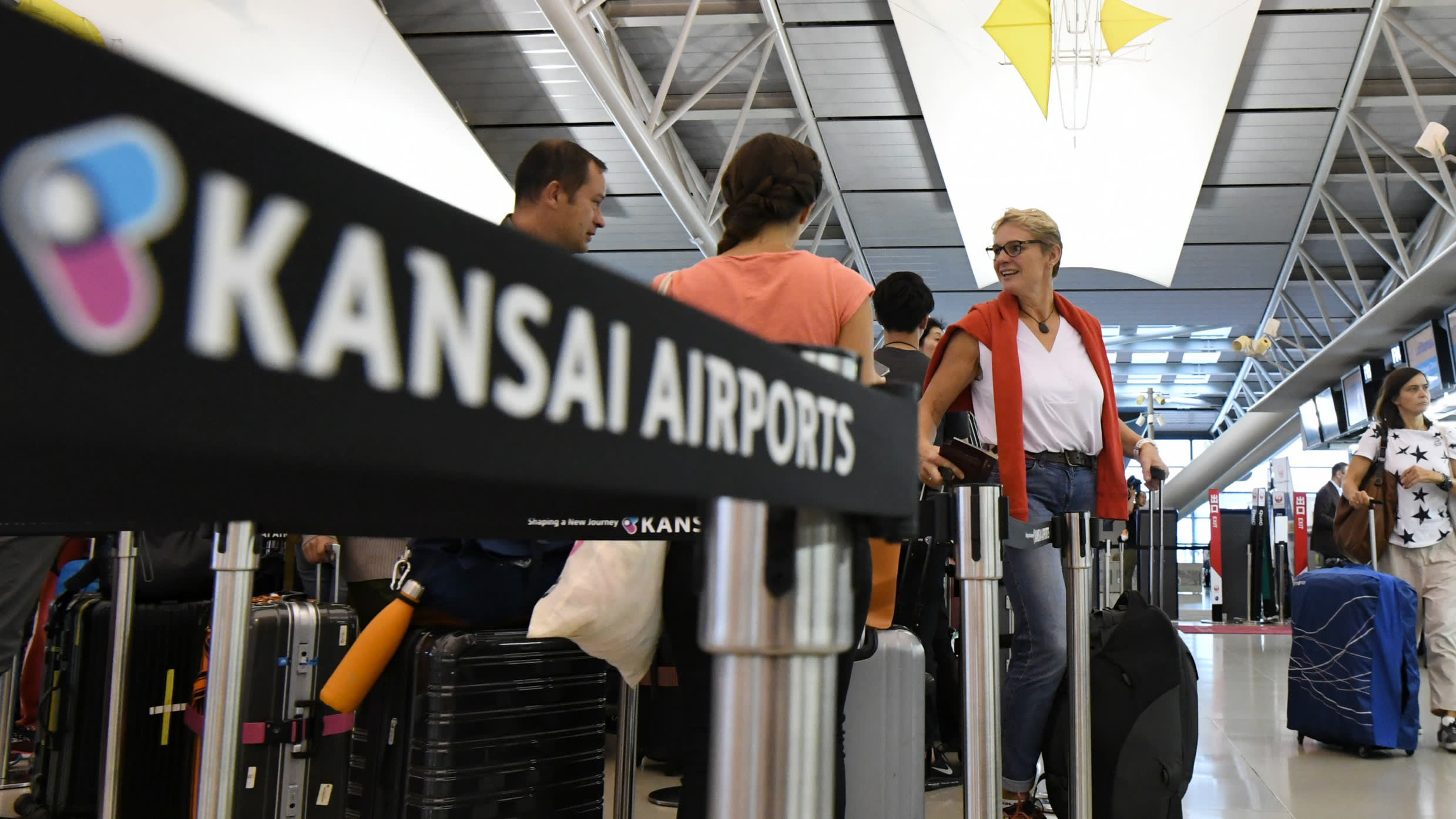 The international gateway to western Japan seems to recover half way through after 10 days from the disaster caused by Typhoon Jebi. (Photo by Hiroyuki Yamamoto)

Access to the airport is also recovering. Rail traffic crossing the only bridge connecting the airport, which is located on an artificial island, with the mainland will resume on Sept. 21, according to New Kansai International Airport Company, the bridge's owner and operator.

The services, run by West Japan Railway and Nankai Electric Railway, are used by 50% of airport passengers. The bridge was closed after a tanker was swept into its side by the typhoon.

He also expressed a need for improved measures to provide emergency information to foreign tourists, such as "placing more mobile phone chargers in the airport and providing guidance in English, Chinese and Korean."

Cargo flights are set to take more time to recover, as maintenance needs to be carried out on warehouse equipment. The airport normally handles an average of 280 cargo flights a week, less than 30% of which have resumed.