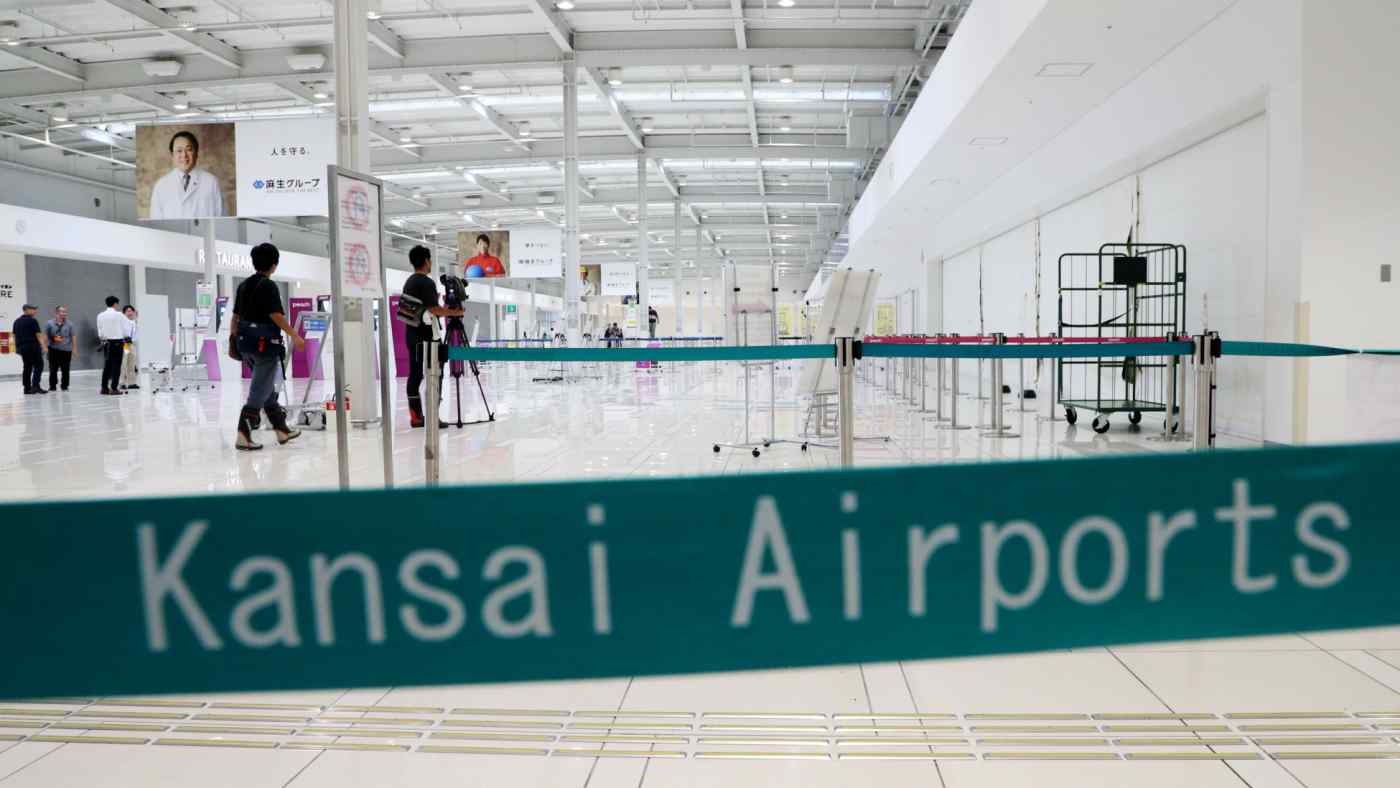 TOKYO/OSAKA -- Japan's typhoon-battered Kansai International Airport near Osaka will resume a small number of domestic flights on Friday, but a full restoration of the hub airport is expected to take months.

"We are currently going through procedures so we can partly resume airport operations tomorrow," Yoshiyuki Yamaya, CEO of airport operator Kansai Airports, told reporters on Thursday.

The planned resumption of flights will account for fewer than 10% of the over 500 domestic and international flights that typically take off or land at Kansai International daily, including cargo shipments.

With one of Kansai International's two runways -- Runway A -- and Terminal 1 still heavily damaged, the prolonged closure will continue to impact the Osaka region's economy.

Budget airline Peach Aviation, which is a unit of All Nippon Airways, and China-based Spring Airlines likely will be the first to resume flights in and out of the airport because both generally use the relatively unscathed Terminal 2. Since Peach uses Kansai International as its base, it can begin any maintenance work its jetliners might need, Yamaya said.

Peach will operate 17 flights to destinations like Niigata and the Tokyo-area Narita Airport, while ANA will fly just two to Haneda Airport, near downtown Tokyo. 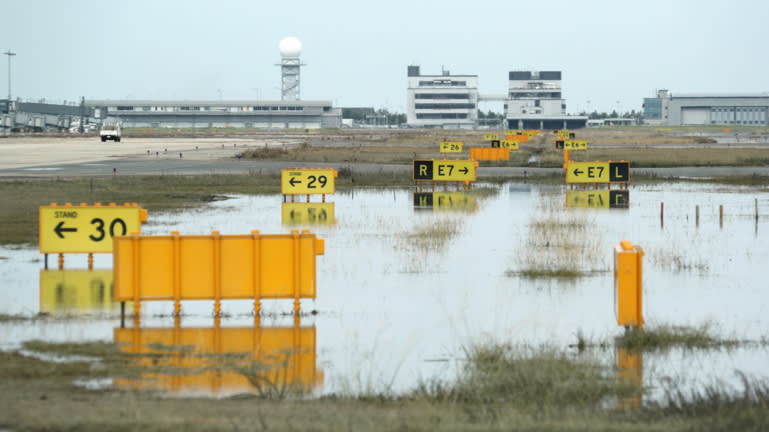 Water remains on the areas around Runway A at Kansai Airport on Thursday. (Photo by Nozomu Ogawa)

Kansai International is built on two artificial islands that each have one runway. Runway B is at least 4.6 meters above sea level and suffered no major flooding. It will return to use on Friday. Terminal 2, on the same island, also avoided acute damage.

Runway A, on the other hand, is only 1 or 2 meters above sea level and suffered severe flooding from Typhoon Jebi, as did Terminal 1.

A bridge providing the only road and rail access to the islands also received serious damage when a tanker slammed into it during the storm Tuesday. Rail tracks on the bridge were displaced by about 50 cm, and no time frame exists for resuming train service.

Access to the shore will be resumed Friday through a special shuttle bus service, which will operate on relatively intact lanes on the bridge's north side. High-speed ferry service between Kansai International and Kobe Airport also will resume as usual.

"The restoration will be on a basis of several months," said Ichiro Matsui, the governor of Osaka Prefecture.

Murata Manufacturing, based in neighboring Kyoto Prefecture, has shifted shipments of its electronic parts to Tokyo's Haneda Airport.

Hoping to minimize the impact on the region's inbound tourism, Matsui asked the hosting municipalities on Thursday for cooperation to let Itami and Kobe airports open an hour earlier in the morning and close an hour later than usual. The city of Kobe indicated that it would accept this request, but needs to make preparations for additional customs, immigration and quarantine operations.

Typhoon Jebi killed 12 people in four prefectures and damaged or destroyed about 1,000 homes.