Keidanren chief Nakanishi to resign in June over illness 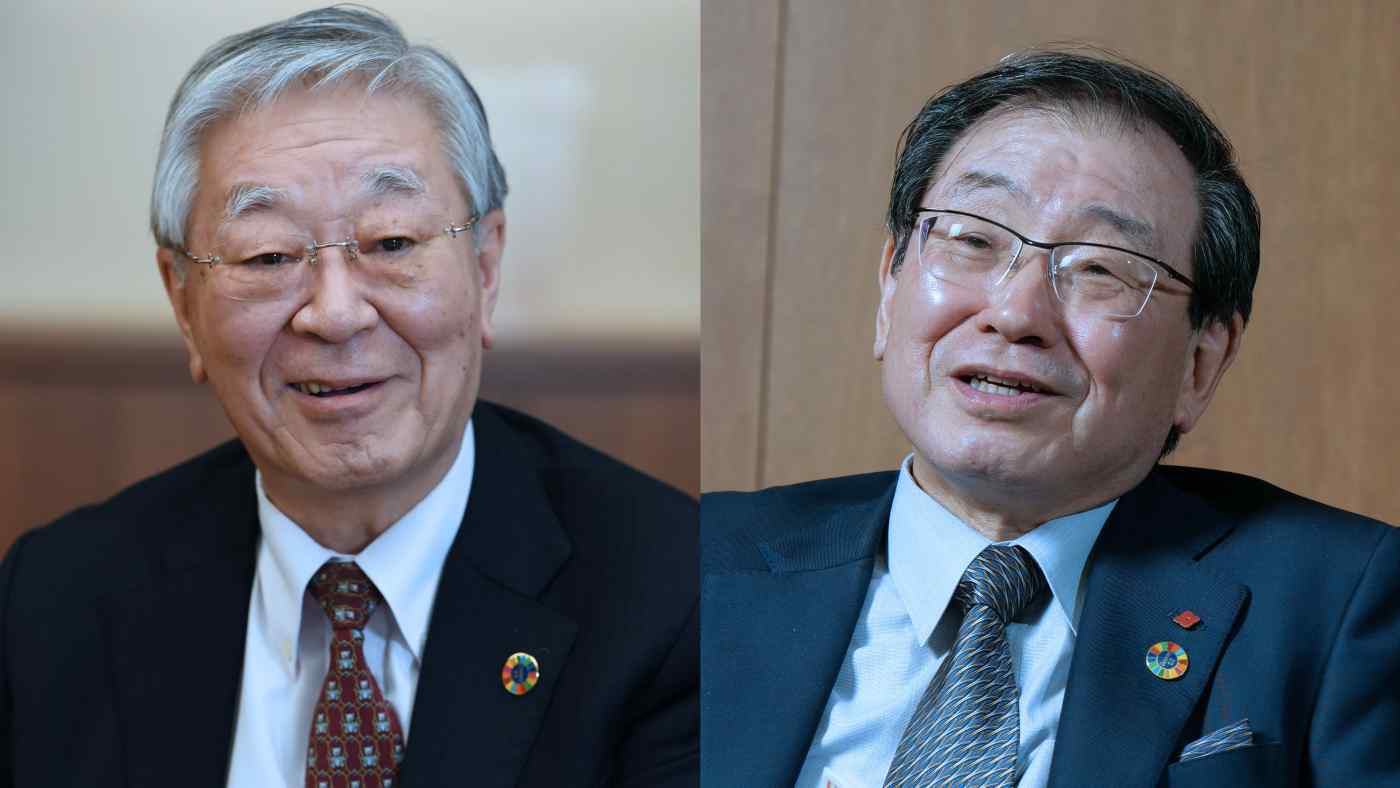 Keidanren Chairman Hiroaki Nakanishi, left, will step down due to illness. He will be succeeded by Masakazu Tokura. (Source photos by Karina Nooka and Hideki Yoshikawa)
Nikkei staff writersMay 10, 2021 11:38 JSTUpdated on May 10, 2021 13:52 JST | Japan
CopyCopied

TOKYO -- Hiroaki Nakanishi, chairman of the powerful Japan Business Federation, also known as Keidanren, will step down for health reasons. Masakazu Tokura, chairman of Sumitomo Chemical, will take over on June 1, Nikkei has learned.

The chairman of the business lobby is often called the "prime minister of business circles," and it is extremely rare that someone in the position steps down in the middle of a term.

For Sumitomo Chemical it is not the first time for the head of the company to lead the business group. Former Keidanren Chairman Hiromasa Yonekura was also from the chemical maker.

Nakanishi was diligent in attending government meetings and media events online while receiving medical treatment. However, a regular news conference in April was canceled due his health problems.

As chairman, Nakanishi worked to revise Japan's job-hunting rules with an eye to digitization. Under the old Keidanren-created job-hunting rules, the timing of new graduates' job searches was strictly limited. But Nakanishi considered this method out of date given companies' rapid globalization and decided to abolish the rules for students entering the workforce in the spring of 2021.