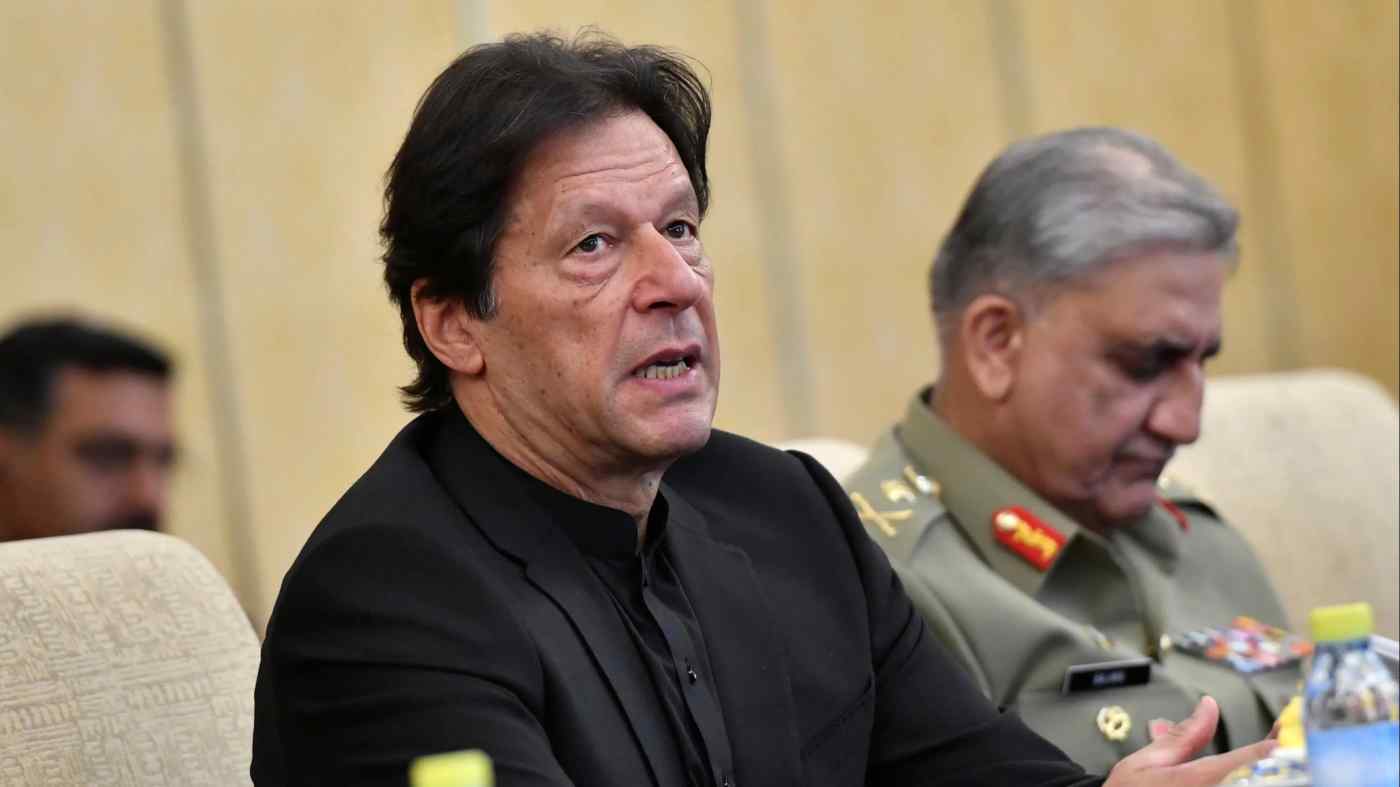 ISLAMABAD -- Recent trends in Pakistan have given Prime Minister Imran Khan reason to claim that an economic recovery is spreading across the South Asian country.

"Pakistan's economy finally heading in right direction, as more of our economic reforms bear fruit," Khan tweeted recently following a slight improvement in the current-account deficit, and the International Monetary Fund's approval of an approximately $500 million loan that is part of a larger $6 billion package agreed in July.

Khan's position has been helped by a devaluation of Pakistan's currency. Over the past two years, the rupee has fallen by roughly a third, spurring exports. "Our exports of goods & services in Oct 2019 rose 20% over previous month and 9.6% over Oct 2018. I congratulate our exporters & encourage them to do more," Khan said in his recent tweet. These developments have given the stock market a shot in the arm. "Pakistan's markets have responded well to economic trends," said Shuja Rizvi, a Karachi-based adviser to equity investors. "Overall, people believe there is positivity on Pakistan's economic front."

The country's benchmark KSE-100 stock index has risen almost 40% since August in response to Moody's upgrade and growing confidence over Pakistan's ability to meet its foreign debt payments after it signed the IMF loan. Finance Ministry officials in Islamabad told Nikkei that Pakistan is looking to return to global bond markets in the first half of 2020 with offers like the sukkuk, an Islamic bond, worth at least $1 billion.

Another noticeable trend has been a surge in foreign investors' interest in Pakistan's domestic rupee bond market. Debt investors are attracted by the country's high interest rates, with the State Bank of Pakistan nearly doubling its policy rate over the past two years. Since July, investors have bought up to $1 billion in rupee-denominated government bonds. Another $2 billion in bond purchases is expected through June 2020, according to estimates by Topline Securities, a Karachi-based investment advisory service.

"The stability of the rupee, and the central bank maintaining high interest rates, is prioritizing the interests of foreign fund managers," said Mushtaq Khan, a former economic adviser to the central bank.

But despite the improving numbers, Pakistan's economy is still far from healthy. Shahid Ghaffar, a former managing director with the National Investment Trust, Pakistan's largest public-sector mutual fund, warned of the need to manage downside risk in an interview with Nikkei. "In future when you reduce interest rates, these foreign investors are likely to take out their money from Pakistan. It's important to see our exports built up over time, so that we're in shape to manage future demands of this kind on our foreign-currency reserves," Ghaffar said. 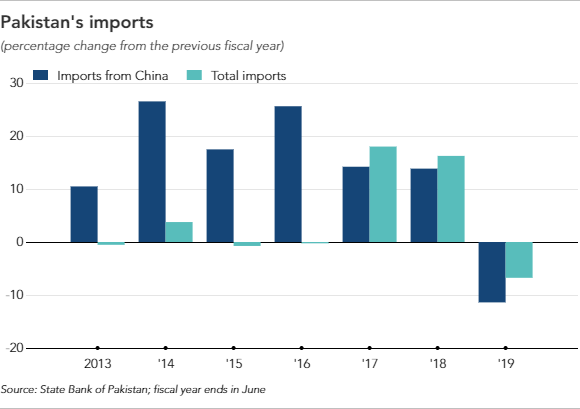 The central bank has kept its policy interest rate as high as 13.25% since July to battle the risk of inflation brought on partially by the weak currency. Inflation as measured by the consumer price index peaked at 12.67% in November and there are no clear signs of an imminent drop in inflation.

"If you go to a bank today to borrow, you are looking at annual interest rates of 18% or more" said Saeed Malik, a Pakistani businessmen with interests in manufacturing carpets. "I think it's about time -- Prime Minister Imran Khan should start worrying about Pakistan's economy. The trends we have today are not going to allow expansion of businesses or creation of new jobs," he said.

The decline in the current-account deficit that policymakers have been congratulating themselves over is not as straightforward as it looks. Total imports fell 7% in the fiscal year ended in June, imports from China skidded 11% over the same period.

The plunge in imports from China points to a significant slowdown in infrastructure projects related to China's Belt and Road initiative. That, in turn, has dragged on Pakistan's economic growth. According to the IMF, Pakistan recorded economic growth of more than 5% in 2017 and 2018, but the fund forecasts the rate will decline to 3.3% this year and to 2.4 percent in 2020.