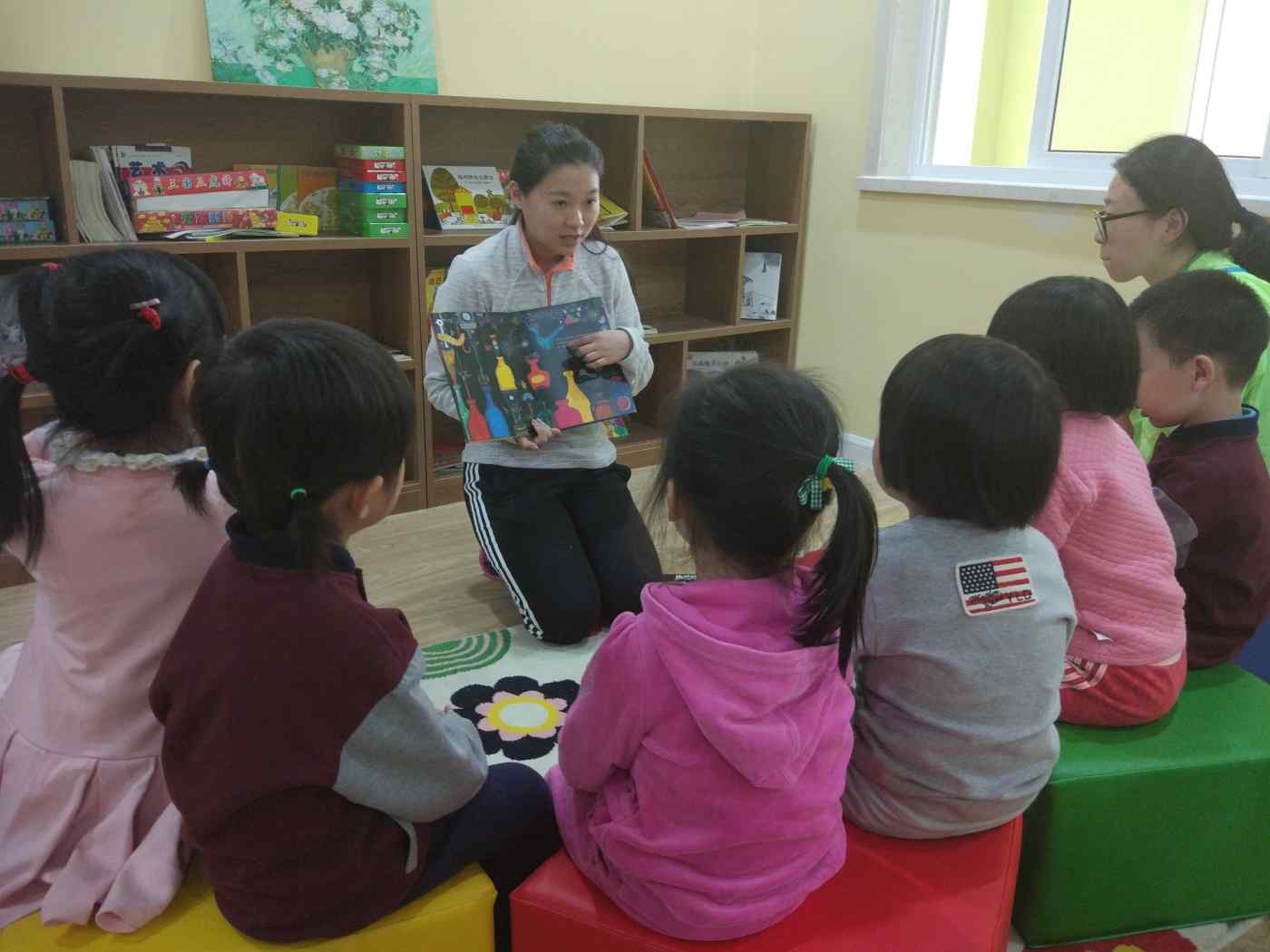 Low pay is one reason it is so hard for kindergartens in China to find teachers. (Photo by Daisuke Harashima)
DAISUKE HARASHIMA, Nikkei staff writerJanuary 18, 2018 10:00 JST | China
CopyCopied

DALIAN, China Two years after ending its one-child policy, China's efforts to raise the birthrate have hit a snag as a shortage of kindergartens makes having a second child too costly for many couples.

Officials are scrambling to boost the birthrate in order to address the country's daunting demographic challenges -- namely a rapidly aging population and a shrinking workforce.

But despite government efforts to open more public kindergartens, a dearth of teachers is leaving many families without access to affordable preschool education. Fees at private kindergartens run five times higher than those for public schools, putting them out of reach for many families.

MINDING THE MINDERS Low pay and grueling working conditions make finding kindergarten teachers hard. It can also lead to other problems. Yang Ming, a man in his mid-30s who works at a financial institution, was recently surprised to see his 3-year-old daughter come home from kindergarten crying.

Soon afterward, he received a call from a teacher who said his daughter had communication difficulties. The teacher kept calling, informing him and his wife of their daughter's "problems."

Then one of Yang's acquaintances told him the calls were a sign the teacher was looking for a handout. Yang got the message: He brought 2,000 yuan ($309) to the teacher the next day. Suddenly the child's problems disappeared. The teacher's attitude changed overnight and his daughter was again happy to go to school.

Incidents like this are fairly widespread. Yang said he now regrets not choosing a private school for his daughter despite the high fees. China saw an uptick in births following the end of its one-child policy, but the number is expected to start falling again in 2019. (Photo by Daisuke Harashima)

TOUGH CHOICES Han Yue, who is in his early 30s and works in Dalian, has put his 3-year-old son into a private kindergarten. "It's difficult to get your child enrolled [in a public preschool] in the first place, and I was also worried about the effects it would have on my child," Han said.

Han and his wife together earn 10,000 yuan a month, about average for a family in the city. The private preschool their son attends costs 2,500 yuan a month. They first considered enrolling him in a cheaper public kindergarten that charges about 500 yuan a month, but the only one nearby with a good reputation is restricted to residents who live in an area where land prices are nearly twice as high as where the Hans live.

Another public kindergarten they considered has only three teachers for each class of 40 children. The couple ruled out that school because their son has food allergies. They felt the high student-to-teacher ratio would prevent their son from receiving the special attention he needs.

POLICY REVERSAL The Chinese Communist Party introduced the one-child policy in 1979 to curb population growth as the country faced critical food shortages. The policy succeeded in lowering birthrates, but it also created a raft of social problems. 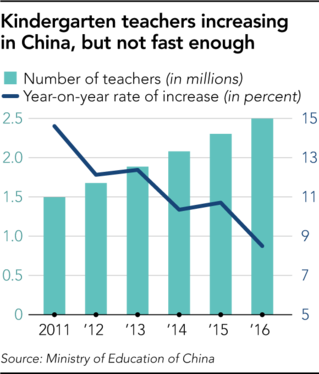 The country's working-age population is shrinking while the ranks of the elderly swell -- more than 10% of the total population is 65 or older.

In response to the looming demographic crunch, Beijing started easing the one-child policy in 2013. Since the end of 2015, all couples have been permitted to have a second child. The policy shift created a spike in births: 17.86 million babies were born in 2016, up 1.31 million from the previous year.

But with only about 86,000 public kindergartens for 44.13 million children nationwide, competition for admission is fierce. Many parents try to get their children into preschools through the back door, using money or connections.

While there are 150,000 or so private kindergartens, fees for these schools eat up a quarter of the monthly income of the average household. In many cases, grandparents end up shouldering part of the financial burden.

ONE IS ENOUGH Wang Han, a government worker in her late 20s with a household monthly income of about 10,000 yuan, has spent a lot of time and energy trying to figure out how to care for her 3-year-old son. She has given up on the idea of enrolling him in a public kindergarten, she said, because he gets sick easily and there are many sniffly children at public schools.

Her son's private kindergarten costs 3,000 yuan a month, putting a big dent in the family budget. Her parents have come to the rescue by chipping in. But with all of the other costs involved in raising children -- extracurricular lessons, toys, safe food -- the Wangs have resigned themselves to the fact that they cannot handle a second child, financially or physically.

Unfortunately for struggling parents and worried officials, finding teachers to staff public schools remains a daunting challenge. The number of kindergarten teachers rose 8.6% in 2016 from the previous year to 2.49 million, according to the Ministry of Education, but the growth rate has been trending down. "The pay is so bad, despite the heavy social responsibility we bear," one kindergarten teacher in her 30s said.

Her days are spent caring for and teaching the children, while her evenings are devoted to preparing for special events and attending mandatory training. And then there are the incessant demands of the children's parents. "If there are 100 parents, we receive 100 different requests," she said. Despite all of this, her monthly pay is 3,500 yuan, less than the average for the city.

The Chinese government is working to build more public kindergartens, while subsidizing private ones to keep their fees down. But so far, little has been done to deal with the shortage of teachers, which lies at the heart of the issue.

It will likely be a long time before ordinary Chinese couples feel confident about having a second child. The China Industrial Information Network, a research specialist, predicts 20.23 million babies will be born in China in 2017. But the number is forecast to start declining in 2019, sinking to 16.41 million in 2021.