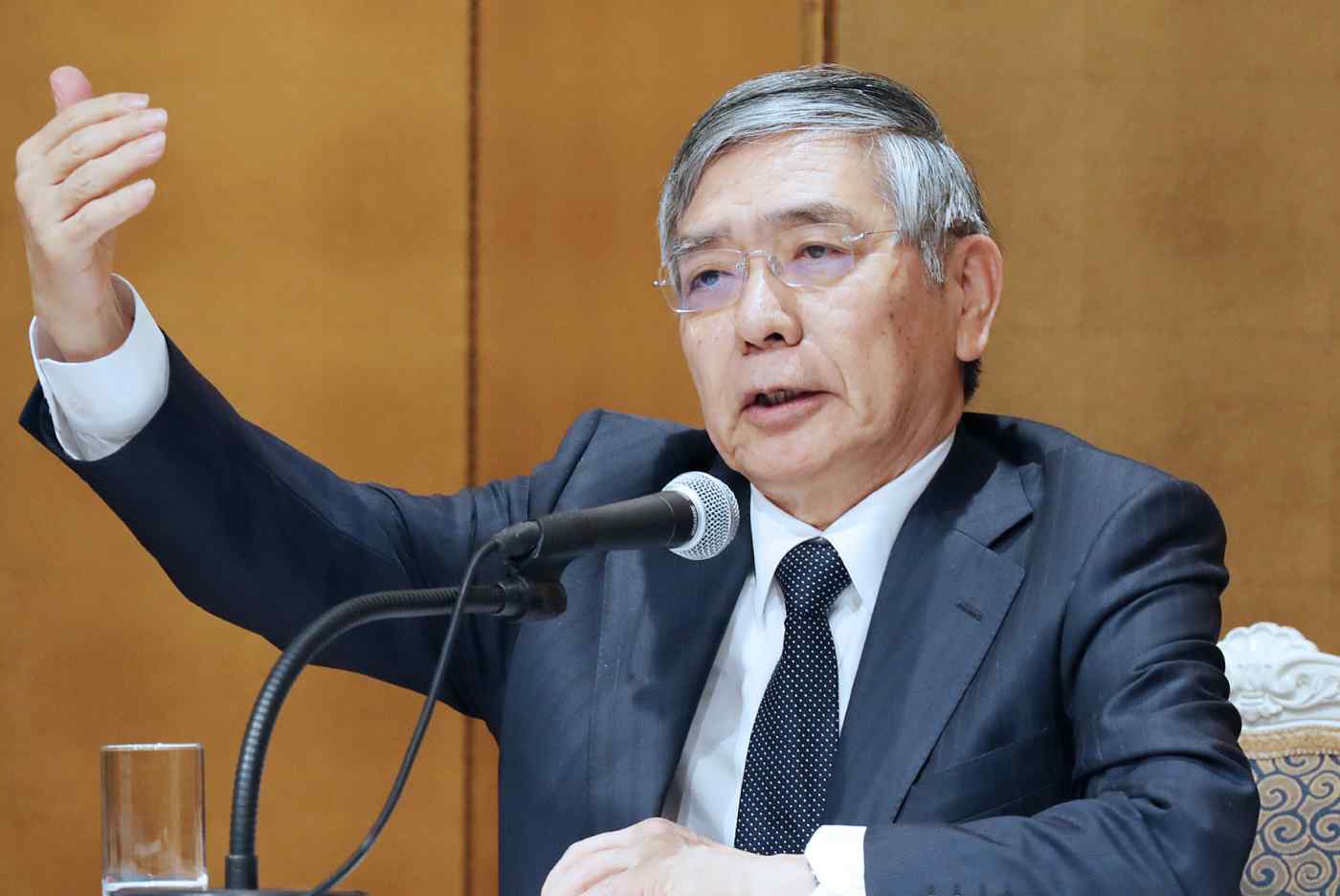 TOKYO -- The Bank of Japan communicated better and more openly with the market over the course of this year, and Gov. Haruhiko Kuroda's remarks Tuesday embodied this change.

The BOJ stayed busy in 2016, frequently adjusting its monetary easing policy. Starting with the January decision to employ a negative interest policy, the central bank also called for a sharp increase in purchases of exchange-traded funds in July and resolved in September to control short- and long-term interest rates.

Kuroda's remarks Tuesday following the bank's two-day December meeting impressed upon the audience the BOJ's concerted efforts to communicate closely with the market.

Asked about the Japanese currency's sharp decline against the dollar following last month's U.S. presidential election, Kuroda said the yen's current level was "not surprising." The foreign exchange swing more reflected the rise of the dollar than a decline of the yen, he said. "People repeatedly talk about the soft yen, but the currency has only returned to where it was around February," the governor said.

Kuroda had made no direct comment on forex rates for some time, likely due to a bitter experience in June 2015. In his response to a question at parliament back then, Kuroda said the yen was unlikely to weaken further, and this sparked a sharp appreciation by the currency.

Forex was not the only key point Kuroda touched on Tuesday. He also discussed long-term interest rates, the biggest focus of market participants. The governor asserted that the BOJ had no intention of letting Japanese rates rise in sync with those overseas, or of raising the benchmarks for short and long rate controls.

The improved dialogue with the market fits with the BOJ's shift away from a more surprise-based approach.

Before the January decision to introduce a negative rate policy, Kuroda had told parliament that the central bank was not considering specifics about such a policy step. The unexpected move from the policy meeting softened the yen, but the impact was short-lived.

The BOJ has since gradually abandoned a strategy of surprise. In late July, Kuroda gave "advance notice" to the market that the bank would conduct a "comprehensive assessment" of policy moves at the September meeting -- expressing an intent to thoroughly examine past policy steps and share the result with the market.

"It is necessary and quite feasible to strengthen communication with the market and the Japanese public, so we hope to continue this effort," Kuroda said in the news conference.

He conceded that prices in Japan are "still distant" from the BOJ's inflation target of 2%. Kuroda may consider dialogue to raise public awareness, seeking a breakthrough in Japan's protracted battle to overcome deflation.