Kuroda's march to 2% bogs down in stagnant wages 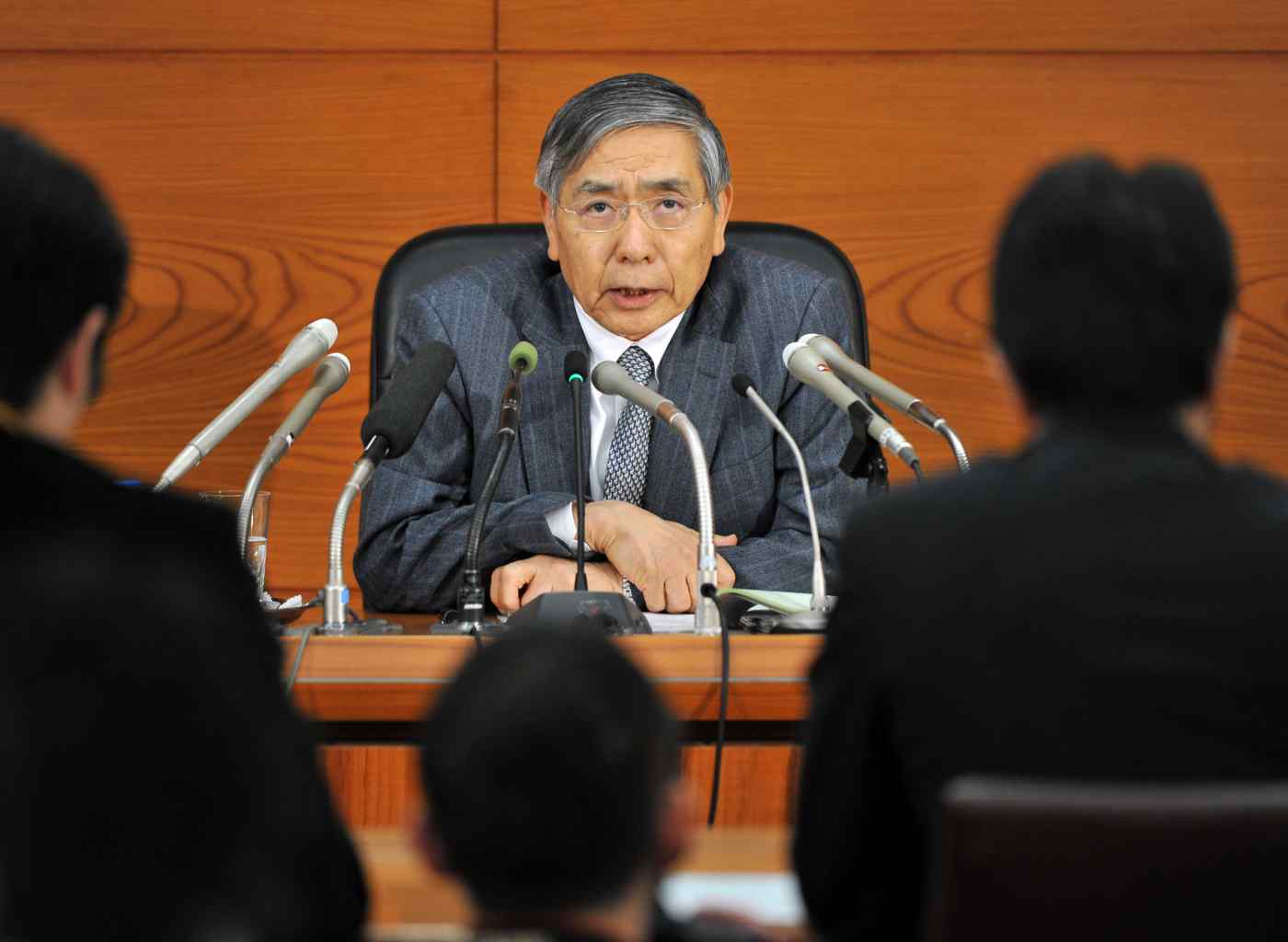 TOKYO -- The Bank of Japan is caught in a dilemma. The central bank has fallen behind in its pursuit of inflation, but speeding up asset purchases could produce the wrong kind of price growth even as wages remain sluggish.

The trend in prices has been one of steady improvement, BOJ Gov. Haruhiko Kuroda stressed to reporters Friday.

He and the rest of the bank's policy board had just pushed back the target date for reaching its 2% price growth target by six months, but they did not increase monetary easing.

Excluding fresh food and energy, consumer price index growth did quicken to 1.2% year on year in September, up from 1.1% the month before. This marks the fastest pace since Kuroda's BOJ launched its current quantitative easing program in April 2013.

But with energy prices factored in, inflation remained negative for a second straight month. This reflects a drop in the price of crude oil that will eventually fade into the background. But if inflation stays close to zero after that, consumer expectations of rising prices may remain low.

"We have to keep a careful watch for changes in the trend," a senior BOJ official said.

Even the normally upbeat Kuroda had to acknowledge the unfavorable macroeconomic conditions.

Slowing emerging-market growth has spread to Japan. Exports and production have weakened, and business investment "isn't going according to plan," Kuroda said. The BOJ's hoped-for virtuous cycle, in which rising incomes beget increased spending, is in danger.

"It doesn't help when only prices rise," Kuroda said. "Unless there's balance throughout the economy, with wages growing and corporate profits rising, too, it will be difficult to achieve the 2% target in a stable manner."

Wages' struggle to keep pace with prices is vexing the BOJ. Real, or inflation-adjusted, wage growth has only just begun. A lopsided rise in prices owing to a weaker yen may discourage consumer spending, further delaying the onset of healthy inflation. Hence the wariness of prescribing additional monetary stimulus spread within the government.

While reiterating that the BOJ will not hesitate to adjust its policy if necessary, Kuroda conceded that the question of more easing entails "a very subtle judgment."

The BOJ's holdings of Japanese government bonds have swollen to more than 300 trillion yen ($2.46 trillion), or nearly 30% of the total outstanding. Many onlookers see little leeway for expanding its already massive bond purchases. Asked whether the BOJ was running out of options, Kuroda said he disagreed, noting that the Bank of England had gone all the way up to 70% with its quantitative easing.

Kuroda's display of confidence appears in part an attempt to dispel the counterproductive notion that BOJ has few tools left. As it remains vigilant for a U.S. interest rate hike, the bank also seems to want to hold some precious firepower in reserve.

The BOJ now expects to reach 2% inflation in the second half of fiscal 2016, not the first. This setback means that it will take four years -- twice as long as it had first predicted.

"If we keep pushing back the date, people may lose faith in us," warned a senior official at the central bank.

For his part, Kuroda told reporters that he didn't think the original two-year time frame "was impossible or a waste."

Asked whether the policy board had discussed additional easing this time, he said it had but that there were "no concrete proposals."