Kuroda to stay on as Abenomics driver TOKYO -- Bank of Japan Gov. Haruhiko Kuroda is expected to continue his massive monetary easing campaign in his second term as prices remain stagnant, though calls for an exit strategy could grow louder as his global peers roll back stimulus.

Kuroda's anticipated nomination to another five-year term underscores the government's unflagging faith in the man who helped nurse the economy back to health through aggressive asset purchases.

Prime Minister Shinzo Abe plans to submit Kuroda's name to the Diet as early as February, according to government sources, giving both chambers plenty of time to sign off before his term ends April 8. Kuroda would then stay on until 2023, becoming the first BOJ governor to serve two consecutive terms since Masamichi Yamagiwa was reappointed in 1961.

Abe must also either reappoint or replace the bank's two deputy governors, whose terms end March 19. Abe is expected to name a replacement for Kikuo Iwata.

The prime minister has praised Kuroda for helping bring "fresh air into the market," telling the lower house Budget Committee that he trusts in the governor's abilities. Kuroda "is a symbol of Abenomics," a senior government official said, referring to Abe's signature economic program, and "replacing him would be risky." 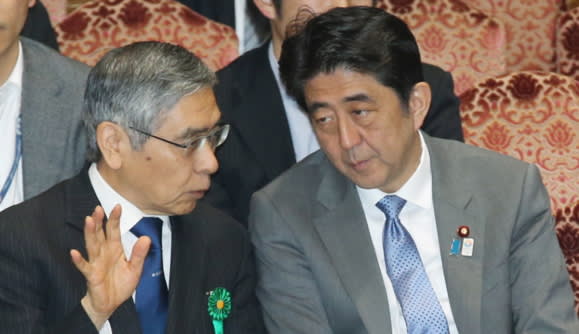 Massive monetary easing, which Kuroda kicked off in April 2013, the month after he took office, is an integral part of the government's economic policy. While the BOJ's first price growth goal of 2% inflation after two years went unmet, Kuroda stayed the course, hatching additional easing measures in October 2014 and introducing negative interest rates in February 2016.

Easing has not been without costs. Side effects, including dents in financial institutions' earnings, have drawn stiff criticism. Opposition lawmakers are expected to lodge fierce objections to Kuroda's reappointment when the matter comes up for debate.

But Abe is ready to defend his choice and has plenty of ammunition. Kuroda has presided over the second-longest economic expansion in postwar Japan. The yen has softened and stock prices have risen during his tenure, while the labor market has tightened significantly. Thanks to the long period of economic recovery, conditions are falling into place that would allow for a full exit from deflation, according to the Cabinet Office. 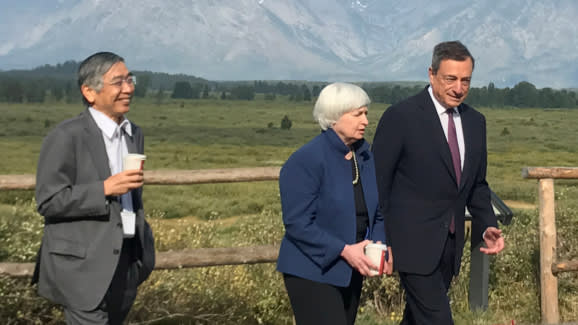 Kuroda seems confident in his approach, telling a news conference following the BOJ's January policy meeting that he sees "no need to alter the 2% price stability target," referring to the inflation goal. Heavy monetary easing is thus expected to continue. A policy accord between the government and the BOJ setting that target is expected to be largely retained.

The government, too, would like to keep interest rates low to encourage companies to invest, and to keep the yen soft to promote exports. Access to cheap credit would also reduce barriers to greater fiscal spending, another core component of Abenomics.

Kuroda will nevertheless face sizable policy challenges heading into his second term. Japan's consumer price index, less fresh foods, is currently growing at only 0.9% or so. The BOJ has already moved the timeline for reaching 2% price growth to around fiscal 2019, and whether such steps as Abe's call on business leaders to raise wages will help produce stable inflation in the near term remains to be seen.

The BOJ also faces questions over how it intends to draw down easing when the time comes. Central banks in the U.S. and Europe are already normalizing monetary policy, or even raising interest rates. The negative rates Japan introduced in 2016 have stoked concern over banks' finances. Calls are mounting for the government to regain some of the fiscal discipline abandoned in the face of cheap borrowing and to lay out a new path to a balanced budget.