TOKYO -- Japan's leading budget airline, Peach Aviation, has canceled numerous flights in May and June due to a pilot shortage. There are deep-rooted labor market problems behind the big block of cancellations. 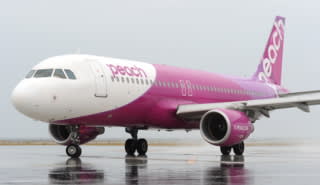 The airline industry is expected to face a long-term pilot shortage due to the ballooning number of globe-trotters. Although the Asia-Pacific region will need 14,000 new pilots in 2030, less than 5,000 will show up for those jobs, according to a forecast by the International Civil Aviation Organization.

Japan's Ministry of Land, Infrastructure, Transport and Tourism has another reason to worry about 2030. The country's existing pilots are expected to begin retiring en masse around then. Although 400 new pilots will be needed every year in and around 2030, current training programs will only produce slightly more than 150 a year.

Foreign hires and Ministry of Defense pilots who might make their way into the private sector could bring that number up to 200. Unless more training programs pop up, the situation will stop airline expansion cold.

Peach's flight cancellations are not the first time a new airline has had to black out a big chunk of its schedule. Skymark Airlines canceled 663 flights in the summer of 2008.

When Japan Airlines went bankrupt in 2010, some of its pilots and aircraft mechanics left for other carriers, temporarily easing the industry's labor shortage. But as airlines add more routes to bring more visitors to Japan and Tokyo's Haneda Airport opens more international slots, the pilot shortage in this country will be further exacerbated -- well ahead of 2030.

For Peach, which has its hub at the western Japanese airport of Kansai, 2030 is now.

Other companies in the transportation sector are also experiencing serious labor shortages. In late March, Yamato Transport and other delivery companies declined to pick up some packages due to the crush of Internet orders as people rushed to shop right before Japan's consumption tax went up. 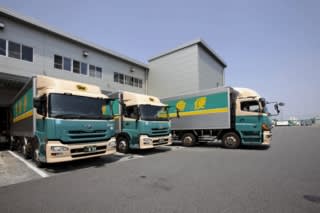 If the denials were a one-off thing, that's OK. But there are signs that Japan's delivery and transportation companies can't find enough workers.

And lately, the country's Labor Standards Supervision Office has been putting drivers of large trucks and buses under closer scrutiny. The beefed-up oversight comes in the wake of some deadly tour bus accidents. As a result, it has become more difficult for small and medium-size transportation firms to force their drivers to work long hours. While that is a good thing, it has also resulted in a driver shortage.

At some point, the transport industries' difficulties could begin to hinder growth. After all, how's an economy supposed to chug along if goods and people cannot move?

The country's long bout with deflation was largely due to three excesses -- in employment, facilities and debt. The new labor shortages, which are also affecting the construction and nursing care industries -- seem to indicate that the Japanese economy has reached a turning point.