Land values on the rise in Japan's big 3 cities 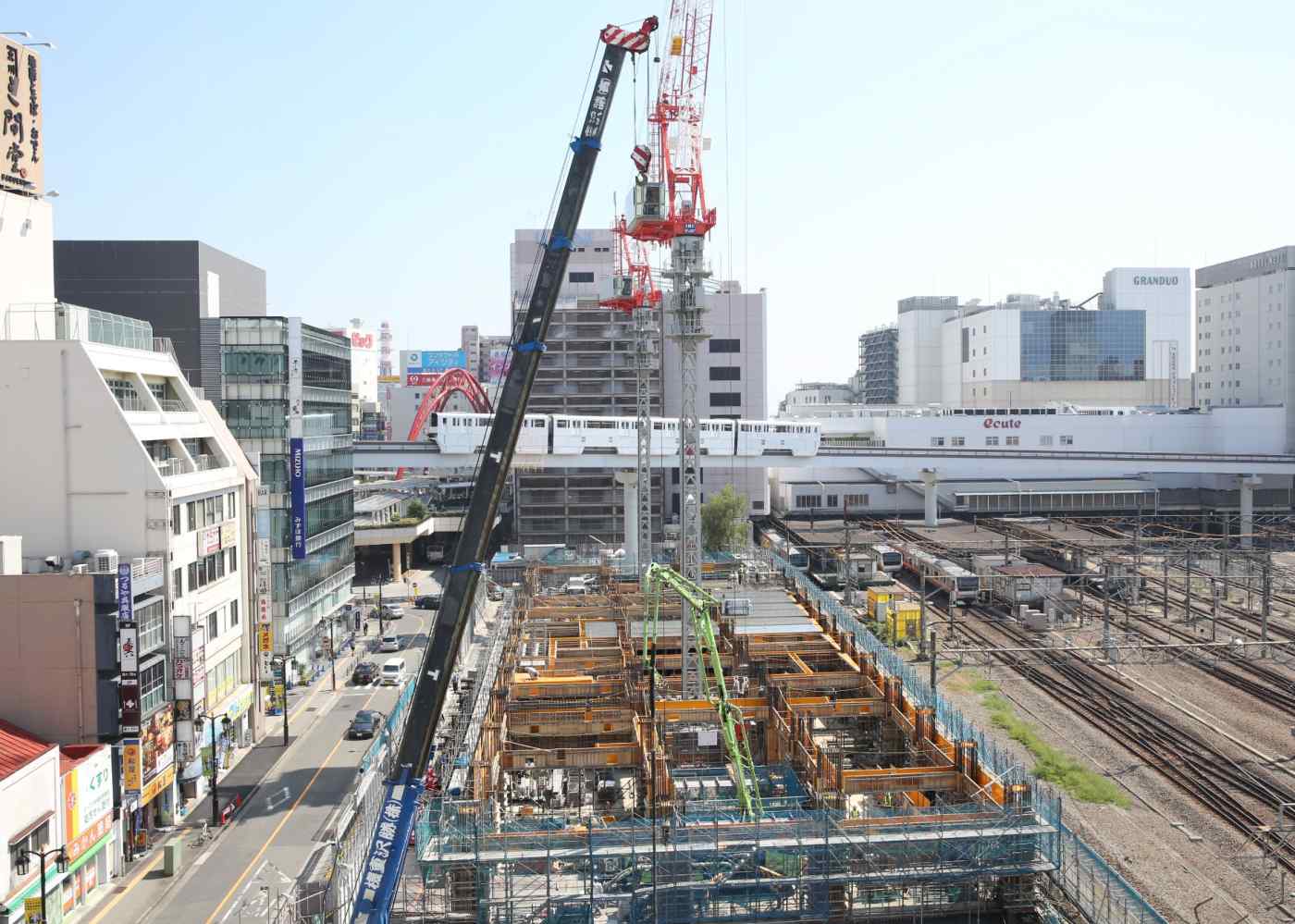 A condominium building under construction in the Tokyo suburb of Tachikawa has drawn many buyers despite high prices.
September 19, 2014 05:30 JST | Japan
CopyCopied

TOKYO -- Land values in the three major cities of Japan are marking notable increases, bolstered by the mild economic recovery. 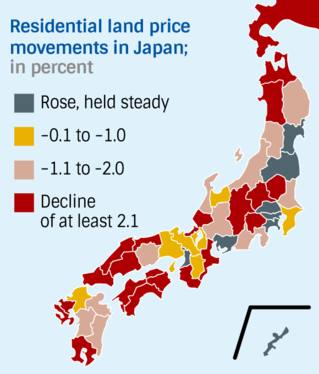 The average market value of residential land in Tokyo, Osaka and Nagoya was up on the year for the first time in six years as of July 1, according to an annual report by the land ministry. Commercial lots also enjoyed a rise, thanks to redevelopment projects in urban centers.

When developer Sumitomo Realty & Development started taking orders for sale in May, the initial batch of 300 units sold so quickly that 200 more were released for sale the same month.

Many similar residential properties are under construction in coastal areas of Tokyo amid hopes that infrastructure development will speed up ahead of the 2020 Olympics.

Even outside central Tokyo, residential property prices are climbing. In the suburban city of Tachikawa, west of central Tokyo, condo units in a tall residential building under construction by Nomura Real Estate Development are selling for 3.42 million yen per 3.3 sq. meters, about 30% higher than the area average and the same level as central Tokyo. The 230 units released for sale in July sold out the first day.

In Osaka's Kuzuha neighborhood in the city of Hirakata, just 30 minutes away from central Osaka, residential land values have increased sharply. A large commercial facility reopened in March following its renovation, improving convenience for locals. 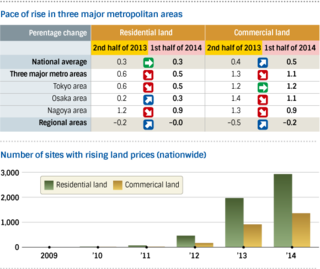 Values of commercial land are also climbing. A real estate investment trust gave up on acquiring a property in central Osaka because the bidding went too high. A foreign investment fund ultimately bought it for 10% more than what the REIT had seen as the maximum.

As intense competition for property pushes up prices, REITs are having a hard time securing assumed rates of return. Properties acquired by publicly traded REITs in Japan fell 41% on the year to 915.6 billion yen in the first eight months of 2014, according to SMBC Nikko Securities.

Individuals and companies "often offer 20% higher prices than what we are willing to pay," a REIT official notes.

New transportation networks coming into service soon are bolstering land values in certain regional cities. In the Ishikawa Prefecture city of Kanazawa, commercial land rose 15.8% in a year through July 1. The city will be served by a new shinkansen service to start in March. The bullet train will shorten the travel time to Tokyo to just two and a half hours. 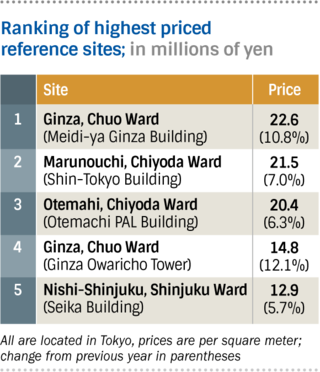 Around Nagoya Station, land prices are picking up in areas near the west gate, where commercial development had lagged behind, according to a local real estate appraiser. Magnetically levitated shinkansen to run from 2027 will connect the city to Tokyo in less than an hour.

Meanwhile, disparities between urban centers and regional economies persist, with land values continuing to drop in the vast majority of smaller cities. In Akita Prefecture, where a TDK factory shut down this past spring, the local economy took a major hit. Residential land fell 4.4% in value terms, while commercial land sank 5.5%.