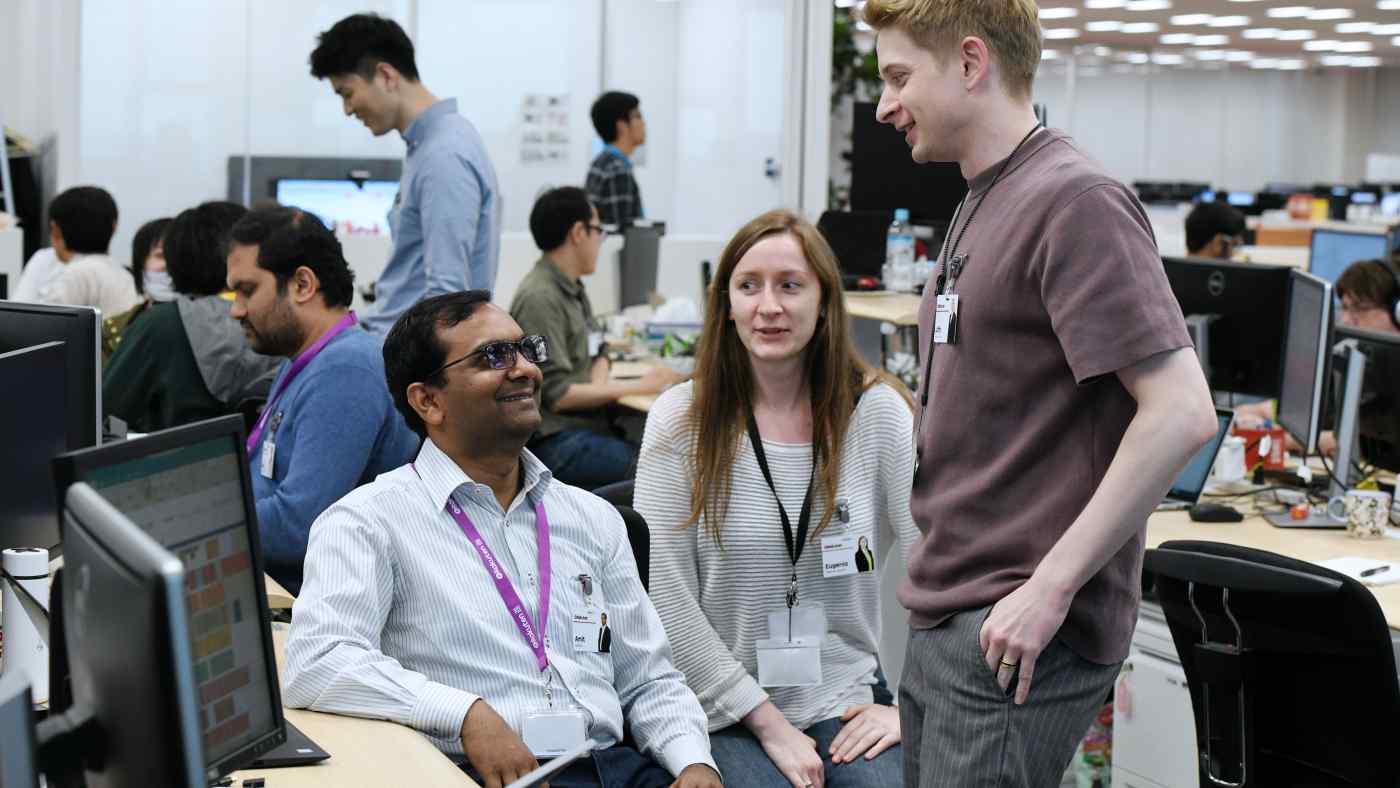 TOKYO -- Although foreigners make up a small portion of Japan's total workforce, their numbers have been surging in recent years.

What goes into a decision to work in Japan, a country that presents significant barriers? The Nikkei Asian Review asked readers to tweet their thoughts on the matter. When asked, "What is the most significant hurdle to working in Japan as a foreign national," 52% cited language, 22% said obtaining a visa and 18% mentioned an uncertain career path.

The results may not be surprising. Consider Singapore, where most people speak either English or Chinese. Working in the city-state is so much easier than in Japan for Chinese, Filipinos, Indians and Bangladeshis.

Our Twitter survey suggests that unless the language barrier is addressed, other efforts to increase the number of foreign workers will likely fail. Recent government initiatives include setting a numerical target, opening up more industries to foreign workers and making migration agreements with the governments of other countries. These programs come as Prime Minister Shinzo Abe responds to the country's aging population and labor shortage.

Providing Japanese language training to foreign workers is one solution.

Under a government-sponsored vocational trainee program, which allows unskilled foreign laborers to work in Japan for up to five years, trainees are taught Japanese for about six months before coming to Japan. Once in the country, they receive additional language training, for about a month, usually at a language school.

From then on, the responsibility for language training falls on the employer.

Trainees also have to pass vocational skills tests at the end of the first and third years to remain in Japan. Failure means more worker turnover and lower labor productivity, and the tests are administered in Japanese.

Employers who are good at keeping foreign workers will be the ones that recognize the value of investing in language training. Some employers make sure trainees study after work every day, organize weekend study sessions and pay trainees for the cost of taking Japanese language proficiency tests.

"The key is how you train the first trainee," said Shingo Sugio at Business Co-operative Society MEC, a group that recruits foreign workers for small businesses in and around Tokyo. When the first trainee does well, then he or she will be able to help teach the next trainee, setting in motion a virtuous cycle, Sugio said.

While unskilled foreign workers are pretty much required to learn Japanese, professional workers are not. Information technology engineers and other skilled creatives are in such high demand that if Japan wants to attract them, it has to adapt to their needs, not the other way round.

This means Japanese companies have to use English.

A few Japanese companies, like e-commerce platform operator Rakuten, have adopted English as their official language. Employees switch between Japanese and English, depending on who is in a meeting.

But most Japanese companies are not so cosmopolitan.

Kumar Siddhartha, a 24-year-old Indian graduate student at the Tokyo Institute of Technology, explained the difficulties foreign students have applying for jobs at Japanese companies.

"I have to fill all the entry sheets, everything, in Japanese," he said. "I actually asked the companies, 'Can I do some of them in English?' They said, 'You can, but better in Japanese.' Some just said, 'You should do it in Japanese.'"

Siddhartha has been studying Japanese since he came for graduate study. He has noticed that 'global company' is a popular catch-phrase in corporate Japan but wonders how "global" Japanese companies really are.

In one interview, he recalled, half the time was spent discussing whether he would stay with the company. Large Japanese corporations typically seek to become their employees' only career stop.

"If you really want a foreigner do lifelong employment," Siddhartha said, "then it is actually the responsibility of the foreigner as well as the company. The company should be so good that the foreigner enjoys it and decides to stay. So it's actually two-way. It's not that 'I keep learning Japanese and the culture and you don't do anything.'"

In a similar vein, some skilled workers are concerned about their career prospects should they veer into Japan. This explains why Indian IT engineers still head to the U.S., not Japan, said Jagmohan Chandrani, president of the Indian Commerce and Industry Association Japan.

"It's not clear what the career path is for the Indians," Chandrani said. "Today in America, we know you can be at the top of the company. In Japan, there is no such example anywhere. If (young Indians) join the Japanese company, five years down the line, where will they be? They can't see. Then they become very afraid." 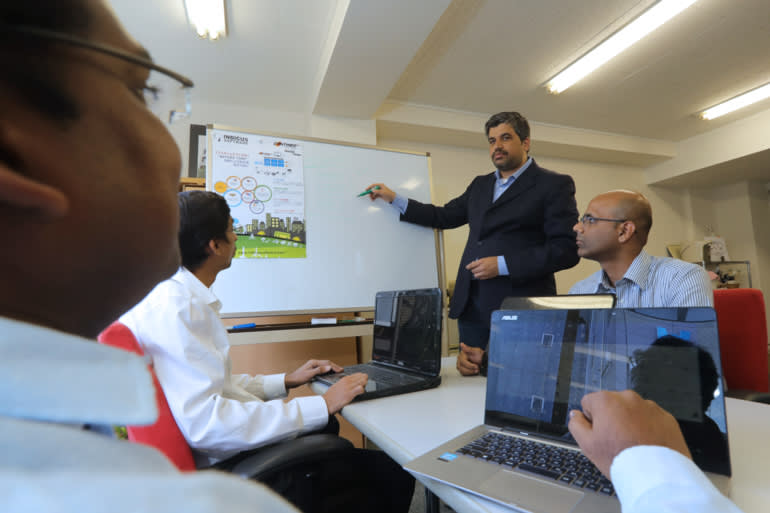 Indicus Software has 10 employees in Tokyo, all Indian. They say they are not familiar with Japanese work culture and feel more comfortable working for an Indian company. Photo by Ken Kobayashi

Other complaints include foreigners not being given managerial responsibilities or training opportunities.

Shilpa Vyapari, 47, founded Indicus Software after working for Fujitsu in India. She suggests the first thing Japan Inc. can do is hire foreigners as regular employees and give them opportunities for in-house training.

"If Indians understand that we are going to be part of that learning process that happens in Japanese companies, that would be a huge value addition for any person," she said. "Even that can be a revolution of a great extent of bringing more talent to Japan."