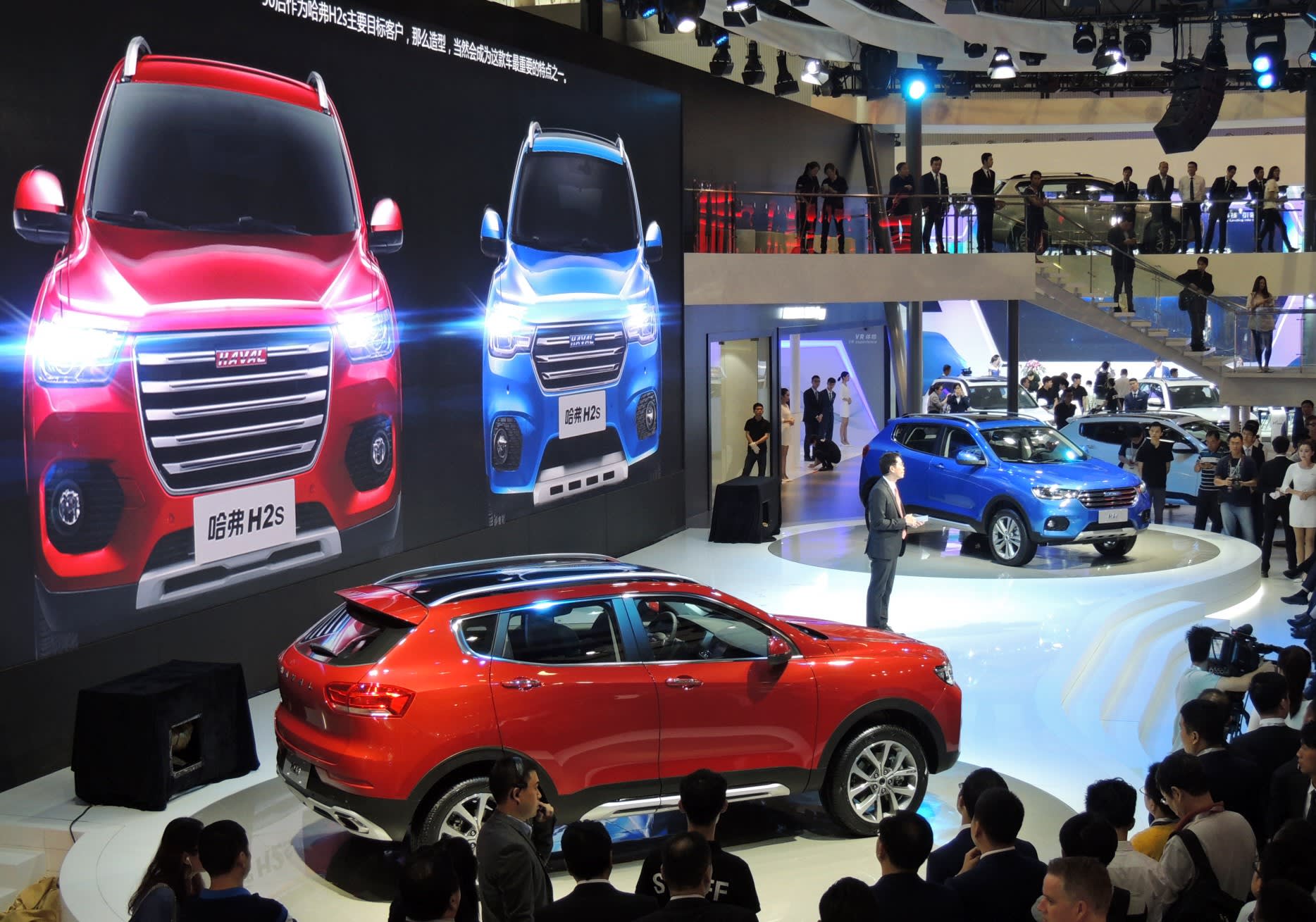 GUANGZHOU -- The Chinese auto market is within striking distance of growing 10% on the year to 27 million units in 2016. But with much of the gain thanks to a small-vehicle tax break, many see a bubble on the verge of bursting.

"We would like for the tax cuts on small cars to be extended into next year," a Chongqing Changan Automobile executive told reporters at the venue of the Guangzhou International Automobile Exhibition that kicked off Friday. The measure was launched in October 2015 as part of an economic stimulus package. Effectively lopping around $1,000 off purchase prices, it has given slumping vehicle sales a shot in the arm.

The China Association of Automobile Manufacturers forecasts sales of 26.04 million new vehicles in the country this year, and the recent momentum is seen lifting the tally above 27 million. The Chinese market could grow to 30 million next year at the current rate. This would make it nearly twice the size of the second-ranked U.S. and six times that of third-ranked Japan.

But the economy is not as strong as before. Many people close to the auto industry fear a plunge in demand if the tax break expires by year-end as scheduled.

Zhejiang Geely Holding Group's auto sales jumped 94% on the year in October, while Great Wall Motor enjoyed 31% growth. What explains these dizzying numbers, given that the domestic market expanded only 18% overall?

"On top of the tax cut, we are also lowering prices to the utmost extent," the Changan Automobile executive said.

All Chinese auto companies are wary of an end to the lower tax. "If the tax break is gone, it's obvious that Chinese makers will be driven into a very bleak situation, since their brand power is meager compared with those of Western makers," said a source connected to a Guangzhou dealership.

Dealerships are discounting and moving as many units as they can while the measure remains in place. Manufacturer incentives awarded to dealerships in proportion to sales performance also play a role. Even if they lower sticker prices, dealers walk away with more money if more cars are driven off the lot.

Chinese carmakers have good reason to worry, given recent history. In response to a sharp drop in demand following the global economic crisis, the government cut taxes on small cars in 2009 and 2010. Sales grew in those years, only to stall again in 2011 and 2012.

Unlike today, the automakers at the time were supported by relatively high economic growth.

The problem is compounded by regulations keeping Chinese automakers from increasing their brand value and competitive advantage. Foreign automakers wishing to operate here must do so through 50-50 joint ventures with Chinese partners. The idea is for major Chinese automakers, which are mostly state-owned, to absorb advanced technologies and grow.

A decade and a half after opening up the industry to foreign investment, the plan has not worked out as expected. Foreign automakers get to leverage their brands here through the ventures, while the Chinese partners can profit just by boosting sales of foreign models.

"After knowing about this sweet deal, many Chinese corporations have increasingly allowed their joint-venture partners to handle the work, and [China's] automobile industry failed to become more advanced," said a senior manager at a major Japanese manufacturer. "I would say that's a big problem for Chinese carmakers."

The deep discounts hurt the brand value of Chinese models. Car companies make up for this by slashing prices even more, resulting in a vicious cycle. As the domestic market faces its moment of truth, these automakers find themselves running out of options.