Company shares tumble on concerns U.S. business would be hurt by FDA move 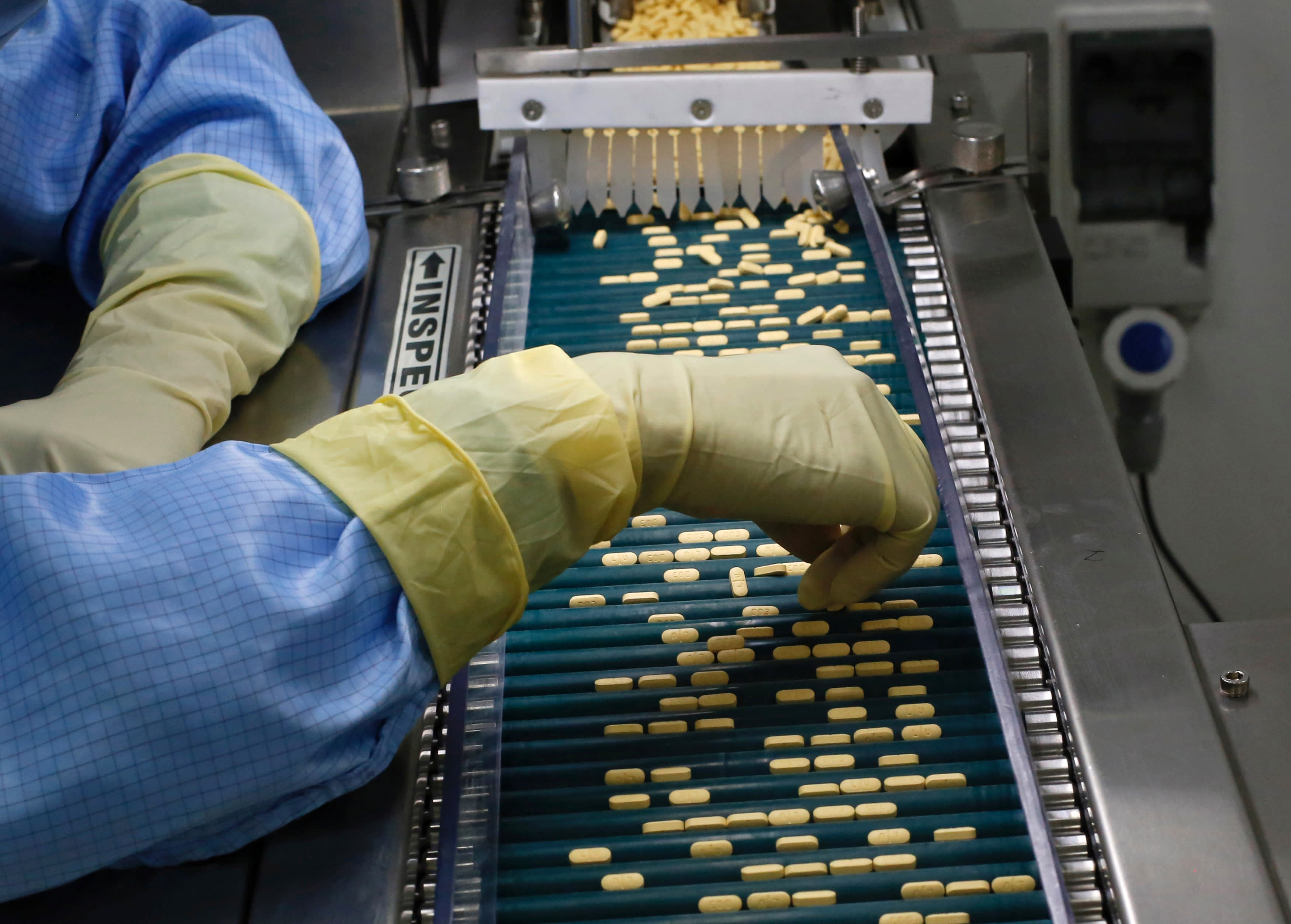 An employee inspects tablets as they move along the production line at a pharmaceutical plant of Lupin in Verna, in the western state of Goa, India on June 9.   © Reuters
November 8, 2017 21:28 JST | India
CopyCopied

MUMBAI (NewsRise) -- Lupin said it aims to resolve over next 12-15 months the quality issues raised by the U.S. Food and Drug Administration amid concerns the regulator's warning could hamper the company's prospects in its biggest market.

The FDA issued a warning letter on two of Lupin's plants in Goa in western India and Indore in the central part, after it found violation of good manufacturing practices, the company said Tuesday. India's third-largest drug maker had been in discussions with the regulator to resolve the issues at the two facilities that had come under regulatory scanner between April and May.

The FDA warning letter crimps Lupin's chances of getting regulatory approvals for products filed from these units, posing a double whammy to its falling U.S. business that has been grappling with cut price competition.

"We did not expect this to turn out into a warning letter," Lupin's Chief Financial Officer Ramesh Swaminathan told television channel CNBC TV18 on Wednesday. "This comes as an absolute surprise and a setback."

Swaminathan said Lupin will transfer some of the drugs being manufactured at these sites to new facilities. The FDA is expected to re-inspect the sites in the next six months, he said.

Swaminathan downplayed the impact of the FDA notice, saying the warning letter will only marginally squeeze Lupin's revenue in the next fiscal year and that his outlook for the next few years remains intact. Roughly a third of the pending generic drug applications with the FDA are from these two plants, and approvals for about 25 to 30 of these were expected in next 12 to 18 months.

While the company can continue to supply existing products, most analysts do not expect any new approvals until the warning letter is lifted. New approvals are key to Lupin's efforts to get back its growth in the U.S. where FDA has expedited the approval rate for generics, paving the way for increased competition. A rising number of retail pharmacies in the U.S. are joining hands to gain leverage in buying generic drugs in bulk, pushing prices down further.

In the quarter ended in September, Lupin's North America sales, which accounted for more than 45% of the overall revenue, plunged 32% to 13.61 billion rupees ($209 million). The company's base U.S. drug portfolio is set to see price erosion worth $300 million this year, and Lupin has been heavily counting on its new launches to offset this pricing pressure.

ICICI Securities, a Mumbai-based brokerage, expects the impact of the warning letter on Lupin's profitability to outweigh revenue as the U.S. business offers higher margin, and additional costs incurred to implement remedial measures pinches. It cut Lupin's revenue estimates by 4%-6% and profit estimates by 13%-18% between fiscal year 2018 and 2020.

In the past, local plants of several Indian drug makers came under fire from the U.S. regulator for quality issues.

In 2015, the FDA issued a warning letter to three plants of Dr. Reddy's Laboratories, India's second-largest drug maker, citing quality issues and violations of good manufacturing practices. Until Dr. Reddy's fixes the problems, it refused to give approvals for drugs made at these plants, which accounted for 10%-12% of its sales.

Dr. Reddy's has been transferring the production of a number of critical products out of the affected plants, though it has yet to resolve the issue. Top Indian drug maker Sun Pharmaceutical Industries too has yet to resolve issues raised in a December 2015 FDA warning letter about the manufacturing practices at its Halol plant in Gujarat state.

Lupin shared extended their slide, losing 2.1% on Wednesday. The benchmark S&P BSE Sensex lost 0.46%. On Tuesday, the company saw 80 billion rupees worth of market capitalization being wiped away.