'Made in China' at risk as workers flock to service sector

The once mighty manufacturing industry struggles to compete in wages 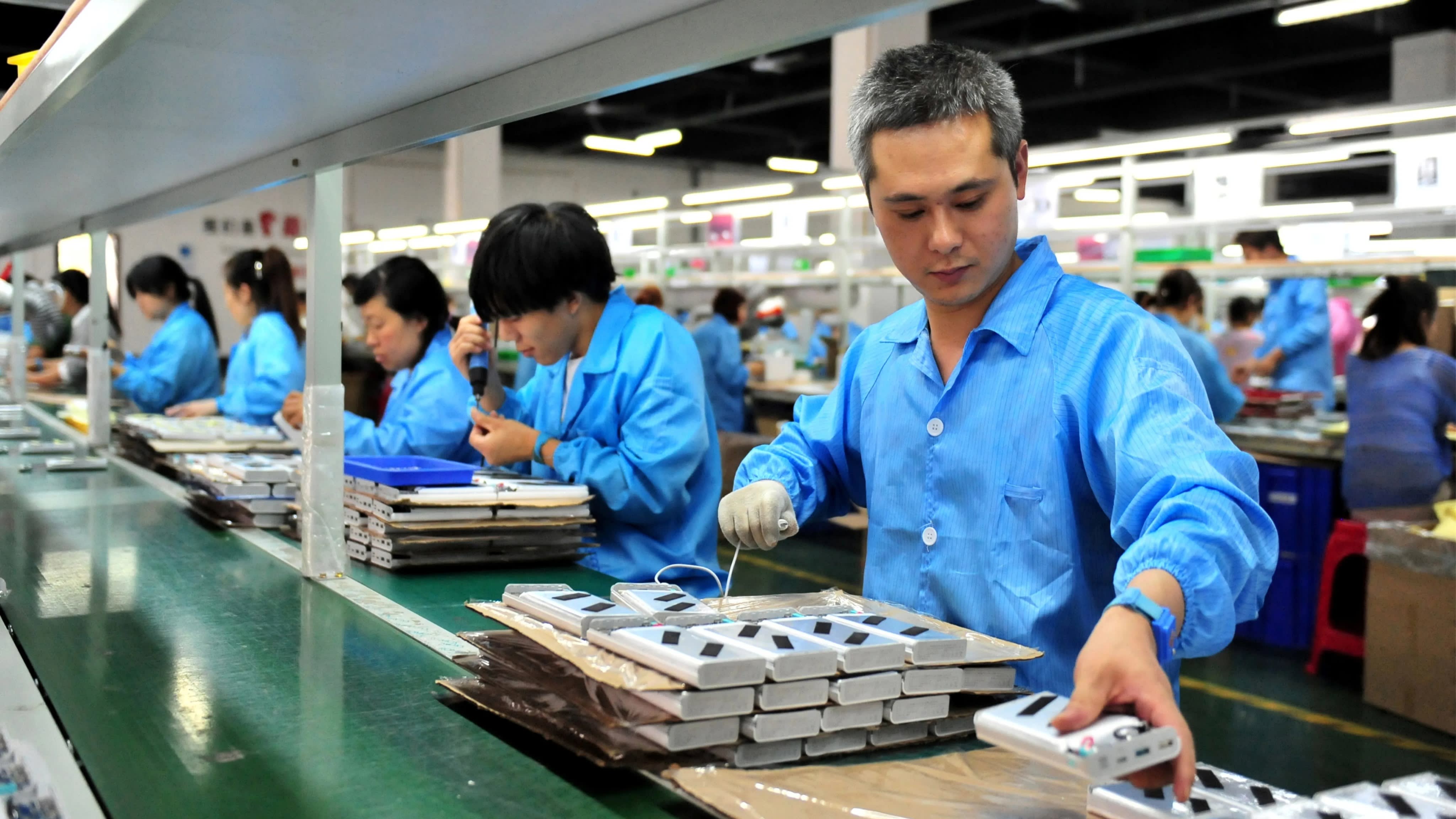 GUANZHOU -- Known as the world's factory, signs are emerging that a talent drain to the service sector is beginning to put a strain on China's mighty manufacturing sector.

The country's push to transform itself into a service-based economy appears to be accelerating more quickly than planned and has produced a sector with better-paid positions. The fight for manpower has become a zero-sum game that has left the manufacturing sector hobbled with job vacancies and an uncertain future.

Manufacturers are so desperate for labor that they have taken to releasing video want ads on popular streaming services such as Kuaishou and TikTok. One ad proclaims that a factory campus is furnished with "recently built" lodgings that include laundry service.

Places that do manage to land workers have trouble retaining them. One apparel producer in Guangdong Province often loses people in their 20s and 30s within a few months after hiring them.

"We're always looking for labor," said a representative. "But they never stay." The plant is unable to nurture the experienced workers needed to snag lucrative contracts.

This past spring, the owner of the factory posted a help wanted video on a streaming app in a last-ditch attempt, but it has not resulted in any hires.

The trade war with the U.S. has spurred several manufacturers to move production sites out of China to such locations as Vietnam, a trend that would appear to hurt demand for labor in the sector. But much like the factory owner in Guangdong, many producers are desperate for workers in both quantity and quality.

When the telecom equipment leader Huawei Technologies was hit by U.S. trade sanctions in May, contract manufacturers in Zhuhai, a city in Guangdong Province, engaged in what appeared to be a fierce scramble for workers.

Outside one factory that had temporarily suspended production lines, a staffing agency hastily set up tents that contained recruitment information from roughly 20 companies. The jobs posted included making electronic and metal components.

"We arrived immediately after seeing the news of the sanctions," said an employee at the staffing agency. "We assume that factory workers will quit when faced with a production freeze and decreased pay."

China began to focus on growing its service sector in the 1990s, when Jiang Zemin lead the one-party state, in an effort to vitalize such sectors as finance, transportation and travel.

In 1994, the number of service-sector workers outstripped those in manufacturing, and by 2012 the service sector outweighed the manufacturing sector in terms of gross domestic product share.

Sine then, e-commerce, on-demand food delivery, ride-hailing and other new economy industries came into prominence. Companies in those domains rushed to recruit delivery workers and drivers.

As a result, the service sector's employment ratio among rural migrant workers, a longtime source of labor among manufacturers, finally took the lead over manufacturers in 2018.

When asked if he had any regrets leaving a trade for delivery work, he said, "nothing beats the income I'm making right now."