Tokyo pins hopes on sale of US-2 seaplane to India, but negotiations drag on TOKYO -- Japan is struggling to find a winning formula for its defense exports, as evidenced by drawn-out negotiations with India over the sale of its amphibious US-2 aircraft.

Tokyo has long hoped to sign a contract for the search and rescue seaplane, which would mark the country's first major defense deal. But after five years of discussion with India, no breakthrough is in sight, experts said, hampering Prime Minister Shinzo Abe's vision of becoming a proactive contributor to peace.

"I still think the deal will go through at some point, but we might have grandchildren by the time it happens," said Paul Burton, director of research at Jane's, a defense information provider.

Japan has a strong technological foundation, as illustrated by its assembly of the latest U.S. F-35 fighter jet, but has been unable to clinch big defense deals, even after the relaxation of its 50-year-old ban on weapons exports in 2014.

Following Japan's high profile loss to France last year in a bid to supply a submarine fleet to the Australian navy, the US-2 is now seen as Japan's best chance of achieving a landmark international deal.

The four-engine aircraft, produced by ShinMaywa Industries, boasts a large cargo load, the capability to take off and land on land and sea, and a range exceeding 4,500km. It is considered particularly suited to the needs of India, a country with a vast coastline and remote islands to defend, such as the Andaman and Nicobar Islands near the Strait of Malacca. 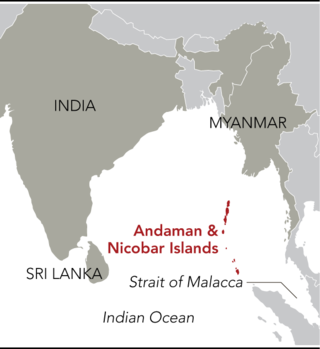 The ability to maintain a presence in these distant locations is vital if India wants to check China's growing presence in the region. China is expanding its naval footprint around India in countries like Pakistan, Sri Lanka and Myanmar.

Looking for an edge

A deal would showcase the strong partnership between India and Japan, as called for by Abe and Narendra Modi, the Indian prime minister who shares Abe's concern about an increasingly assertive China.

The matter of the US-2 is expected to be discussed at an annual bilateral summit scheduled to take place in India as early as September.

"Japan continues to work toward the sale of the US-2, which would help strengthen the two countries' strategic ties," a Japanese Defense Ministry official said.

Japan's arms exports have so far been limited to small items, such as components for Patriot II missiles to the U.S. or the TC-90 training aircraft to the Philippines. 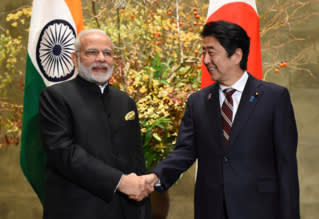 Indian Prime Minister Narendra Modi, left, is welcomed by his Japanese counterpart Shinzo Abe for a meeting at the prime minister's office in Tokyo in November 2016.

Japan's biggest challenge may be putting together an attractive package that would entice a potential buyer into signing a lucrative defense deal. Such agreements typically contain major incentives, known as offsets, that include anything from local production and technology transfers to job creation and infrastructure development.

The price tag for one US-2 is 14.3 billion yen ($130 million). India is asking for more flexibility on the price, establishment of a joint production venture in India and possible exports to third countries, experts said.

India is reportedly proposing the purchase of 12 planes with the stipulation that most of them are produced in the country. ShinMaywa has said it would not make commercial sense to transfer production to India for such a small output.

Still, the manufacturer sees room for further negotiation, saying it is "a rare opportunity" to make a sale.

Aside from big-ticket items like planes and ships, Japan has other avenues that can be explored.

"It is possible that something other than the US-2 will be the first export" to India, said Dhruva Jaishankar, a fellow at Brookings India in New Delhi.

"I do not doubt that India will at some point import defense equipment from Japan," he said. "The trouble will be identifying systems or subsystems in which Japan is cost competitive, and where the Indian military sees high value and priority."

"These countries are crying out for C4 capabilities," such as electronics systems, military communications, navigation systems and avionics systems, he said.