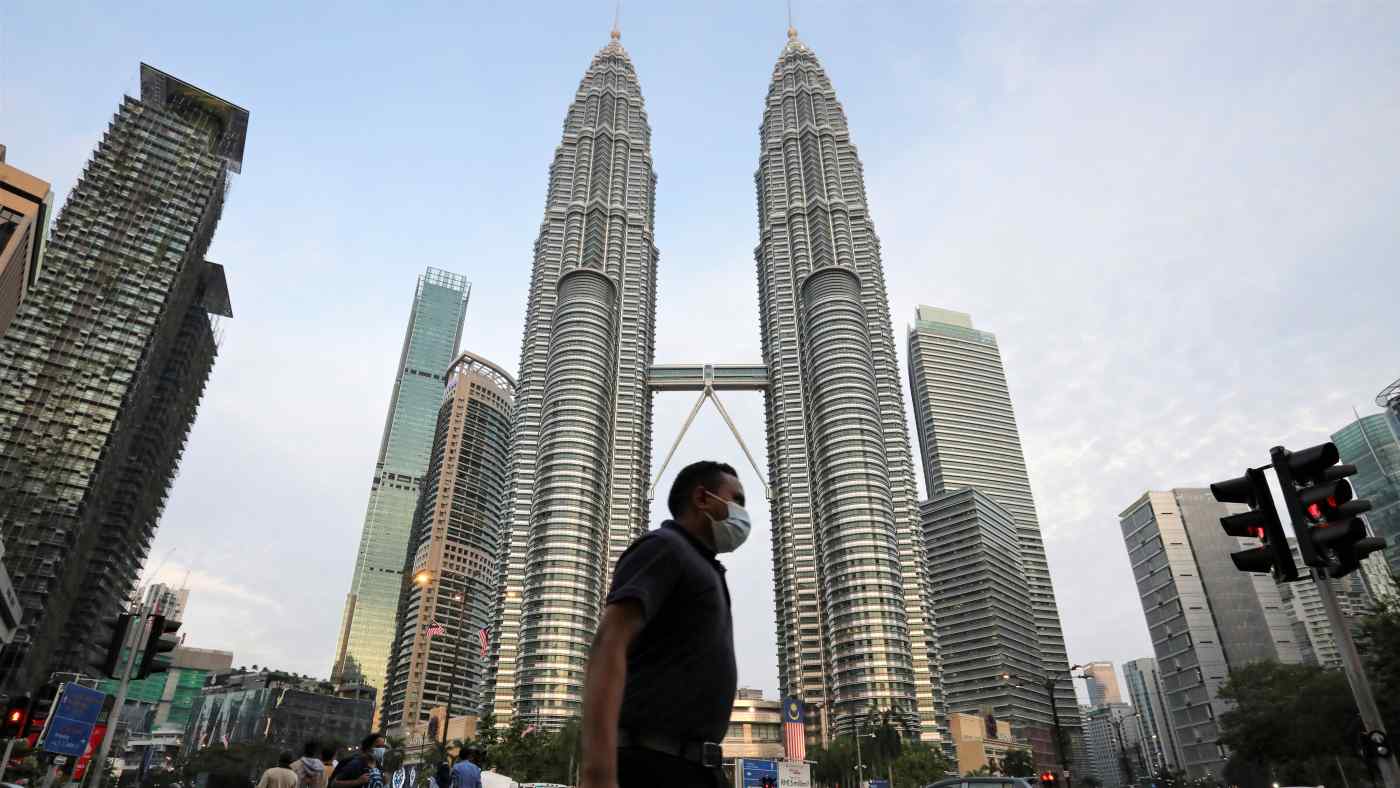 KUALA LUMPUR -- Malaysia's economy contracted 17.1% on the year in the second quarter, the central bank announced on Friday, reflecting the dire impact of the coronavirus lockdown imposed through the three-month period.

This is Malaysia's worst performance on record and first quarterly decline since the third period of 2009, amid the global financial crisis. It marks a painful reversal compared with the 4.9% growth logged for the second quarter of 2019, and a steep drop-off after the country eked out 0.7% gross domestic product growth in the first three months of 2020.

The latest result was much worse than the median forecast of a 10% contraction in a Reuters poll of 11 economists, whose projections ranged from -5.6% to -13.6%. A Bloomberg survey showed a median outlook of -10.1%.

Tourism, manufacturing and investment were among the primary sectors hit by the lockdown, central bank Gov. Nor Shamsiah Yunus told a virtual news conference.

The economy suffered "a great impact in April from the movement orders imposed to contain COVID-19, and later saw some recovery in May and June," she said.

"Malaysia was affected badly if compared to the other countries in the region due to several factors, which include degree of containment, compliance rate toward the containment measures and the relative importance of the tourism sector to the economy," the governor added.

Singapore's economy contracted 13.2% on the year in the second quarter, while the Philippines posted a 16.5% drop and Indonesia reported a 5.3% fall.

After the second-quarter plunge, Malaysia's central bank is projecting a full-year contraction of 3.5% to 5.5% before a rebound to 5.5% to 8.0% growth next year.

The third-largest economy in Southeast Asia implemented a nationwide lockdown on March 18, closing borders and restricting movements of people. Although the rules were eased on May 4 to soften the economic impact, the government kept key restrictions in place until June 9, such as bans on mass gatherings and interstate travel.

Prime Minister Muhyiddin Yassin said in May that Malaysia was losing around 2.4 billion ringgit ($558.4 million) every day since the lockdown or "movement control order" took effect. He said that the total loss up to May 1 was estimated at about 63 billion ringgit.

Sian Fenner, lead economist at Oxford Economics, said in a note that although the blanket movement restrictions had negatively affected household spending and construction-related investments, data for June signaled that the second quarter would indeed be the trough. At the same time, Fenner said additional monetary easing is likely in the offing.

"Today's data supports our view that the [central bank] will reduce the policy rate by a further 25 basis points, to a new record low of 1.5%, at its next meeting in September," Fenner said.

Fenner expects a "solid post-lockdown rebound in growth" in the third quarter. "That said, the speed of the recovery will likely ease back after that amid depressed global trade, high unemployment and weak investment."

In June, Malaysia's unemployment rate stood at 4.9%. The lockdown resulted in retrenchment and salary cuts for almost half of the working class, undermining purchasing power and domestic demand.

For the full year, Oxford Economics is expecting Malaysia's GDP to shrink 4.3%.