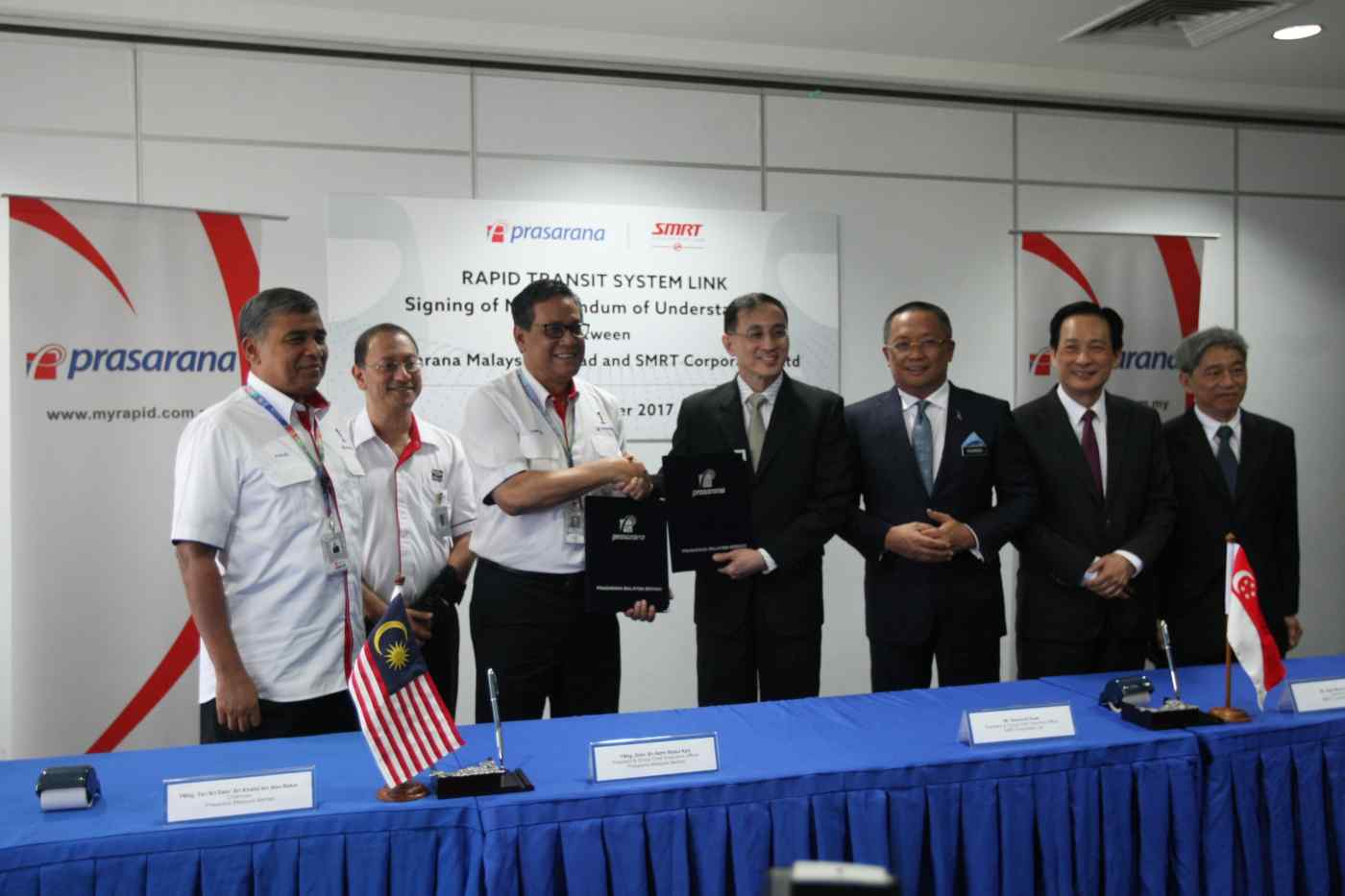 KUALA LUMPUR -- Malaysia and Singapore are forming a company to build a subway that will ease border traffic and foster growth.

Due for completion by December 2024, the line will carry an estimated 10,000 commuters per hour between the cities. At present, some 126,000 vehicles cross the Malaysia-Singapore border each day using two bridges that are two of the world's busiest crossings.

Prasarana Malaysia, a state-owned infrastructure company, and SMRT Corp signed a memorandum of understanding on Monday to design, build, finance, operate, and maintain the shuttle through a joint venture company. A legally-binding agreement with full technical details will be signed by the end of the year ahead of tendering.

The subway shuttle was one of three links agreed at a summit in December by the two countries. There will also be a high-speed rail connecting Kuala Lumpur and Singapore, and a domestic service for Malaysia running along the same track.

There will be a joint briefing on Tuesday to update potential bidders on the tender process due at the end of the year.

The existing border shuttle service, Keretapi Tanah Melayu (Malayan Railways) is a legacy in peninsular Malaysia of the British colonial era, and will link with Singapore's Thomson-East Coast Line, which is being developed to ease the congested border.

Tens of thousands of Malaysians cross into Singapore every day, enticed by higher exchange rates and better job opportunities. Improved border crossings are expected to draw people and capital in the opposite direction to Iskandar Malaysia, helping ease the property glut in Malaysia's largest economic development zone.

Touted as Malaysia's Shenzhen, the state-backed project covers an area of 2,217 sq.km that is about three times the size of Singapore. The development is meant to attract foreign direct investment from the land-scarce city state and other countries.

A large number of upmarket residential high rises have been built since the project commenced in 2006, attracting both local and foreign builders. By July, a total of 344,977 units had been approved in Johor Bahru, the capital of Malaysia's southernmost state and gateway to Iskandar Malaysia. The Penang Institute reported in a study last month that one third remain unsold.

Property developers from China have also been active. These include Country Garden and Greenland Group, which combined account for 12% of the Johor Bahru units. According to the same report, about two thirds are unsold because of oversupply and mismatched marketing that targeted buyers from China over locals.