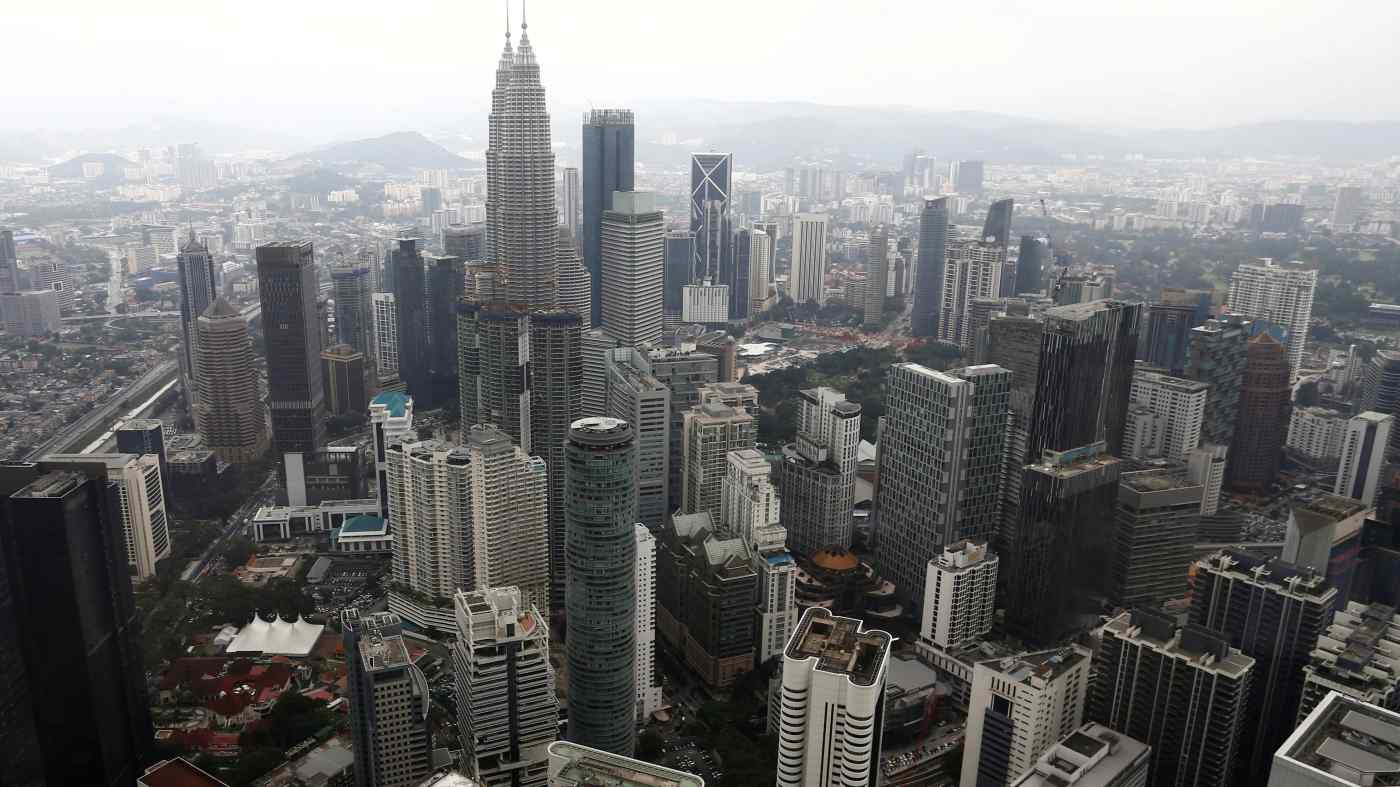 A view of the Kuala Lumpur city skyline: Companies approved under the new incentive scheme will be able to enjoy a concessionary 10% tax rate for operations in the country.   © Reuters
October 8, 2019 19:05 JST | Malaysia
CopyCopied

KUALA LUMPUR (Nikkei Markets) -- Malaysia Tuesday extended tax benefits to companies seeking to establish their regional or global headquarters in the country as part of a broader push to attract investments and create high-skill jobs when a lingering U.S.-China trade war clouds exports prospects and has prompted several multinationals to re-look at their supply chains.

Effective 2019, companies approved under the so-called Principal Hub incentive will be able to enjoy a concessionary 10% tax rate for operations in the country, Malaysian Investment Development Authority, the investment promotion agency also known as MIDA, said in a statement.

This would replace the previous regime under which companies with existing Malaysian operations could only enjoy tax exemption on incremental income, MIDA said. "New companies that have yet to establish a presence in Malaysia can enjoy up to 0% tax rate for 10 years based on level of commitments."

MIDA defines principal hub as a locally-incorporated company that uses Malaysia as a base for conducting its regional or global businesses and operations. Since the introduction of the incentive in 2015, MIDA said it has approved 35 principal hub projects, with total approved investments of 35.5 billion ringgit ($8.47 billion) in various key sectors including electronics, aerospace, oil and gas, chemicals and information technology.

The extension of tax incentive times with Malaysia's efforts to corner a larger slice of foreign capital that is seeking new bases to shield from the toxic Sino-US tariff spat that has already bruised the global supply chain of several multinationals.

Malaysia is now targeting investments from the U.S. and European companies and also that from China to establish mostly-automated industrial facilities, the deputy international trade minister said.

"We are targeting high value-added manufacturing investments from developed countries especially the United States and Europe which want to make new investments in Southeast Asia as part of their manufacturing diversification strategy," Ong Kian Ming told Nikkei Markets. "We are also working strategically to attract Chinese companies with Industry 4.0 expertise to invest in Malaysia."

Malaysia, which was agro-commodity driven in the '50s, has steadily adopted manufacturing as its growth driver to evolve into one of the most industrialized economies in Southeast Asia, home to several Hi-Tech global corporations such as Dell and Western Digital.

But the share of manufacturing hasn't kept up pace with its brisk expanding economy and the country has lagged in embracing newer technologies, trailing smaller neighbor Singapore in boosting labor productivity and migrating to high-value activities.

Last year, the government launched Industry 4.0 road map to overhaul its manufacturing initiatives and compete with sunrise regional rivals such as Vietnam, which has been successfully attracting foreign capital, especially a wedge of shifting global supply chain from China.

"Malaysia does not want to compete with Vietnam in terms of the easy availability of relatively low wage workers but we want to compete for manufacturing investments, which require higher skilled labor operating in a developed supply chain ecosystem," Ong said.

Some U.S. companies such as iRobot Corp said it would start a new Roomba production line in Malaysia this year, while Yeti Holdings Inc. announced plan to move most production of soft-sided coolers out of China by the end of this year.

Foreign investments from the U.S. as well as from China have been gaining pace in Malaysia and the major trading partners were the top two FDI sources to the manufacturing sector of the Southeast Asian country in the first half of 2019. According to government data, U.S. investments amounted to 11.7 billion ringgit ($2.8 billion), followed by that of China's 4.8 billion ringgit.

"For new manufacturing facilities set up by Chinese companies, we also expect the latest Industry 4.0 technologies to be used in the manufacturing process, especially with the intention of reducing the reliance of low cost labor but instead focusing on skilled workers which can operate and monitor the automated processes to create high value end products," Ong said.

In the first half of this year, the key manufacturing segments of electrical and electronics, chemicals and chemical products, machinery and equipment, medical devices and aerospace accounted for 19.1 billion ringgit, or 57.7% of total approved investments in the manufacturing sector through 131 approved projects. Once implemented, these projects will potentially create 16,732 jobs, many of those high-skilled.

"Our focus on increasing the level of governance and transparency in government policies also gives more confidence to foreign investors who are interested to invest in Malaysia," Ong said.