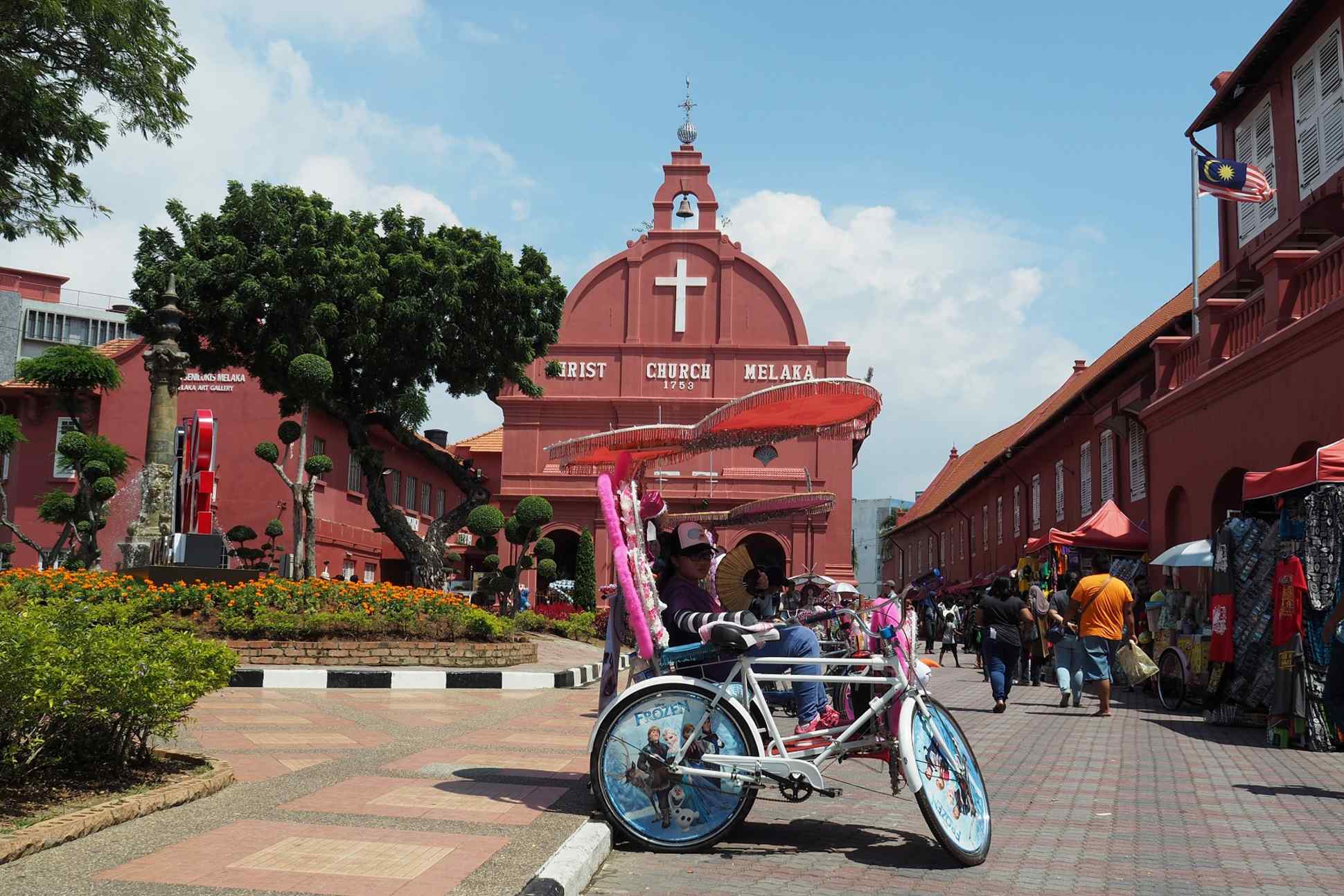 The Malaysia Tourism Promotion Board would like 31.8m foreign visitors to enter the country this year. Based on the latest statistics, we estimate the number will only be between 26m and 28.2m (see chart). The tourism authority has not yet released its June-August data but officials told FTCR the 2017 goal will not be met. 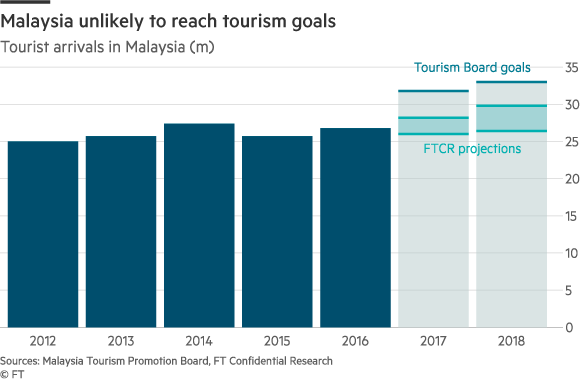 Tourism is not as vital to Malaysia as it is to Thailand, where fluctuations in flows greatly affect the wider economy. Nevertheless, inbound tourism receipts contributed a significant 6.7 per cent to Malaysia's GDP in 2016, compared with 11.4 per cent in Thailand.

Not discouraged by the unhittable 2017 target, the tourism board has set an even higher one for next year, hoping to attract 33.1m foreign visitors. Our projection, based on the trend for the past five years, shows a more modest figure between 26.4m and 29.9m people.

The tourism authority has a history of setting its targets too high; the last time it met its goal was in 2012. It was close to success in 2014 but two Malaysia Airlines disasters that year dented arrival numbers.

After the first of those tragedies, when the Beijing-bound Flight 370 from Kuala Lumpur crashed into the Indian Ocean in March 2014, many Chinese people were unhappy with the response of Malaysia's government. The number of Chinese tourists travelling to Malaysia dipped until 2016, when total Chinese arrivals surpassed their 2013 peak (see chart). More Chinese, not so many Singaporeans

The rise in the number of Chinese tourists has not been enough to boost the overall number this year. Total arrivals in the first five months of 2017 are 0.9 per cent lower compared with the same period of 2016. Almost half of all foreign tourists to Malaysia in 2016 were Singaporean (see chart); we attribute the fall to the rising cost of making the land crossing at the Malaysia-Singapore border.

The impact of the charges will reverberate beyond the tourism sector. Malaysia is developing Iskandar, a region covering the southern parts of Johor state, to act as a suburb of Singapore. Some Singaporean businesses have moved their base across the body of water separating the two countries to reduce operational costs. The border-crossing fee will slow Iskandar-Singapore integration, which depends on easy labour flow.

Vehicle charges to be enforced elsewhere

Malaysia intends to stamp the same charges on all foreign vehicles entering from Thailand by next year, and from Brunei and Indonesia at a later unspecified date. This will affect the number of Thai and Indonesian visits to Malaysia, but not to the extent seen with Singaporeans because most Indonesians and Thais fly into the country. We think the fee will do more to discourage tourists from Brunei, which is close to the Malaysian border city of Miri. The laid-back culture in Miri is attractive to Bruneians, who live in a more conservative environment.

Tourist receipts will grow, but not enough 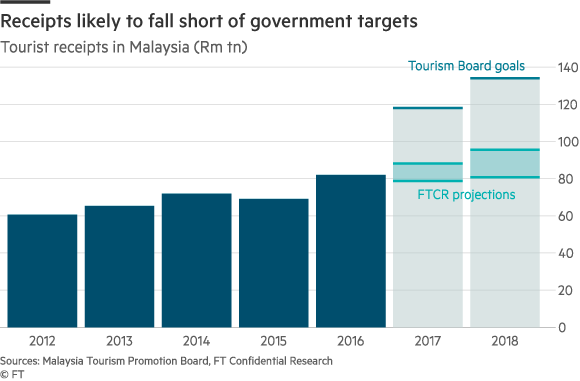 The government's goals are unrealistically high. Tourist receipts did grow strongly in 2016, rising 18.8 per cent despite annual arrivals increasing by just 2.2 per cent as tourists capitalised on the weakened ringgit. The currency lost 21 per cent of its value against the US dollar in 2015, and also depreciated against other currencies such as the Singaporean dollar and the Chinese renminbi.

But the ringgit has been stable this year. The only way spending will increase further is if the number of visitors goes up, and the figures so far do not look so sunny.

This article was first published on October 27 by FT Confidential Research.