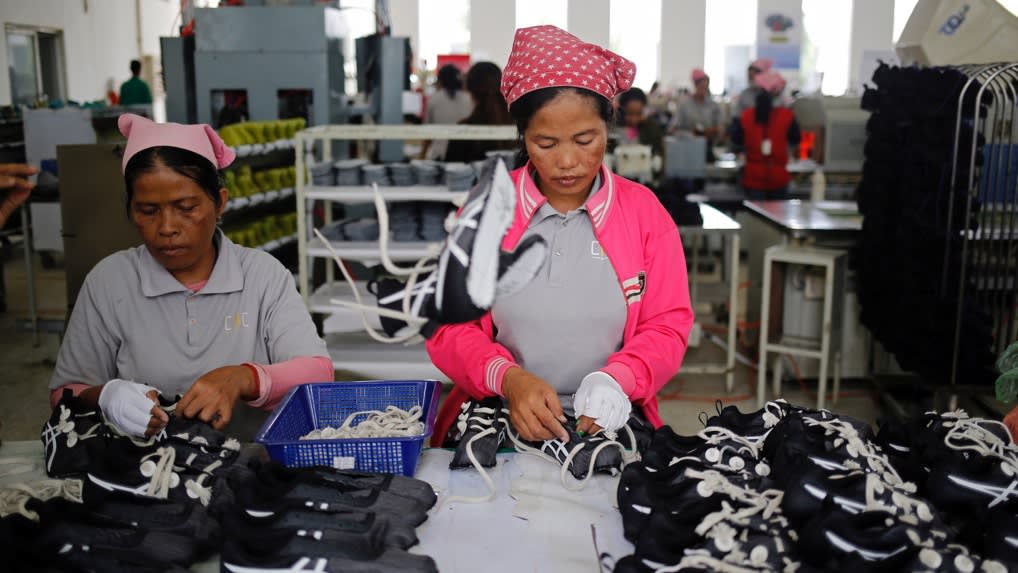 TOKYO/YANGON/HANOI -- Minimum wages in Southeast Asia are rising sharply as governments strive to please their publics, but the trend could slow foreign investment as the region loses its edge as a low-cost production hub.

In Cambodia, where the textile industry accounts for 60% of exports, Japanese wig maker Artnature sold a factory last year to a Hong Kong business, just three years after setting it up. Rising labor costs were a factor in the decision.

The government-set monthly minimum wage -- which often applies to sewing jobs -- is $170 this year, up 11.1% from last year and nearly triple the 2012 level. Prime Minister Hun Sen's Cambodian People's Party, which controls all of parliament following elections in February and July, is pushing to raise wages to bolster public approval.

Hun said in March that the minimum wage will rise to $250 per month by 2023. That would top the current wage floor in Malaysia, one of the more advanced economies in Southeast Asia.

Myanmar's minimum wage has risen 33% since May to about $3 per eight-hour work day. Labor accounts for 70% to 80% of the cost of outsourced sewing operations for overseas apparel brands. About 10 of the country's 550 garment factories have shut down for reasons including high costs, said Myint Soe, chairman of the Myanmar Garment Manufacturing Association.

As the National League for Democracy party led by State Counselor Aung San Suu Kyi prepares for its first general election in 2020, the government is working to raise living standards, sometimes in a rather heavy-handed way. Myint expressed concern about low productivity at factories, warning that a continued rise in worker pay would reduce Myanmar's competitiveness as a manufacturing site.

Higher minimum wages boost the purchasing power of consumers, but pay increases that outpace economic and price growth can squeeze earnings of businesses operating in these countries, making them less inclined to invest. In a Japan External Trade Organization survey of Japanese companies operating in greater Asia and Oceania, 40% of respondents expecting operating profit to decline in 2018 saw labor costs playing a role.

"Wages are rising while productivity improvement is being neglected," said Shinsuke Goto of Trust Venture Partners, a company that helps businesses set up shop in Myanmar.

Some countries in the region have sought to keep pay growth in line with productivity trends. Vietnam saw its exports surpass Indonesia's in 2015 as it developed as a global manufacturing hub. The minimum wage there has more than doubled since 2011, and it grew by double digits each year until 2016, eroding the country's cost advantage over such rivals as China. But the pace has since slowed, with the expected increase for next year at 5.3%.

As interest rate increases in the U.S. weaken emerging-economy currencies, people in import-reliant countries like Myanmar are demanding higher pay to cope with the rising cost of everyday goods.

Laos, one of the world's poorest nations, faces a similar situation. The country raised its minimum wage by 22% to around $130 a month this year, more than triple the 2012 level, as a weaker currency pushed up prices of imported products. Though Laos is under one-party rule, its government is still keen to keep the public happy, as well as dissuade workers from emigrating to countries offering better pay.

Malaysia will raise its minimum wage nationwide in January, keeping a campaign promise by Prime Minister Mahathir Mohamad. If the government follows the plan laid out in the ruling coalition's manifesto, the wage floor would rise 43% within five years.