Modi under fire as hospitals 'time bomb' ticks on 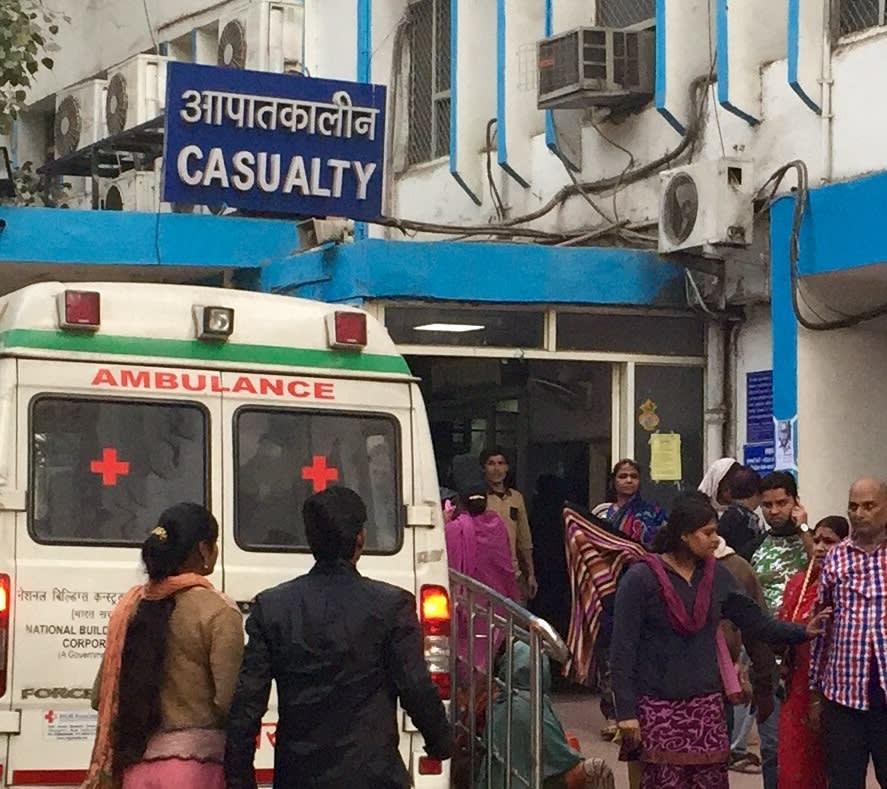 Since sweeping to power 19 months ago, Modi's government has kept a tight lid on healthcare spending, while encouraging homegrown therapies. This a far cry from the bold action anticipated when the conservative Hindu nationalist Bharatiya Janata Party took office, pledging to "work towards ensuring universal healthcare" and promising a "complete transformation" of the health sector.

Public hospitals are free, but most are grimy, overcrowded and understaffed. The severe shortcomings compel at least two-thirds of households to seek private care -- a preference that cuts across income differences. But most Indians lack medical insurance, so about 86% of private healthcare spending is out-of-pocket, according to the World Health Organization.

When the wife of computer repairman Mohammed Khan, 34, started bleeding days after the birth of their first child he rushed her to a private hospital believing it would offer better care. But after three weeks costs became too much and he moved her to a free public hospital. There, the staff was overstretched. "Nobody had time for her," Khan said. His wife's condition worsened and she died from an infection in August.

Khan's plight is by no means unique. "People have to sell everything, their gold, their house. They borrow money. What are they to do? They want to save their mother, child, father, wife," said Ajay Lekhi, president of the Delhi Medical Association.

About 77% of India's 1.3 billion people are low-income earners living on $2.01 to $10 per day, according to an analysis of World Bank data by the U.S.-based Pew Research Center. Every year, medical expenses push 55 million Indians -- mostly in the low-income group -- into the ranks of the "poor" [those with less than $2 a day to spend], said Mukhopadhyah.

"We know this [out-of-pocket spending] is the most regressive form of financing -- it means people who have the means get care and others go without or face acute financial hardship," Mukhopadhyah said. Of patients who start chemotherapy, for instance, nearly 50% stop after two-to-three cycles due to costs, according to government figures.

Anxious to meet ambitious fiscal deficit targets, the government balked at a $26 billion price tag for the four-year rollout of a "National Assurance Plan" for free drugs, diagnostic services and insurance. The budget to March 2016 kept public healthcare spending at 1.3% of gross domestic product -- about the level at which it has been stagnant since 1996, according to a report by the autonomous state-financed National Institute of Public Finance and Policy.

China does it better

India's government outlay is well below comparable countries -- China's public health expenditure is 3.1% of GDP and Brazil's is 4.7%, according to the most recent World Bank data. India's 2015-2016 fiscal year allocation of 331.52 billion rupees for health and family welfare was nearly 6 billion rupees less than had been earmarked by the previous Congress-led government in its interim budget for 2014-2015, according to budget figures. 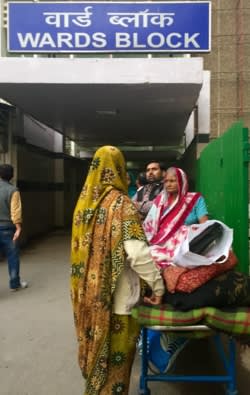 Prospects for the next fiscal year look no better. Minister of State for Finance Jayant Sinha said in December that "there is no fiscal room" to hike health spending, adding that growing medical needs will have to be met through innovative public-private partnerships. The government is aiming to reduce the fiscal deficit to 3% of GDP by 2017-2018 from 3.9% projected for the current financial year.

In the same week as Sinha's comments, The Lancet said in a report that India faces a "health time bomb [that] ticks on" due to fast-rising rates of non-communicable health problems such as heart disease and cancer. It said there seemed to be an "absence of political will to give primacy to health" and a "belief that economic growth by itself will lead to sufficient health gains."

"Delivering on its promise of assuring a healthy India should be the top-most priority of the government," the journal said, advocating a radical healthcare overhaul that would include a universal medical coverage scheme.

Instead of hiking healthcare spending, Modi has focused on promoting public hygiene and sanitation as pillars of good health and has set up a ministry of AYUSH -- Ayurveda, Yoga and Naturopathy, Unani, Siddha and Homeopathy -- to promote Indian systems of traditional medicine.

Critics have little patience with this cautious approach. They point to India's high disease rates, the 1.7 million children who die annually from diarrhea, pneumonia and other causes, elevated maternal mortality, and patchy healthcare infrastructure.

If India wants to leverage its so-called "demographic dividend" -- 51% of its population is under 25 and two-thirds under 35 -- it is "imperative that it nurtures a healthier population," the KPMG report said. Some 39% of India's children are stunted due to disease and malnutrition, according to government figures. These children are also at risk from cognitive impairment.

Meanwhile, a litany of manpower and infrastructure problems needs to be fixed. While 70% of Indians live rurally, 80% of hospitals, clinics, laboratories and diagnostic centers are in cities. India has a severe shortage of medical personnel and only 1.3 hospital beds per 1,000 people, significantly fewer than the WHO's recommended level of 3.5 per 1,000.

This produces scenes like one at a top New Delhi public hospital recently. A man in his early 60s lay on a metal cot in a dirty, crowded ward, struggling for breath, as relatives wiped his perspiring forehead under an ineffective ceiling fan.

"His diabetes is very bad and his kidneys are very bad. The doctor says he needs to be in intensive care but they have no beds," his wife said despairingly.

The medical system works better in parts of India where responsibility for health is shared between the federal and state governments. Experts point to the southern state of Tamil Nadu's public healthcare centers as a national model. The centers provide check-ups, prenatal care and a host of other services, as well as dispensing free medicines.