Moody's warns of ongoing risks on Korean Peninsula despite dialogue

TOKYO -- Despite tentative signs of a thaw in inter-Korean relations recently, Moody's Investors Service reminded investors Wednesday that "nothing has changed" in terms of the fundamental tensions over Pyongyang's development of nuclear weapons.

The economic impact of a military crisis would be far-reaching, causing capital outflows to many countries in Asia and an export-crippling yen appreciation in Japan, said Christian de Guzman, sovereign debt analyst at the U.S. ratings company.

"North Korea continues to assert that they should be acknowledged as a nuclear power, whereas the United States, as well as Japan, have continued to assert their position that they won't allow nuclear weapons on the Korean Peninsula," de Guzman said in a media round table here.

The US "hasn't totally disavowed the potential for a conflict. Preemptive strikes, for instance, continue to be much of a topic of discussion in Washington," he added.

He made the comments in response to a recent series of positive developments regarding North Korea, including its resumption of dialogue with Seoul, a suggestion by U.S. President Donald Trump that he is open to talks with Pyongyang, and the postponement of joint military drills by the U.S. and South Korea until after the Winter Olympics in Pyeongchang, in which the North is set to participate.

Moody's raised its political risk assessment for the Korean Peninsula in August, warning that the probability of a conflict scenario had increased, even though it was not its main scenario.

Should a conflict break out, Moody's says, Vietnam and Japan would be most exposed to economic fallout among countries outside the Korean Peninsula, due to their trade linkages. Vietnam hosts assembly plants of South Korean mobile phone makers Samsung and LG, while Japan is a top supplier of components and machinery to South Korea, as well as a major destination for its tourists.

A conflict would not only affect trade flows, but capital flows as well, depriving Asian countries of capital supply from South Korea. Heightened risk aversion could also trigger broad capital outflows from the region, spreading the crisis to countries with precarious external positions, such as Sri Lanka.

Flight to safety would also likely ensue, causing a sharp appreciation of the yen. If a conflict lasted more than a few weeks, the strong yen could start biting into the real economy, such as exports, de Guzman warned. 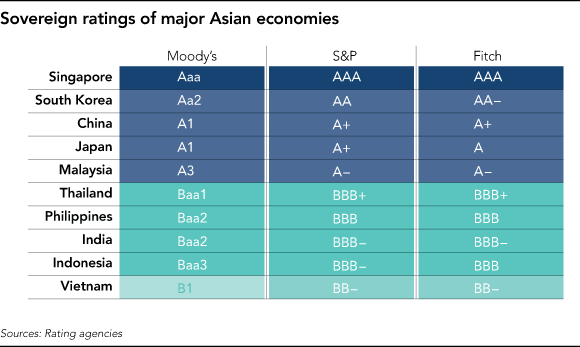 North Korea is just one example of the risks that are still lurking under the generally positive economic outlook for the Asian region, which stands to benefit most from the expected expansion of the global economy in the coming year because of its manufacturing-oriented economic structure.

In China, "we do think that the growth has stabilized somewhat," de Guzman said. Moody's last year downgraded China's sovereign debt, to A1 from Aa3, in the first downgrade since 1989, amid concern about the country's rising levels of debt. China's public sector began accumulating debt after the global financial crisis prompted a massive stimulus program by the government, while accommodative monetary policy has fueled lending, creating excess production capacity in mature manufacturing industries such as steel and glass.

Beijing is now trying to restructure inefficient industries, while maintaining growth, a task that is widely seen as a challenge.

Since the downgrade, de Guzman said, the Chinese government has become "more vocal" about reducing debt. But actual progress is likely to be slow, he predicted.

"While there has been much emphasis on deleveraging, we actually don't think that there is going to be much in the way of the actual debt ratios turning down," he said. "There will be a slowing in debt accumulation, but deleveraging is perhaps far away in the absence of actually changing the growth targets." 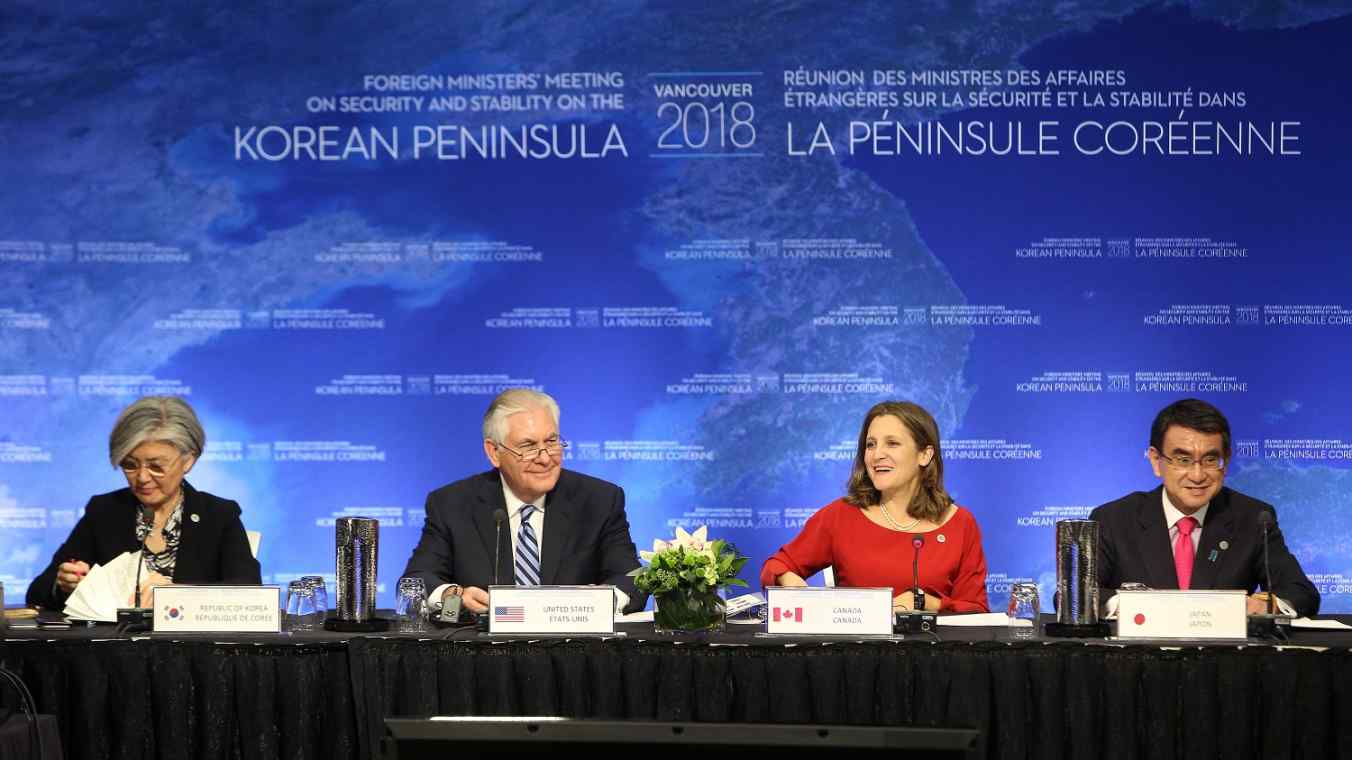 US and South Korea put off military drills until after Olympics

Concerns about high levels of debt are not limited to China. Large amounts of foreign debt held by Indonesian companies could pose a risk to the country's economy, as the U.S. Federal Reserve is expected to keep raising interest rates this year.

Indonesia suffered a capital outflow and a plunge in its currency, the rupiah, in 2013 after speculation started swirling that the U.S. central bank would begin monetary tightening.