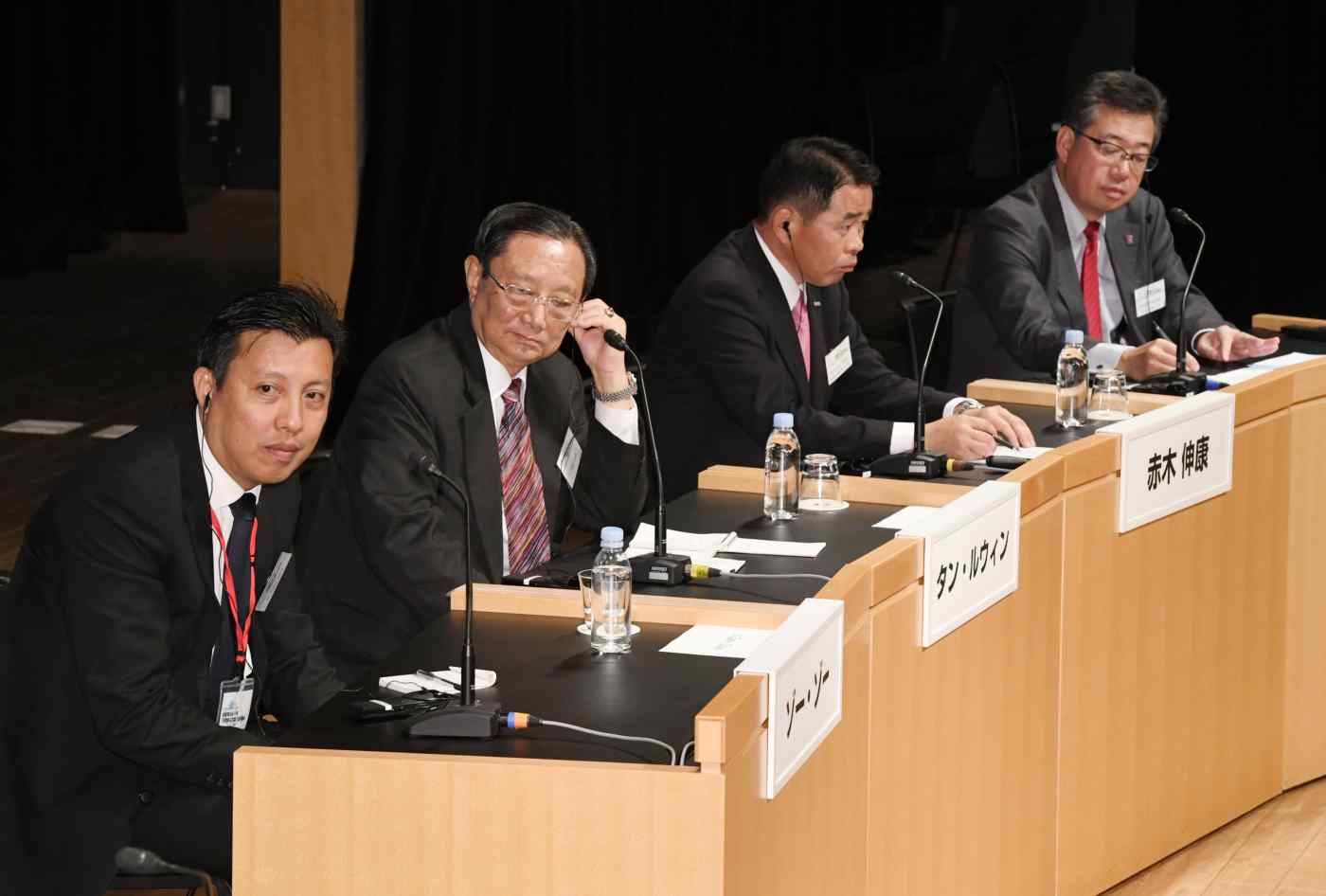 TOKYO -- Business leaders in Myanmar are confident in the country's future under the National League for Democracy government headed by de facto leader Aung San Suu Kyi, although they say improvements in infrastructure and the banking sector are needed to assure growth.

Speaking at a Myanmar economic forum sponsored by Nikkei Inc. in Tokyo on Monday, Chit Khine, chairman of Eden Group, a conglomerate active in hotels and other businesses, said he believes the government's top priority is to deal with recent clashes between government forces and ethnic armed groups in northern Myanmar.