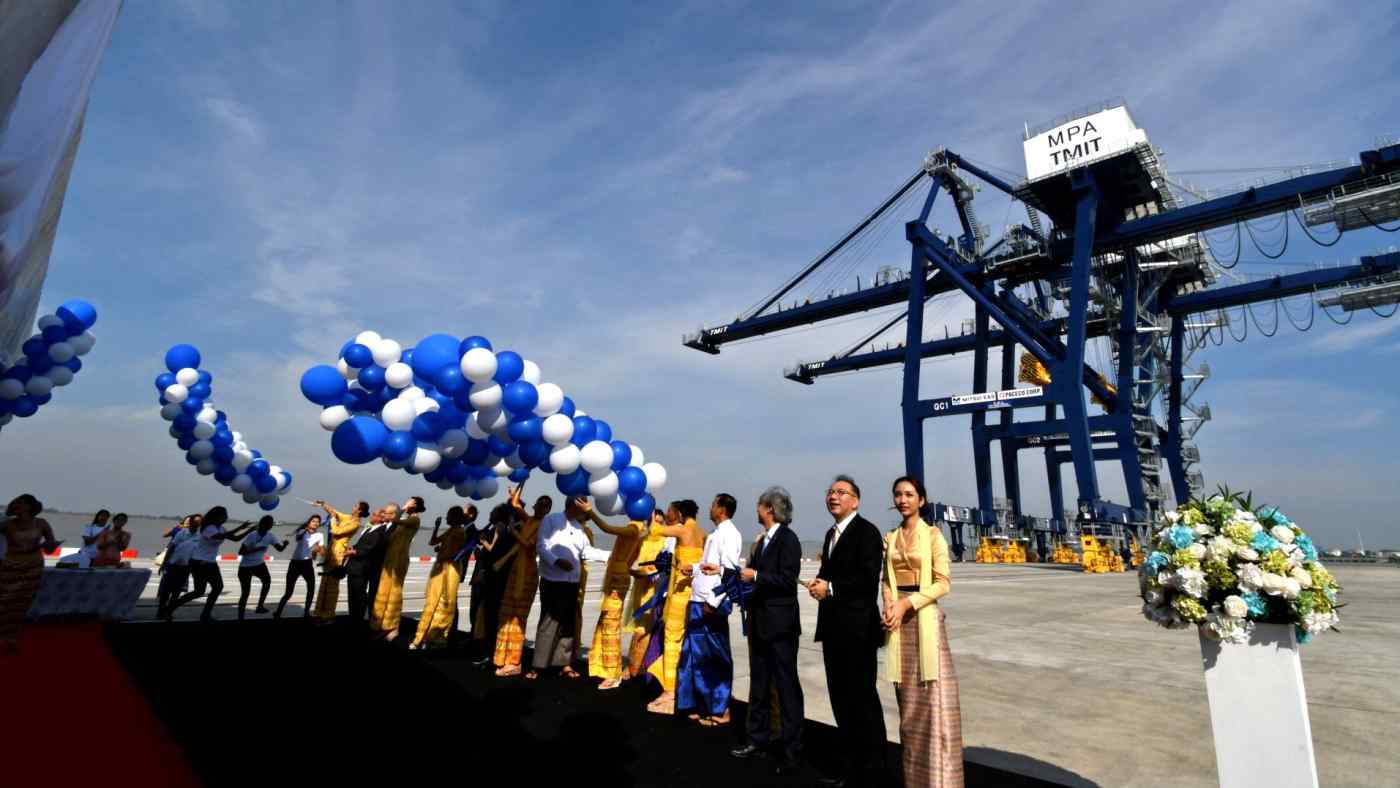 YANGON -- A container terminal built just outside of Myanmar's largest city with aid from Japan is slated to open as early as March, after its completion was celebrated Friday.