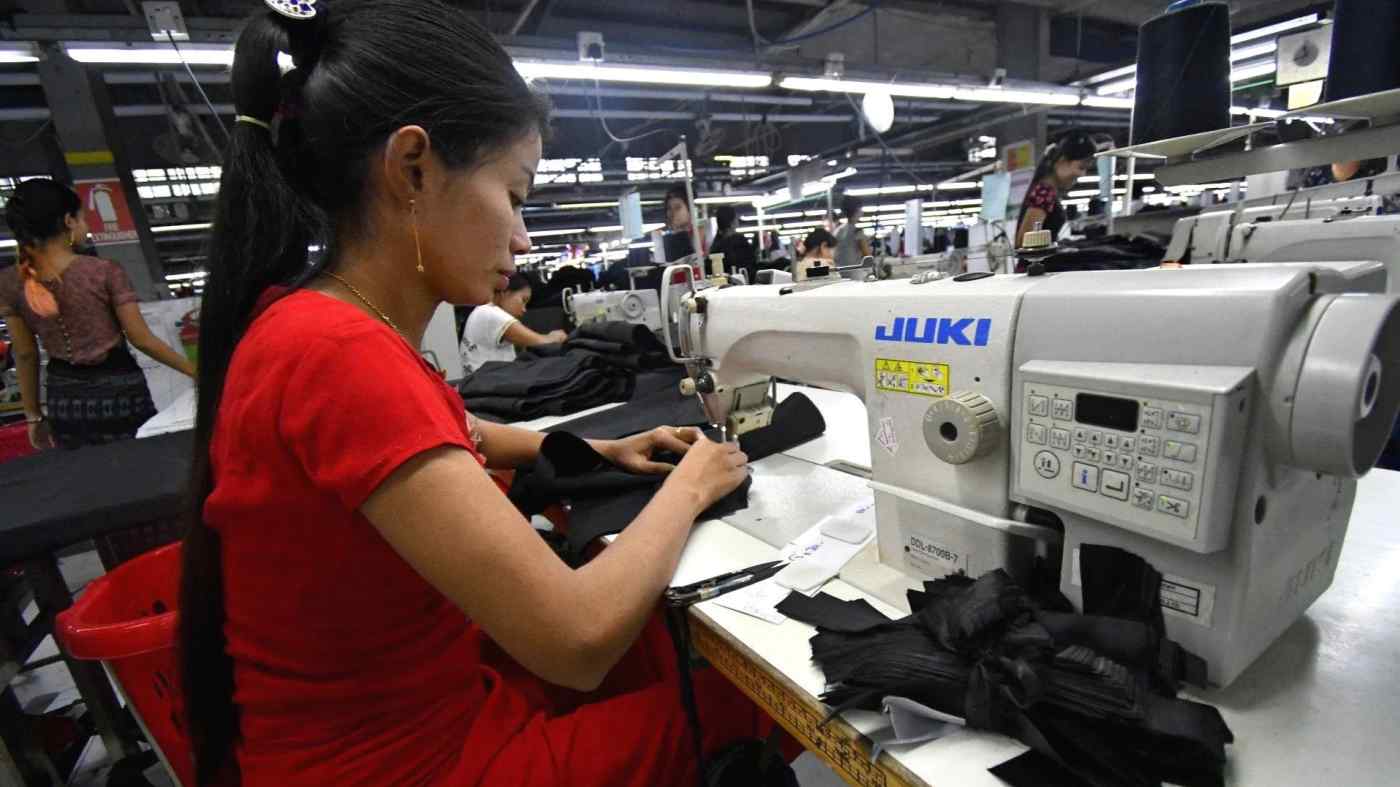 YANGON -- Foreign investment shows signs of recovering in Myanmar, one of Southeast Asia's frontier markets, led by more than twofold gains in inflows from China and Singapore.

Approved foreign investments rose 79% on the year for the six months ended in June, reaching $2.35 billion, according to Myanmar's Directorate of Investment and Company Administration.

The rebound looks likely to last throughout 2019, a turnaround for the government of de facto leader Aung San Suu Kyi, which has struggled to attract investment from Western nations critical of Myanmar's treatment of the Rohingya Muslim minority population.

Just this week, the U.S. imposed sanctions on the Myanmar military's commander-in-chief and other senior officers.

Investment from Singapore, where many Japanese and Western companies base their regional operations, nearly tripled to $1.3 billion in the first half of 2019. Inflows from the European Union totaled $31 million.

The U.S.-China trade war appears to have accelerated a shift in production by apparel companies to the Southeast Asian country, a trend that had been driven by rising Chinese labor costs. Foreign investment in Myanmar's manufacturing sector rose about 60% to $700 million.

Investment in transportation and telecommunications quadrupled to $1 billion as the government approved a number of infrastructure projects, including Indian conglomerate Adani Group's plans for a container terminal at a port in the commercial capital of Yangon.

Suu Kyi's democratically elected government, which has seen foreign investment fall each year since military rule ended in 2016, has taken steps to make Myanmar more attractive to investors. It has allowed full foreign ownership of retail and wholesale businesses and recently approved such deals in its fledgling insurance market. Toyota Motor plans to build its first vehicle assembly plant in the country, Nikkei reported in May.

But at the current pace, investment inflows in 2019 are unlikely to surpass the five-year average of $5.5 billion logged under the previous government, the last during military rule. The Suu Kyi government's target of $6 billion also appears to remain out of reach.

The deregulation in insurance and other sectors "served as a positive trend for investing in Myanmar," Peter Crowhurst, CEO of the British Chamber of Commerce in Myanmar, told the Nikkei Asian Review. On the Rohingya situation, Crowhurst said Myanmar's government needs "to constantly address the issue to make positive steps to improve the situation, being open and transparent."

August marks two years since the start of the Rohingya refugee crisis, which tarnished Suu Kyi's human rights record and the country's image as an investment destination.

Clashes between the Muslim minority and Myanmar security forces triggered the exodus of 740,000 people to neighboring Bangladesh, where most languish in refugee camps. The U.S. calls the persecution of the Rohingya "ethnic cleansing."

This week's American sanctions on top military officer Min Aung Hlaing mark the first by a foreign government against the commander-in-chief.

"We remain concerned that the Burmese government has taken no actions to hold accountable those responsible for human rights violations and abuses," U.S. Secretary of State Mike Pompeo said in a statement on Tuesday.

The EU has sanctioned 14 Myanmar military leaders and said it is considering removing the country from a program that lets developing nations export goods to the European market duty free -- a move that, while unlikely, would deal a blow to Myanmar's economy.