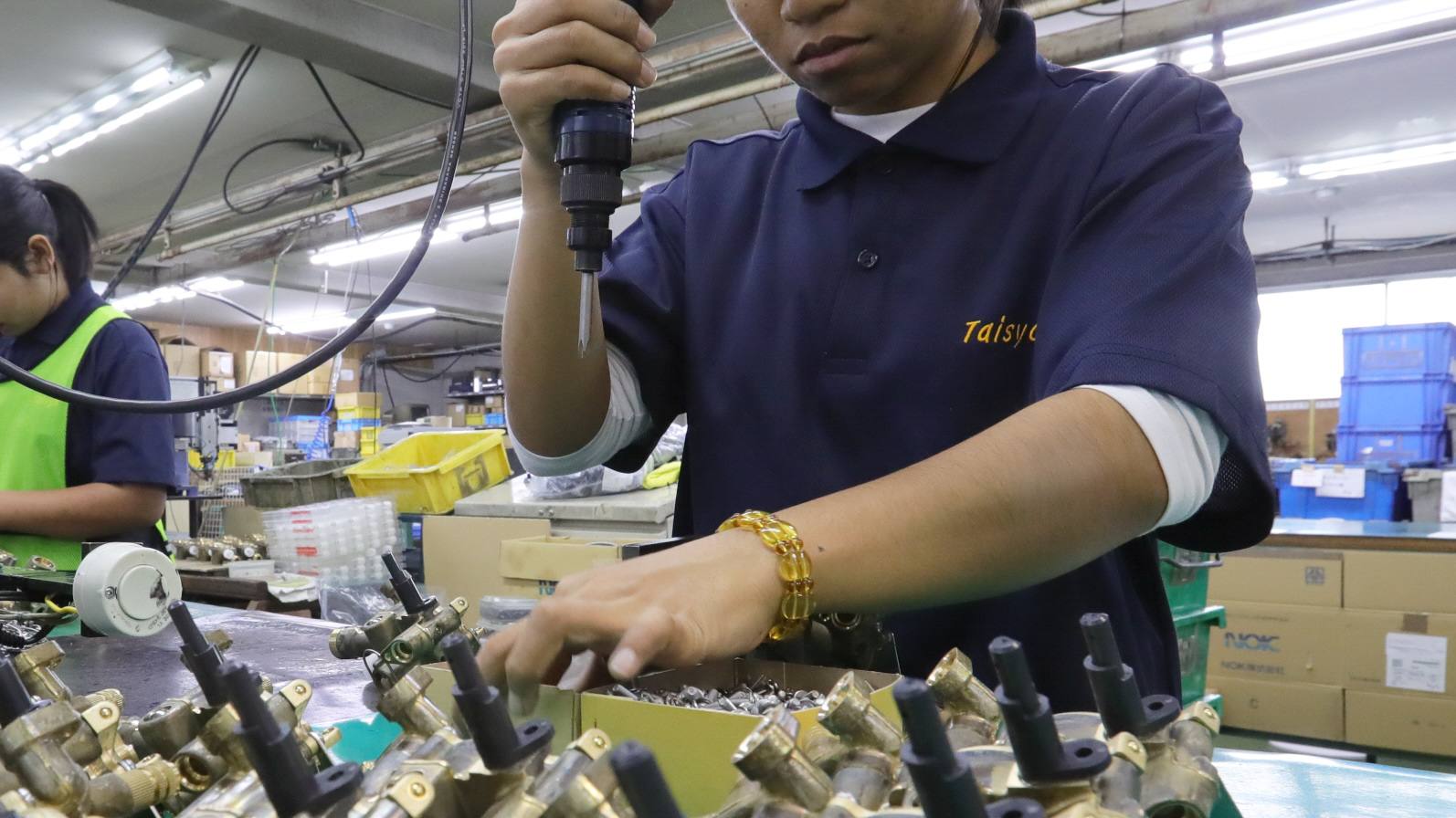 A Myanmar trainee at an Osaka factory: The Burmese union has received complaints over unpaid wages and excessive overtime in recent years. (Photo by Ken Kobayashi)

The roughly 130-member Federation of Workers' Union of the Burmese Citizen became part of the Japanese Association of Metal, Machinery and Manufacturing Workers.

The association known as JAM counts roughly 1,900 unions and 390,000 individuals as members, and had supported the Burmese union for some time. The group has members at major manufacturers such as Komatsu and Kubota, and wields influence in Japan's annual spring wage negotiations.

The Burmese union has received several complaints regarding unpaid wages and excessive overtime in recent years. JAM and the federation will negotiate with employers toward improving these conditions.

JAM itself is an affiliate of Rengo, the Japanese Trade Union Confederation.

The International Labor Union of Bhutan, formed by Bhutanese students in Japan last year, also will join the Japanese association. JAM aims to help Vietnamese and Japanese-Brazilians organize as well. 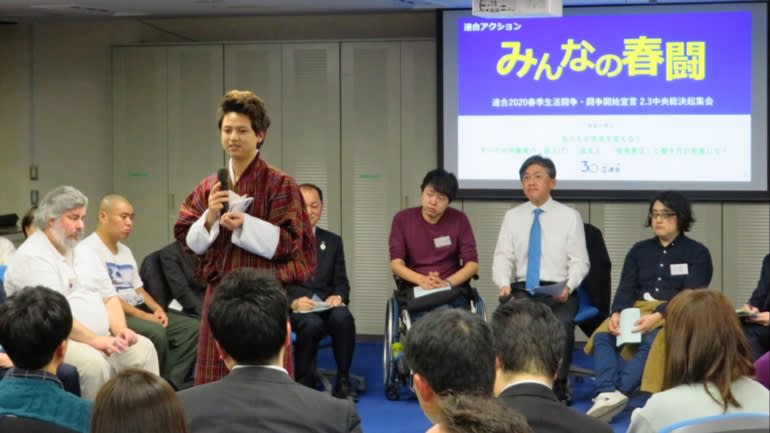 A Bhutanese worker speaks at a satellite meeting hosted by Rengo on Feb. 3 to prepare for annual wage negotiations in Japan. (Photo by Ryosuke Hanada)

"We are receiving various kinds of complaints from all over," said Katahiro Yasukochi, the JAM chair and Rengo vice chair. "We want to be actively involved in labor issues related to foreign workers."

A record 1.65 million foreigners worked in Japan as of the end of October, the labor ministry says. The number has jumped 13.6% in 12 months and roughly tripled in a decade.

Just over 35% of these individuals work at small businesses with fewer than 30 employees. China ranks first as the source of these workers, at 25.2%. Those from Myanmar make up less than 10%, but more people from that Southeast Asian country are arriving to work and study in Japan, the Justice Ministry says.

Unions based around foreign nationals are not new in Japan. But language barriers and turnover among members had limited their influence until now. By joining an established labor organization, "they can boost their negotiating position for better conditions," said Shoichi Ibusuki, an attorney specializing in labor issues.

Increased participation by foreign workers could breathe new life into the unions as well. Japan's estimated unionization rate peaked at 55.8% in 1949, and has since declined to 16.7% in 2019, the labor ministry says.

Japan's unions have sought to organize irregular workers since the 2000s, responding to criticisms that they cater only to full-time, permanent employees. Many foreign employees tend to work irregular jobs, and they are considered more likely to face labor disputes because of cultural differences. Greater organization by foreign workers could force Japanese employers to adopt new ideas for human resources.