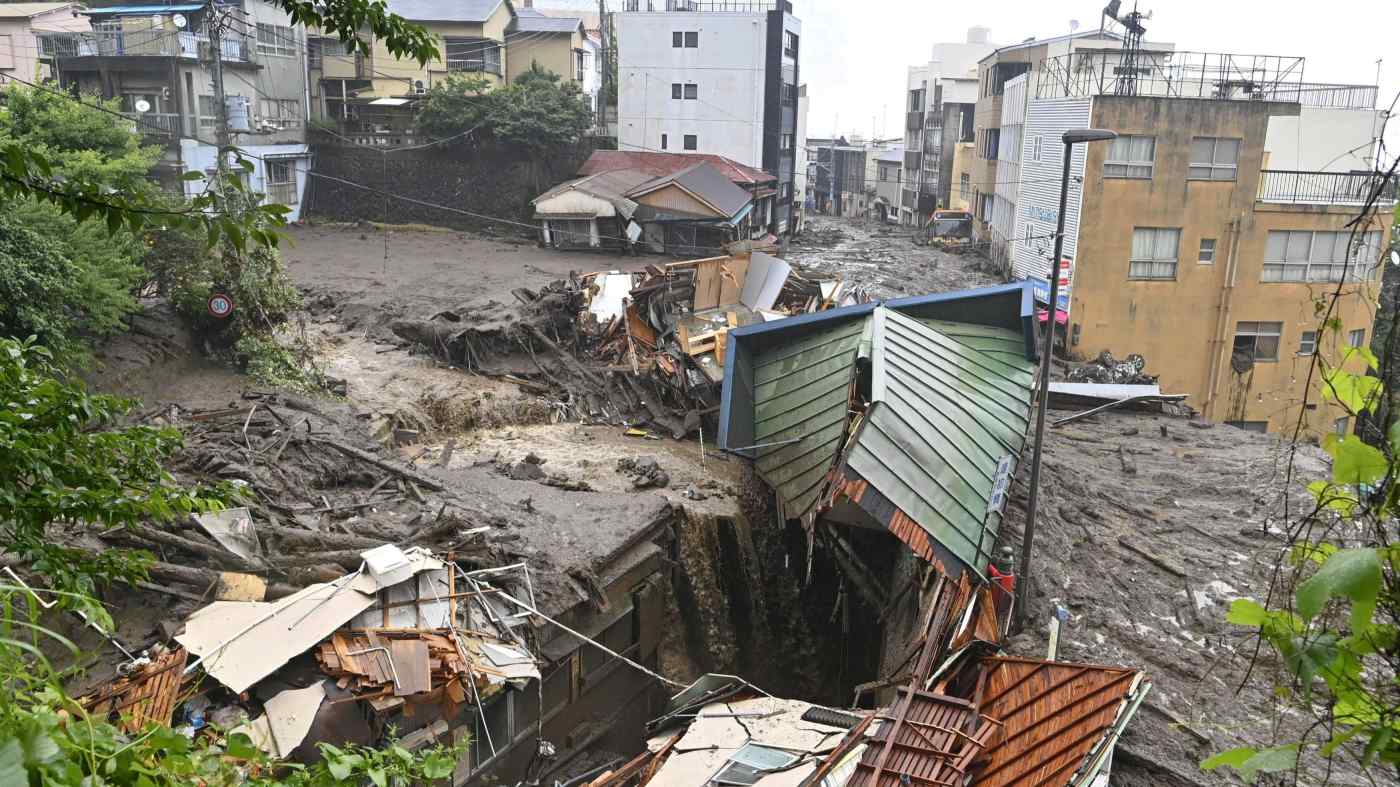 TOKYO (Reuters) -- At least three people were found dead and more than 100 were missing after torrential rains triggered landslides in the central Japanese city of Atami over the weekend, a local official and media said on Monday.

A person was confirmed dead, bringing the death toll to three with 113 people still missing in the seaside city of Atami 90 km southwest of Tokyo, spokesman Hiroki Onuma told Reuters, after floods, landslides and cascading mud collapsed and half-submerged houses on Saturday.

The third person killed after the landslides was a woman, Kyodo news agency said.

The torrential rains and landslides are a reminder of the natural disasters -- including earthquakes, volcano eruptions and tsunami -- that haunt Japan, where the capital Tokyo is to host the summer Olympics beginning this month.

The landslides, which affected about 130 buildings, occurred around 10:30 a.m. on Saturday in Atami, which is home to hot spring resorts and sits on a steep slope into a bay.

The water, mud and debris are thought to have flowed along a river for about 2 km to the sea, local media said.