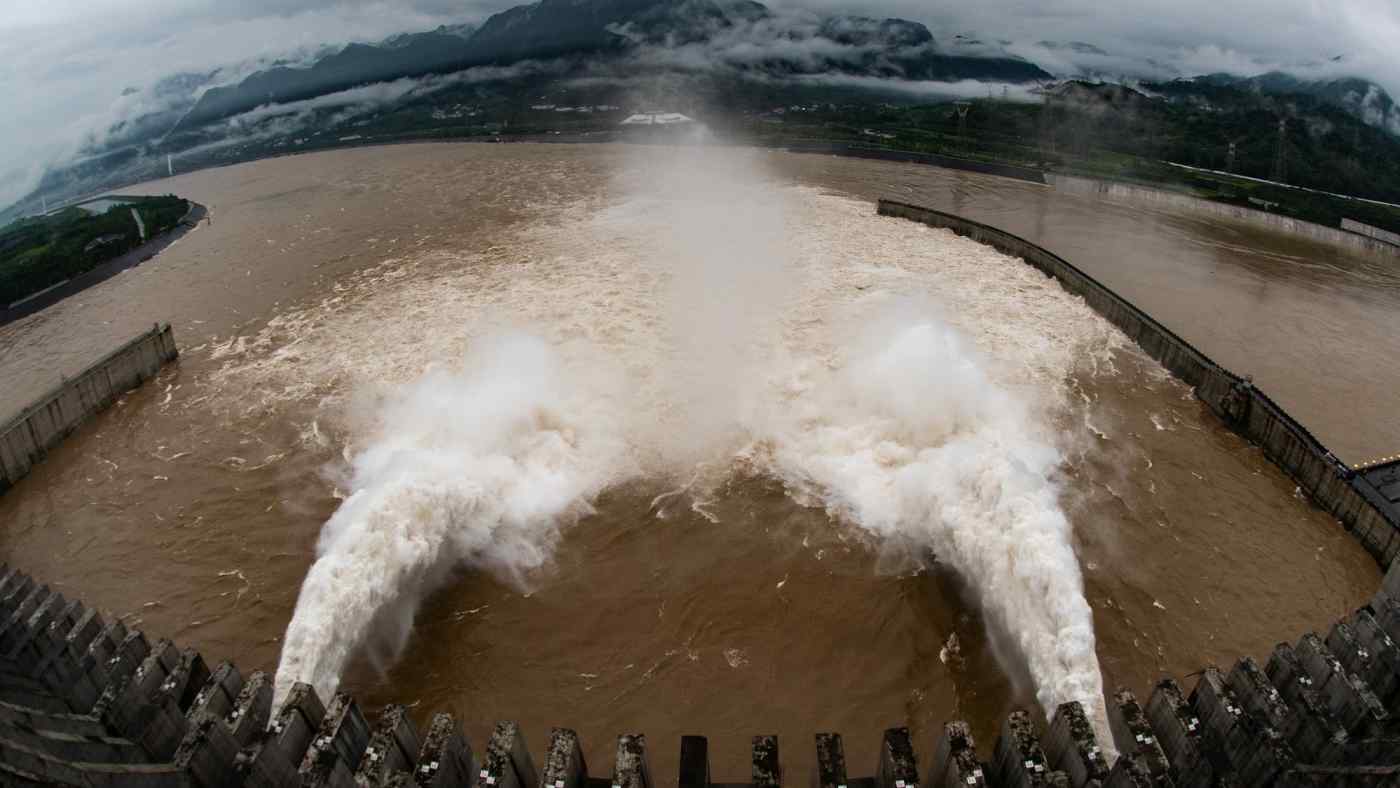 One of the world's largest, the Three Gorges Dam in Hubei Province is now holding back water from the Yangtze River, China's longest, at a level topping 162 meters as of Tuesday afternoon. The dam was built to hold 145 meters of water.