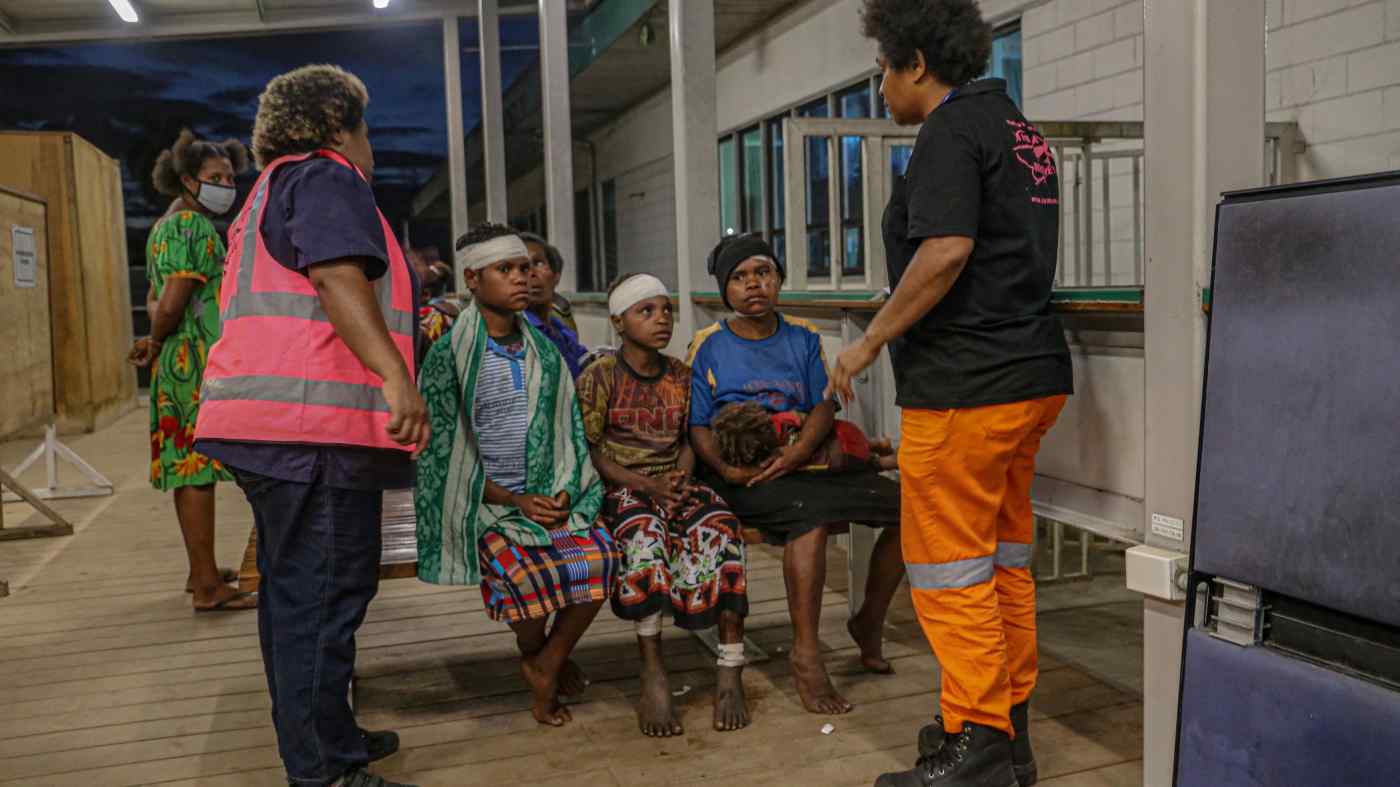 SYDNEY (Kyodo) -- At least four people have died in a magnitude 7.6 earthquake that hit eastern Papua New Guinea on Sunday, with the temblor also causing injuries as well as damaging buildings and infrastructure, according to a U.N. agency.

The quake struck a remote area about 66 kilometers east of the town of Kainantu in the country's Eastern Highlands at 9:46 a.m. Sunday, according to the United States Geological Survey.

The four reported deaths were all due to landslides, the U.N. Office for the Coordination of Humanitarian Affairs said Sunday.

Others were injured by falling structures or debris, the U.N. agency said, adding information from the affected area indicated there has been damage to residences, health centers, roads and power supplies. Some of the injured were airlifted for immediate medical treatment.

A tsunami warning was issued but then lifted shortly after.

Earthquakes are common in the country which sits on the Pacific Ocean's "Ring of Fire," a hot spot for seismic activity due to friction between the Pacific Plate, an oceanic tectonic plate, and several surrounding continental plates.

In 2018, Papua New Guinea's Highlands region was struck by a magnitude 7.5 quake which killed at least 125 people and displaced thousands, causing widespread damage to homes and infrastructure.