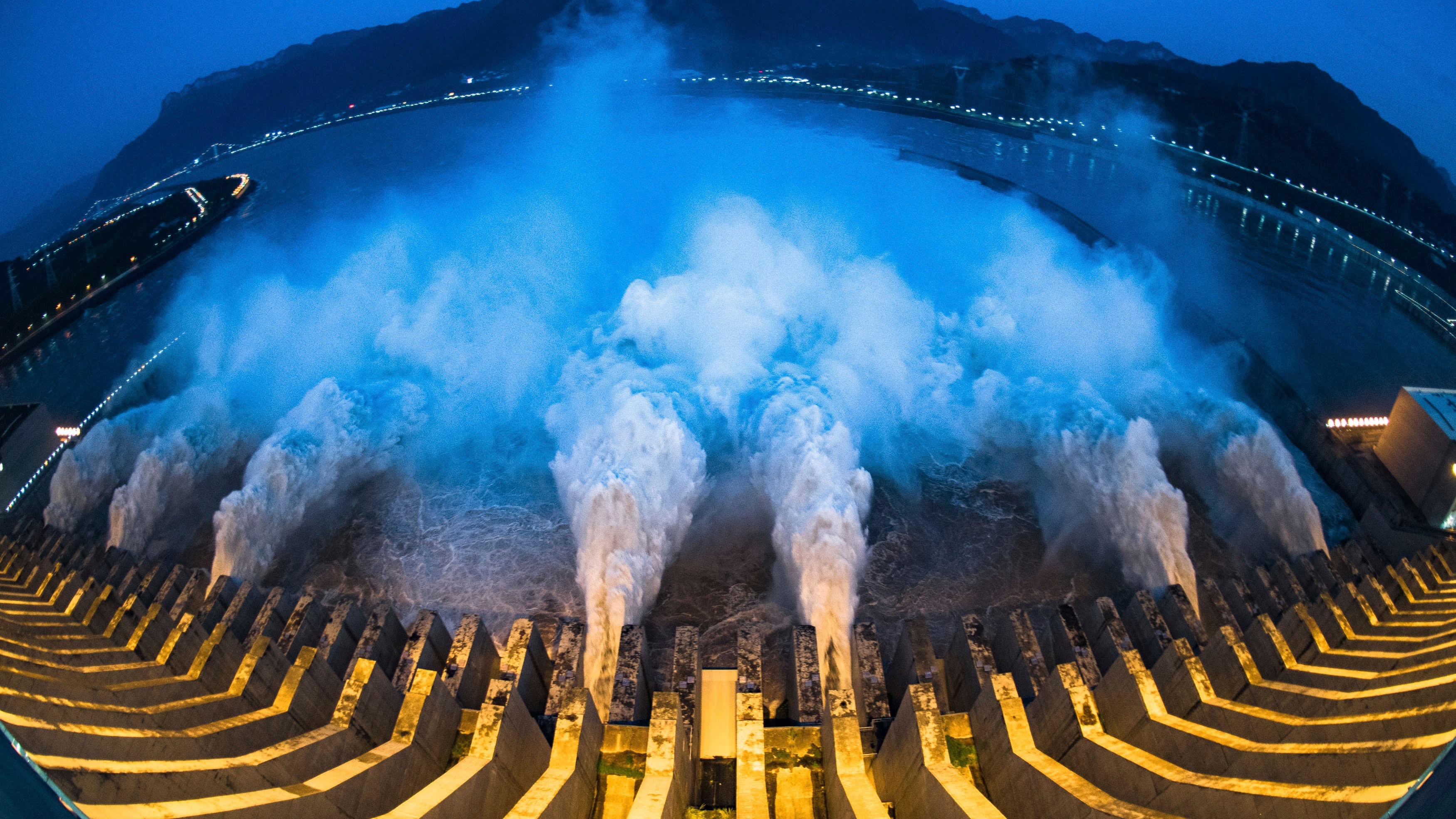 SHANGHAI -- Local authorities in central China issued their highest flood alert after the water level of a major river reached nearly 29.7 meters on Monday, well above the danger level of 27.5 meters.

The country's National Meteorological Center forecast heavy rains of between 100 mm and 160 mm from Tuesday to Thursday in Sichuan, Anhui, Hubei and Henan provinces.

Local authorities in the Huaihe River area described the flood control situation on Monday as "grim" after waters reached this year's record of 29.66 meters. Officials warned of more rain to come, sending the flood warning alert to "red" -- the highest in the four-tier system.

The river passes through the central region of Anhui, Henan, Jiangsu and Shandong provinces, separating the northern and southern parts of economically vital east China.

On Monday, local authorities discharged waters at the Huaihe River-linked Wangjiaba Dam. State media reported that part of the Chuhe River's levee in Anhui Province was demolished on Sunday to divert floodwaters.

In a video posted on social media on Monday, flooding in the city of Liuan in Anhui trapped 10,000 residents. Rescuers were seen trying to reach villages on boats.

China's rainy season started on June 1, one week earlier than usual, according to the National Climate Center. Heavy rainfall was concentrated mainly in the middle and lower reaches of the Yangtze River, the country's longest waterway, resulting in average precipitation of 370 mm through July 9. The level tracked the record in 1961, and was 55 mm higher than in 1998 when thousands were killed and countless properties destroyed.

Chinese officials said this year's tropical rainstorms were a result of massive water vapor from the Bay of Bengal meeting cold air from the north.

The downpours are also testing the Three Gorges Dam. Completed in 2006 despite protests by environmentalists and residents, the water level in the reservoir behind the dam grew by 25% of its total capacity since Saturday.

Officials dismissed accusations that the dam had failed to prevent floods in downstream cities.

"If flooding occurred via heavy rainfall in the middle and lower reaches of the Yangtze River, the cities surrounding these reaches would have to mainly rely on their own flood drainage facilities," state-owned Three Gorges Corporation was quoted as saying in the Global Times on Monday. "Under such circumstances, the Three Gorges Dam can still make a contribution by retaining and impounding water to ease the pressure on those cities."

Continuous flooding with no sign of a letup will likely slow the country's economic recovery. China posted a better than expected gross domestic product growth of 3.2% in the second quarter, mainly due to industry investment rather than consumer spending

"[The] stimulus-driven demand has not yet handed over to private consumption as the driver of growth and, until it does, China's recovery will remain unbalanced and vulnerable to shocks," S&P Global Ratings said in a report on Tuesday.