SHANGHAI (Reuters) -- Chinese regions as far apart as Sichuan in the southwest and Gansu in the northwest are at heightened risk of natural disasters in the coming days amid another round of torrential rain, the country's weather bureau said on Thursday. 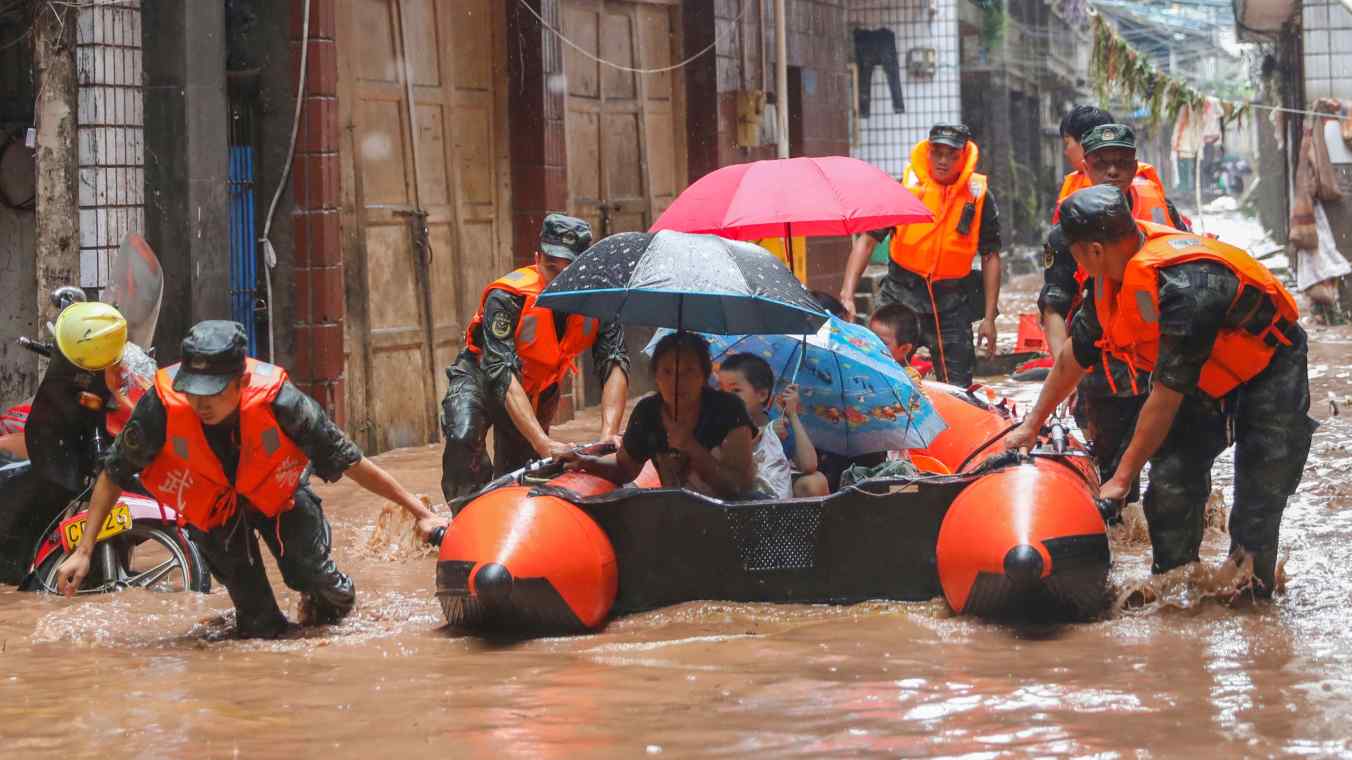 Parts of the eastern coast, including the Bohai Bay region, Shandong and the province of Jiangsu also face hurricane-force winds, the China Meteorological Administration said.

The port cities of Qingdao and Rizhao on the eastern coast were the latest to see record-breaking daily rainfall on Wednesday, and the provinces of Jiangxi and Anhui on the Yangtze river issued new red alerts early on Thursday.

The Ministry of Water Resources said 93 rivers remained above warning levels, adding that the Three Gorges reservoir, China's biggest, will need to be closely monitored as incoming floodwaters surge.

"The current flood control situation remains severe and cannot be relaxed in any way," it said.

Regions throughout China have been ordering emergency evacuations as a result of landslides, burst riverbanks and mountain floods.

China has vowed to take a scientific approach to controlling floods and has made use of early warning systems as well as its dams and reservoirs to try to minimise the damage.

More than 45 million people have been affected since flood season began in June, with 142 people dead or missing, but the figure is lower than usual, state news agency Xinhua said on Wednesday. Direct economic damage, at just over 160 billion yuan ($22.84 billion), was also lower than the five-year average.

However, experts say the heaviest rainfall in decades has exposed the country's overreliance on giant feats of engineering like the Three Gorges Dam, to regulate and utilise its water supplies. ($1 = 7.0041 yuan)