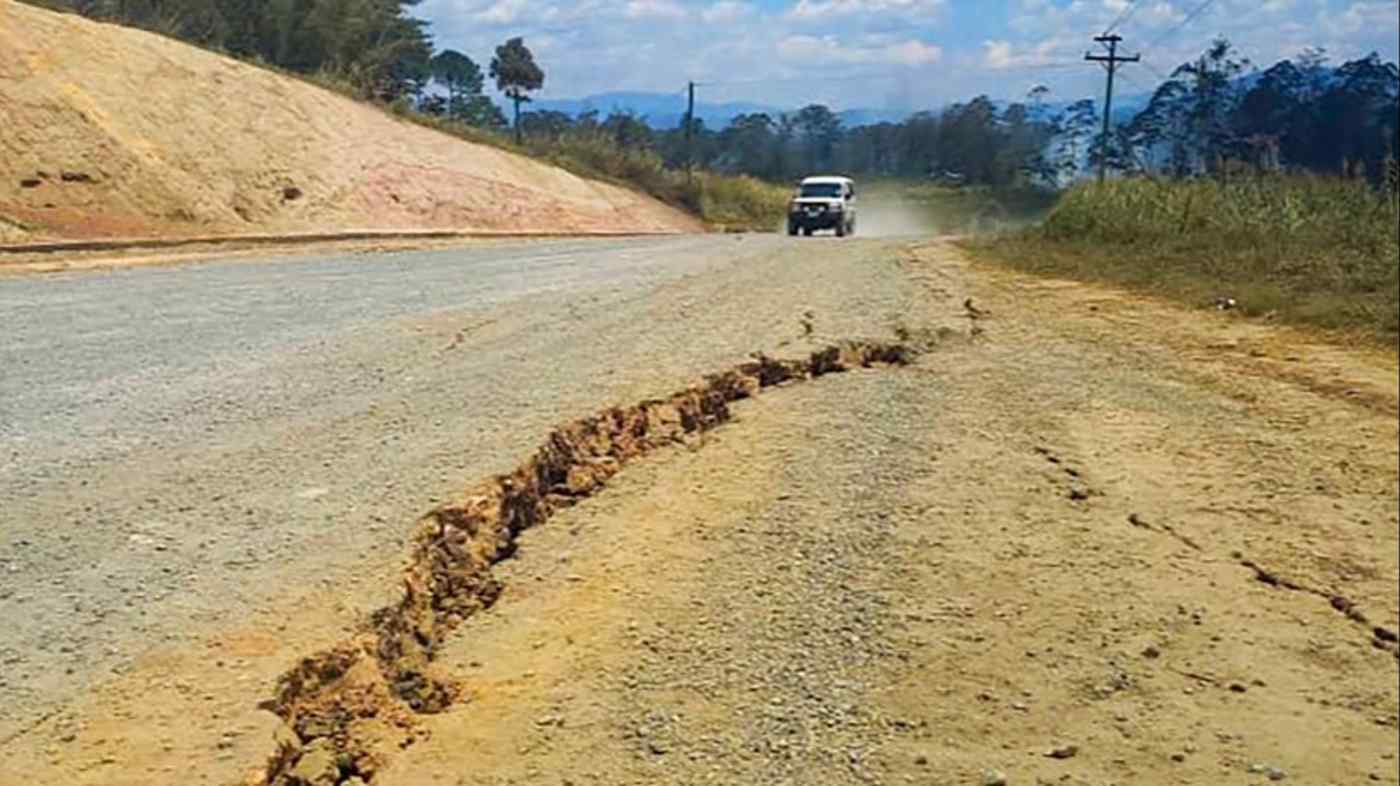 A large crack is seen in a highway near the town of Kainantu, following a 7.6-magnitude earthquake in northeastern Papua New Guinea on Sept. 11.   © AP
September 11, 2022 15:59 JST | Indonesia
CopyCopied

The quake in the Mentawai Islands west of Sumatra struck at a depth of 27 km (17 miles) and was followed by one of magnitude 5.3 in the same area, authorities said. There was no danger of tsunami.

One person was injured in the head by falling wood, and a school and health center were among properties slightly damaged, the disaster agency said.

Mentawai resident Nurjuli Hasanah told Reuters the quake felt strong and shook her wooden house. "Some of (the residents) are still in an evacuation shelter and some have gone back home," she said.